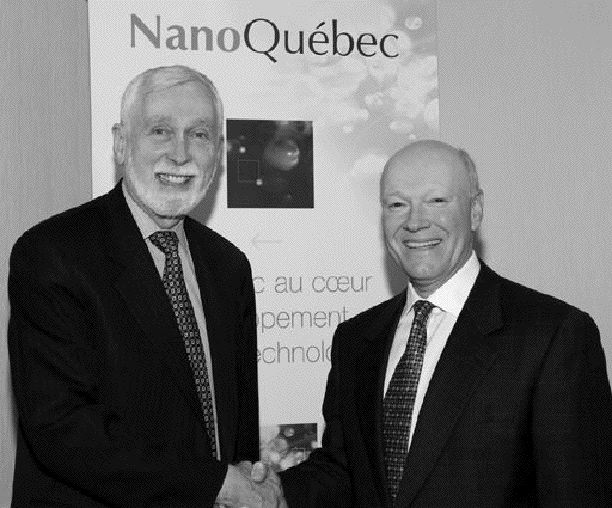 In an effort to infuse the pulp and paper industry with technological innovation and creativity, Paprican has signed an agreement with NanoQubec. President and CEO of Paprican Dr. Joseph Wright point…

In an effort to infuse the pulp and paper industry with technological innovation and creativity, Paprican has signed an agreement with NanoQubec. President and CEO of Paprican Dr. Joseph Wright pointed to the seminal role the pulp and paper industry plays in Canada, accounting for a sizeable $33.7 billion contribution to the GDP, as well as providing an approximate one million direct and indirect jobs. “But the industry is not appreciated by the public at large and that’s why these partnerships are important,” he said of the agreement. “We need to branch out to new areas with new technologies to ensure our long-term competitive advantage.”

In a business environment characterized by a focus on day-to-day operations and a forced blind eye to what the future might hold, research institutions are largely left to lead the way in terms of innovation. Dr. Wright contends that partnering with NanoQubec is a step in the right direction in working towards creating value for the industry. “Yes, the industry is stressed, and so are we,” he said. “But part of out challenge is to lead the industry where it needs to go. What we intend to do is identify opportunities for applications of nanotechnology to our current suite of products. We’re looking at some of the bigger ideas.”

The accession will see the two organizations couple their networks of relationships. NanoQubec will gain access to Paprican’s sister institutes, Forintek and FERIC, while both organizations will benefit from their counterpart’s links to various universities, industry associations and governments. It is anticipated the agreement will not only generate ideas for research and innovation, but will also facilitate access to funding for particular projects and undertakings.

“Quebec has an enviable position. It has access to many universities, it has investment, commercialization, which all affect products to be used in the forest industry,” said Jean Gaulin, president of NanoQubec’s board of directors. “But we’re trying to find ways to maximize the value of the industry. We need a high calibre of researchers. We need to bring work to smaller corporations, playing the role of a ‘broker.’ We need to find new applications for the traditional sectors of the industry that have reached maturity.”

The initial time frame set up for the agreement is three years. Gaulin is hopeful that it will serve as an inspiration to other industrial sectors to follow suit and undertake similar projects. “We are very happy to sign this agreement, and we hope it will continue to evolve. I am absolutely convinced that this agreement will lead to a number of other agreements for sectors that are critical to Quebec’s and our country’s economic future.”