Richard J. Taggart has been elected executive VP and chief financial officer by Weyerhaeuser Company's board of directors.STFI's Dr. Anita Teleman is one of the recipients of the 2003 Marcus Wallenber... 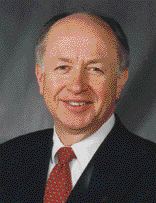 Richard J. Taggart has been elected executive VP and chief financial officer by Weyerhaeuser Company’s board of directors.

STFI’s Dr. Anita Teleman is one of the recipients of the 2003 Marcus Wallenberg Prize, for the discovery of hexenuronic acid residues in kraft pulps and development of a method for removing hexenuronic acids before pulp bleaching. Other awardees are Dr. Johanna Buchert, Maija Tenkanen and Tapani Vuorinen.

Metso Paper appointed Per Eiritz as president of its Tissue Business Line.

SKF has named Donald A. Poland as president of the SKF Service Division, North America.

The board of directors of Bowater Incorporated appointed Gordon D. Giffin to the company’s board. Giffin is co-chair of the Public Policy and Regulatory Affairs practice for McKenna Long & Aldridge LLP with offices in Washington, DC and Atlanta, GA.

Buckeye Technologies Inc. announced that Robert E. Cannon, chairman and CEO, will retire in June, 2003. Cannon led the leveraged buy-out of Procter & Gamble’s pulp business, which resulted in the formation of Buckeye and has served as the chairman and CEO since it was established in 1993.

General Joseph W. Ralston, USAF, retired, was elected to the board of directors of Timken Company for a three-year term, expiring at the 2006 annual meeting.

Let everyone know about the changes at your company. Contact info@pulpandpapercanada.com

The pulp and paper industry mourns the loss of one of its leaders, Dr. Barry Crouse, Dean of the Graduate School, Institute of Paper Science and Technology, who passed away on March 16, 2003. His leadership in the industry and the IPST’s faculty, alumni, staff, and students will be sorely missed.

Dr. Crouse had been part of the management team of IPST for the past 14 years. He was scheduled to become the assistant director of the new IPST at Georgia Tech. He had been a TAPPI member for over 30 years, a TAPPI Fellow, past director of TAPPI, and past director of ESPRA. He had over 22 years of industrial experience and was Unit Director of Paper Technology Department with Eastman Kodak.

Related
South America: Rich in resources
Pulping & Bleaching
NOW AND THEN: P&PC at 100
Connecting a mouse to the computer