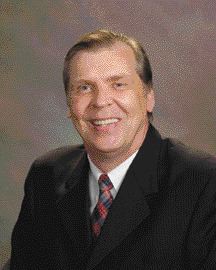 Weyerhaeuser has also announced that PETER MELLBLOM is the new plant manager for the Delaware Trus Joist facility. Mellbom was previously the technical director for the company’s custom manufacturing in Boise, Idaho.

Kemira has named HANNU MELARTI president of the company’s pulp & paper chemicals business in North America. He joins the company from Metso Corporation, where he served as president of Metso USA.

KAI KORHONEN has been appointed senior executive vice president of Stora Enso Packaging Boards. He continues as a member of the Executive Management Group.

PEKKA LAAKSONEN has been named senior executive vice president of Stora Enso Fine Paper, and continues as a member of the EMG.

THOMAS GRACE, emeritus professor at the Institute of Paper Science and Technology in Atlanta, GA, has been inducted into the Industry International Hall of Fame, a non-profit organization that recognizes people who have made preeminent contributions to the paper industry worldwide.

DR. ARTHUR J. RAGAUSKAS, a professor at the Institute of Paper Science and Technology at the Georgia Institute of Technology has been elected a Fellow of the International Academy of Wood Science.

VESA VAINIO has been reelected chairman of UPM’s board of directors. JORMA OLLILA and BERNDT BRUNOW were elected vice chairmen.

HANS P. BLACK has been appointed to Abitibi-Consolidated’s board of directors.

Norske Skog’s election committee has suggested the company expand its board of directors from seven, to nine members. INGRID WIIK and ANNETTE BRODIN RAMPE have been recommended for election as new directors, whereas LARS WILHELM GROHOLT has been recommended for reelection. As EGIL MYKLEBUST, the current deputy chair, is not standing for reelection, the committee has nominated OIVIND LUND to assume this position.