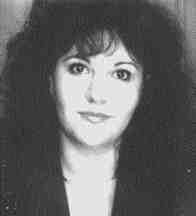 Lato: New technologies such as the Internet and teleconferencing might make it easier to bring workers together in a virtual classroom.

Second of four articles dealing with issues the industry must confrontThere is no escaping the talk of the New Economy. The business press in last few years has been writing with increased frequency o…

Second of four articles dealing with issues the industry must confront

There is no escaping the talk of the New Economy. The business press in last few years has been writing with increased frequency on its merits, which, simply put, places great weight on the idea that companies need to recruit and retain workers who are highly educated, well-versed in computer skills and practically minded.

Knowledge workers, the name given to these talented and sought-after employees, are supposed to carry companies safely into the 21st century. Accordingly, industries such as telecommunications, software development and computer technology have recognized education as a necessary investment, and have spent billions of dollars on retraining over the years.

Compared with these high-tech industries, the $50-billion Canadian pulp and paper industry’s response to worker training has been more cautious, if not lukewarm. During the last recession of the early 1990s, paper companies — with a few notable exceptions — seem to have abandoned (re)training of a workforce, whose average age is over 40.

“My worry is that our industry has been diminishing the culture of education and knowledge,” says Richard Kerekes, director of the pulp and paper centre at the University of British Columbia in Vancouver. “Education and training is not a high priority right now,” a point he emphasized in his acceptance speech for the 1999 John S. Bates Memorial Gold Medal.

The reasons are clear. In many cases, pulp and paper companies are struggling to earn a profit, and whatever dollars they do have is mainly earmarked for capital equipment and new technologies. This is often accompanied by start-up training. But mills find it problematic to justify dollars for continued training. “It is very difficult to quantify the effectiveness of training and education,” the UBC professor explains. “For example, how do you document a missed opportunity?”

The situation differs somewhat in Quebec, if only because the provincial government enacted legislation in 1996 that requires employers to invest 1% of their payroll on training and development, or face an equivalent tax bill. Although many criticize government intervention in company practices, the law’s intent is good, says Carmie Lato, course coordinator with Pulp and Paper Technical Association of Canada (PAPTAC) in Montreal. “It makes training a priority.”

Which is not the case at most mills outside Quebec. “When times are tough, the first thing that mills cut are training dollars,” Lato points out. Although she concedes that many mills are still going through a tough time, she points out that restructuring should not only focus on equipment, but take into account training and education. “There is a necessity to keep workers trained, especially with all the technological changes happening today.”

Industry Canada, a federal government body, endorses this sentiment, if only in principle. “To take full advantage of state-of-the-art technologies, forest-product firms need to complement their investment in equipment with investment in human capital,” it says on its website. “The rapid pace of technological change and automation within the forest products industry has led to continuous increases in the skill requirements for workers in the industry.”

Canadian companies, in general, lag behind such other G7 industrialized nations as Germany and France in workforce training. As Lato points out, “I’m not sure if we take training as seriously as the Europeans do. These countries have set up schools of training.”

The industry last explored such an idea about a decade ago. In the late 1980s, the Canadian Pulp and Paper Association’s (CPPA) human resource policy committee investigated opening a nationwide training or education institute like Sweden’s Markaryd school, an industry-controlled centralized campus. Although such an institution had merit, the Canadian reality — provincial jurisdiction of education, two languages, and the remote locations of most mills — made the idea impractical.

So what are mills doing today? “Mills decide their training needs on an individual basis,” says Franois Blain, director of media relations for the CPPA in Montreal.

While there may not be a national training institute, individual employers or mills are responding to the demands of the New Economy. Some notable examples:

Alliance Forest Products Ltd. in Montreal spends about 5% of its payroll on training and education, well above the minimum 1% prescribed by Quebec government’s training law. “When we have a major project — such as Dolbeau and Donnacona — the figures for training rise to almost 10%,” explains Georges Cabana, Alliance’s vice-president (human resources and public affairs). “The money is well spent,” he adds.

E.B. Eddy Forest Products Ltd. in Espanola, ON, is sending 30 employees to Sault College of Applied Arts and Technology in Sault Ste. Marie, ON, for a one-year certificate program in pulp and papermaking operations. It will take the employees two years to complete, as they are attending classes part-time.

There are a number of community colleges that have programs in pulp and paper technology, from British Columbia Institute of Technology in Burnaby, BC, to Sault College in Sault Ste. Marie, ON, to CEGEP de Trois Rivires in Trois Rivires, QC — many of them offering three-year co-op programs, where students alternate study with work terms.

Community colleges, long considered the poorer cousins of universities, have taken on a revitalized role in Canada and are working with industry to prepare students for the job market of the New Economy. Colleges have been able to transform themselves into highly focused educational institutions that deliver what many students today want: well-paying jobs. Placement rates are well above 90% (see sidebar on college grads).

One such example is Sault College’s three-year pulp and paper engineering technology program, which was rescued from extinction in 1996 by industry initiatives (PULP & PAPER CANADA, December 1998). It has 33 students enrolled; the average age is 21. (A few students are in their 40s, at the school for retraining.) “Our aim at the college is to train grads to enter management areas,” says Jack Bethune, professor and coordinator of the program. “The program meets the needs of industry, and changes to meet their needs,” Bethune says of the college’s ability to turn on a dime.

Bill Heitanen, a professor at Sault College, adds that the program is not as well-known as it should be, partly because some mills are resistant to hiring college grads. “But once a company sees what college grads can do, they tend to hire more,” Heitanen says.

BCIT has about 50 students enrolled in the two-year diploma in chemical science technology. In the second year, students are streamlined into one of three options: environmental, industrial or pulp and paper. Many of the courses focus on process control systems, says Alan Wilkes, an instructor in chemical sciences at BCIT. “We don’t turn them into instrument technologists, but when they walk into a control room, they are familiar with what they see.”

As well, students work on real-life problems faced by mills, such as chip selection and odor control. While most grads find their way to testing laboratories, recycling plants and chemical suppliers, during the boom years of the 1980s the school was a feeder to mills. “Most of the pulp mills in BC are populated by BCIT graduates,” he notes. (Wilkes says that college grads take between six months and one year to become completely comfortable working in a mill.)

Suppliers are training, too

As well, an increasing number of companies are relying on competent suppliers to do on-site training. “In the training I do, operators come out with a better understanding of how things work,” says Kevin R. Merkley, documentation and training engineer at the Enerdry Division of Valmet Canada Inc. in Thunder Bay, ON.

Merkley was responsible for training operators on the air and
steam condensate systems for the newly installed paper machine at Stora Enso Port Hawkesbury Ltd. in Port Hawkesbury, NS. The average age of the workers was 45, and they sat through eight-hour days of training for eight months. Most had been out of school for at least 20 years, he says, “so the thought of a classroom was intimidating.”

But, as Merkley pointed out, he tailored the training to the needs of the workers and their level of comprehension. “I gave them real-life examples and explained things in terms they understood.”

Equally important is periodic training, because technology and information changes regularly. “I would hope that mills would consider refresher-type training once a year,” he says. “Most mills do training when the system comes in, and afterward tend to forget about it.”

That is the wrong approach, particularly with mills’ increased reliance on such automated equipment as distributed control systems (DCS) and programmable logic controllers (PLC) to keep operations humming. Workers need more training, not less training on the ways such electronic systems operate. Otherwise, they might become nothing more than button-pushers.

Consider the following example. In order to protect workers from the harsh environment of, say, the liquor line, workers control the process safely ensconced in control rooms. Studies have shown that workers then tend to become button-pushers; they are removed from the process. This is fine when the process is running smoothly, but when it is not, more often than not, the button-pusher does not know what to do except shut down the process, which is costly.

Professor Anthony Wensley, an associate professor (information systems) at Joseph L. Rotman Centre for Management, University of Toronto, says, “There is too much of an emphasis on the automation side.” He says that companies need to carefully consider what information is important to workers. For example, Wensley points out, “The noise that a machine makes may be a perfectly important piece of data, as is the smell of the plant.” A worker sitting in a sealed control room, of course, is not privy to this information.

Merkley, Wilkes and others concede that training a cadre of button-pushers is undesirable, but their courses explain the process clearly. The outcome is that college grads and well-trained operators are more likely to understand the intricacies of the process.

Education is a lifelong task. Consequently, companies should also think about sending employees to such short courses as PAPTAC’s Preventative Maintenance, BCIT’s summer institute, or Paprican’s Pulp and Paper Technology (see sidebar on back to the classroom).

In the future, PAPTAC would like to bring courses like ISO 14000 environmental management system or system closure to a mill, similar to what US-based TAPPI does. But the technical association is now constrained by limited financial resources: It would take between six and eight months to design a specific course or a program for a mill, which is too long for most companies. Yet, the use of new technologies like the Internet and teleconferencing might make it easier to bring people together in a virtual classroom. “Within a year, we will be in a better position to offer such programs,” Lato points out.

Perry J. Greenbaum is contributing editor of Pulp & Paper Canada. He writes on workplace issues for a number of Canadian publications.

Perry J. Greenbaum 1999. Any reproduction of this work, in whole or in part, in any media is prohibited unless expressly granted by the author.