Jan. 4, 2018 - PMP (Paper Machinery Producer) has debuted its new development strategy, PMP Everest Strategy, for the next three years. According to the company, the new strategy is based on “refreshed mission, vision and values.” 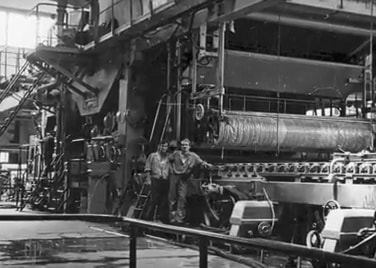 PMP’s Mission:
With Passion & Pride, We Create Success Together In The World Of Paper

PMP’s Vision:
To Be The Best Supplier of Advanced Technologies

Along with the new Everest Strategy, PMP is launching a new marketing campaign for 2018, Honoring Our Past – Empowering Our Future.

“[The] year 2018 is unique for all papermakers, as it is a 220th anniversary of a paper machine invented by Nicolas Louis Robert. The entire campaign is based on heritage and experience that is fuelling PMP to achieve even more. PMP believes that heritage is its foundation, a spirit that drives to action and experience that brings knowledge. It is also its pride, from which PMP draws the strength every day to provide the best value to its partners,” according to a statement from the company.

Operating six facilities in four countries around the world, PMP is a global provider of tissue, paper and board technology.