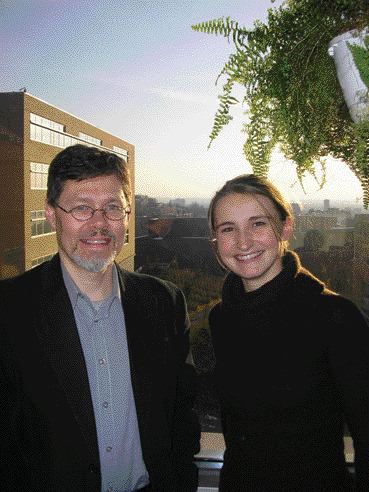 There’s never been a doubt that the Canadian pulp and paper industry is excellent at producing both pulp and paper. We have the raw material, we have the technological expertise and the market still exists, albeit somewhat tighter than before.

So why aren’t companies more profitable? If the market conditions are not right, surely R&D would be pointing the way to more lucrative products?

A discussion with three individuals, well-known in industrial and academic circles, focussed on the subject of biorefining and the potential it holds for the industry.

But has this been recognized as a viable solution by the Canadian industry?

“What really bothers me is that when you look at the company annual reports, everything is in the eyes of how business used to be,” charged Bob Eamer, a consultant with 40 years of experience in the field. “No one looks at what we could be doing.” He pointed out that many of the companies now have chosen to focus on a reduced range of products, losing much of their product diversity.

Paul Stuart, NSERC chairholder in Pulp & Paper at the cole Polytechnique in Montreal, agreed. “As margins become thinner, it is essential that the focus increases on producing one product more efficiently,” he stated. “We’re fortunately or unfortunately really good operators and good at making pulp and paper, but we forgot about making a profit. Developing methods and producing multiple products to counter this implies a concerted and proactive effort.”

“The government isn’t there to prop us up, they’re there to create value for Canadian society,” concurred Eamer. “And if we can’t do it then someone else will step in.” He continued, rhetorically, “What does our industry have to offer? A pulp mill has many of the assets that are usable in a biorefinery — that’s a head start. That’s about the only card we really have on the table.

“Most of our major grade lines, 80% go to the U.S. — we’re going in the wrong direction,” stated Eamer. “The U.S. is going through the same thing we are and they’re going to protect what’s left diligently. Therefore countervailing duties are the name of the game from now on. It’s obvious that you’ve got to make what they want to buy, not what they want to protect. And they will always want to buy energy.”

Stuart picked up the thread. “The concept of the biorefinery is about optimizing margins, not maximizing production.” He added that this would need to be a cultural change and that operators would have to change gears to make ethanol or other green products as well as pulp and paper products. “But if done well, the high added-value would make it more than worthwhile,” he emphasized.

Eamer interjected, “It seems that Asia and Europe are way ahead of us on this concept.” Virginie Chambost, (Research Associate – NSERC Environmental Design Engineering chair in Process Integration, cole Polytechnique) had just recently returned from a biorefining conference in Helsinki and spoke of what she had learned.

“The primary strategy for the pulp and paper industry is currently to transform into the biorefinery. Europe is leading with innovation and with R&D development projects. There is a lot of support from the government and the European community,” she said. “For example, Shell is leading with a big investment. They are looking for partnerships to develop bioethanol and biodiesel since that is part of their core business. They are really pushing innovation, something the pulp and paper industry finds difficult. A link is missing between that part of the world and this part of the world.”

“Some of the energy companies know their time will be up when oil reserves are depleted,” explained Stuart. “So they’re investing heavily in new products.”

Some pulp and paper companies understand. Eamer singled out Tembec and Cascades as having very good product orientation. “They’ve done incredible things with less expensive assets while other, bigger companies have not.”

“There’s two really important things here,” added Stuart. “First, don’t put your head in the sand: returns are only going to get worse in the longer term unless our industry changes its business model. And, second, we have the opportunity to get on this boat to the biorefinery.” He paused. “We can have the best processes in the world, we’re very strong technically, but the industry needs to convince the market we can achieve ROCE and other targets as we transform. We know we need it, but the money is not yet on the line and the culture’s not changing.”

He summed up the situation by saying, “It’s just not going fast enough and it’s not going far enough. I am optimistic however that this may soon change.”

Eamer thought there would be a chance for companies to reorient themselves according to new market incentives. “We know there is going to be a tremendous demand for ethanol and we have the advantage that we can do it.”