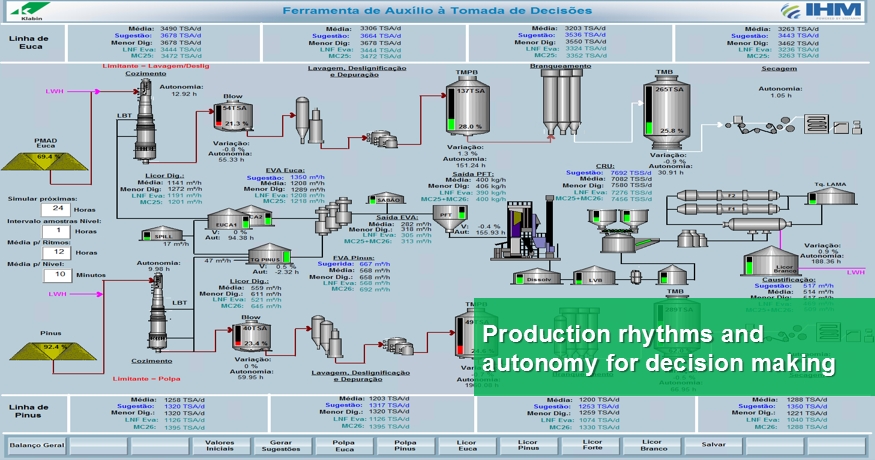 Mariana Sandin, a process engineer working for a data software developer, spends her days helping clients figure out how they can improve their operational efficiencies to best navigate the changing pulp and paper landscape.

Sandin says that understanding and contextualizing data is the driving force behind a mill’s ability to survive, and, in many cases, thrive – whether on a smaller scale, such as developing a new grade of paper, or on a larger one, such as undergoing a conversion from production of newsprint to packaging.

“Now that all data sources can be put into one single place, it’s easier to comply with specifications and regulations, and to be transparent across the supply chain when it comes to information,” she says. “That helps with all of the sustainability efforts that you see in the market.”

Sandin is the industry principal for forestry and paper products at OSIsoft, a maker of enterprise infrastructure software called the PI system, which gathers data from sensors, SCADA, PLCs and distributor control centres on the plant floor, then parses it so that operators can improve equipment performance, environmental sustainability, quality assurance, and water and energy management.

Mills using the PI system can view their critical areas of production, such as recovery boilers, digesters or paper machines, as an “asset framework” of small models (or a digital twin) with readings on measures such as kappa numbers, age factors and energy consumption that can then be used to create KPIs. The software informs mill operators when an asset is underperforming or malfunctioning. Drag-and-drop features allow the user to customize which trends and gauges are shown, and what their specification limits are.

The scalability of the solution appeals to a wide range of pulp and paper clients across North America, including Quebec-based Fortress Specialty Cellulose, as well as International Paper, Georgia-Pacific, Kimberly Clark and West Rock.

Conversion and control
Sandin says that when Fortress purchased a defunct NBHK mill in Thurso, Quebec in 2010 for its dissolving pulp operation, it was able to shorten its time of conversion by using data delivered by OSIsoft.

Fortress continues to use the PI system for control within the operation, says Sandin. “They are actually using the system to not only follow the flow of the process, but the flow of information throughout the different departments, which reduces their communication lags from hours to minutes,” she says. “So that results in a huge savings of people’s time.” With the extra time, Fortress fixed efficiency issues with its water hammers and boilers.

Machine uptimes
Klabin, Brazil’s largest paper producer, used the PI system to hone in on the performance of its recovery boilers at the Puma plant in Paraná, Brazil. By studying the values of their KPIs, operators determined they were getting a faulty reading in one of their temperatures, which could cause the boiler to shut down.

“That actually prompted several things,” says Sandin. “One, they were aware that they still needed to work on monitoring the control more closely. Then they made some adjustments so that when that particular incident happens again, the boiler won’t shut down.” The workers used the PI system to create notifications that inform the supervisor of faulty readings.

Since implementation of the warnings, the plant has avoided two boiler shutdowns that would have cost $9.6 million total and eight hours in production time each. Klabin also increased its overall production by 3,400 air dry tons per year.

Quality assurance
Evergreen Packaging, based in the U.S., runs two pulp and paper mills, five converting plants, and an equipment and parts facility. In the final steps of its coated paperboard making, the company had noticed an intermittent issue with the winding machine. By making process set points visually represented on the PI system to gain a holistic view, Evergreen was able to monitor and pinpoint the source of the problem: machine set points and recipes that didn’t always align.

“They were able to save $180,000 per year by reducing their quality deficiencies by 60 per cent – and that’s just in one machine,” Sandin says. “I know it can be counterintuitive, but sometimes knowing how you are running and the quality that you are getting based on those parameters can actually prompt the customers to slow down the production to control the quality, and reduce the waste they have at the end.”

Predictive maintenance
Sandin says that the industry is only at the forefront of what it will be able to do with this real-time data, because it is also being historized. “[Mills] can start looking into advanced analytics and machine learning to find the correlations that they don’t know yet,” she says. “They’re looking for things like, ‘based on my current kappa number, how is that going to affect the quality of my paper?’ Those are things that the industry doesn’t really know, and we are hoping to get those answers.”

Predictive maintenance helps to plan for the future across the entire enterprise. “One of the questions we get clients asking is, ‘how can I produce this specification of pulp at the lowest chemical cost with my aging equipment?’” she says. “But there are some plants that are too old and need to be remodelled. And machine learning is going to help [determine] that.”