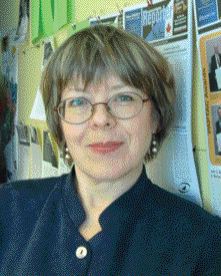 From the welcoming words of Scott Travers, chair of the Pulp and Paper Technical Association of Canada (PAPTAC), this was a gathering of people in the industry who were ready to look forward to the fu…

From the welcoming words of Scott Travers, chair of the Pulp and Paper Technical Association of Canada (PAPTAC), this was a gathering of people in the industry who were ready to look forward to the future with not only cautious optimism but a determined preparation for a positive change. Instead of lamenting the setbacks of the past few years, there was a sense of expectation for the economical improvements that would come with improved competitiveness, increased efficiencies and new technologies.

Robert Wood, Director of PAPTAC, claimed that, given the current state of the Canadian industry, drawing more than 7500 individuals to an event such as this could be deemed a success. “While the overall attendance was off roughly 20% from a year earlier,” he said, “the key people were once again present: leaders, decision-makers and influential representatives from 24 countries.”

“It was also a great honour for us to host delegations of the paper industries of the Russian Federation and the Ukraine for the first time ever at PaperWeek International,” Wood added.

The president and CEO of FPAC, Avrim Lazar, pointed out in his welcome that often overlooked amid all the gloomy headlines is that Canada is still “the largest, most successful forest products exporting nation in the world.”

All this resulted in a PaperWeek International 2006 in Montreal in February that brought together thousands of people working to support the industry and to revitalize it as it emerges from the challenges that have recently beset it.

A strong technical program brought together more delegates at PaperWeek International than have gathered during this time for the past two years. The Standing Committees sponsored 42 sessions featuring 249 technical presentations on a wide range of subjects. The comprehensive program attracted the largest audience in the past three years with a total of 947 delegates.

Wood added that there were many positive comments about the quality of educational opportunities. He even singled out one of the presentations, the biorefining, as generating such an amazing amount of interest, that people had to be turned away at the door for lack of space.

A conversation with some of the members of the Executive Council of PAPTAC also indicated the high interest in the possible transformative changes that were being discussed.

“Biorefining is very important,” said Dr. Yonghao Ni, Professor, Director at the Limerick Pulp & Paper Research and Education Centre, UNB. “Essentially, it has potential to produce a new product line with ethanol and other added chemicals.”

Stphane Rousseau, VP, containerboard, Kruger, agreed, “Biorefining brings a lot of interest, as well as nano-technologies. It’s now time for us to bring these theories into practical application.” He added, “Bio sensors are a good example of that. While enduring this difficult economy, the only way we’ll survive is to do things differently.”

While the technological achievements were important to everyone, another session at which many decision-makers could be found was the Mill Managers’ Forum. The theme, centred on communication and human resources was Managing your most valuable resource. The presentations by a panel of experts were followed by round table discussions and active participation from the audience [See Mill Managers’ Forum, page 16].

This year, the exhibition celebrated the large number of returning exhibitors by listing those who had been with PaperWeek for over 20 or 30 years. There were some subtle changes to the exhibition that were reaping some benefits. A decision not to charge for drayage, for instance, encouraged some heavier, more interesting pieces of machinery to be displayed.

In the end, another point of view came from Bob Shanahan of Blue Ridge Paper in Canton, North Carolina who said, “The big thing is the contacts and the people that you know in the industry.”