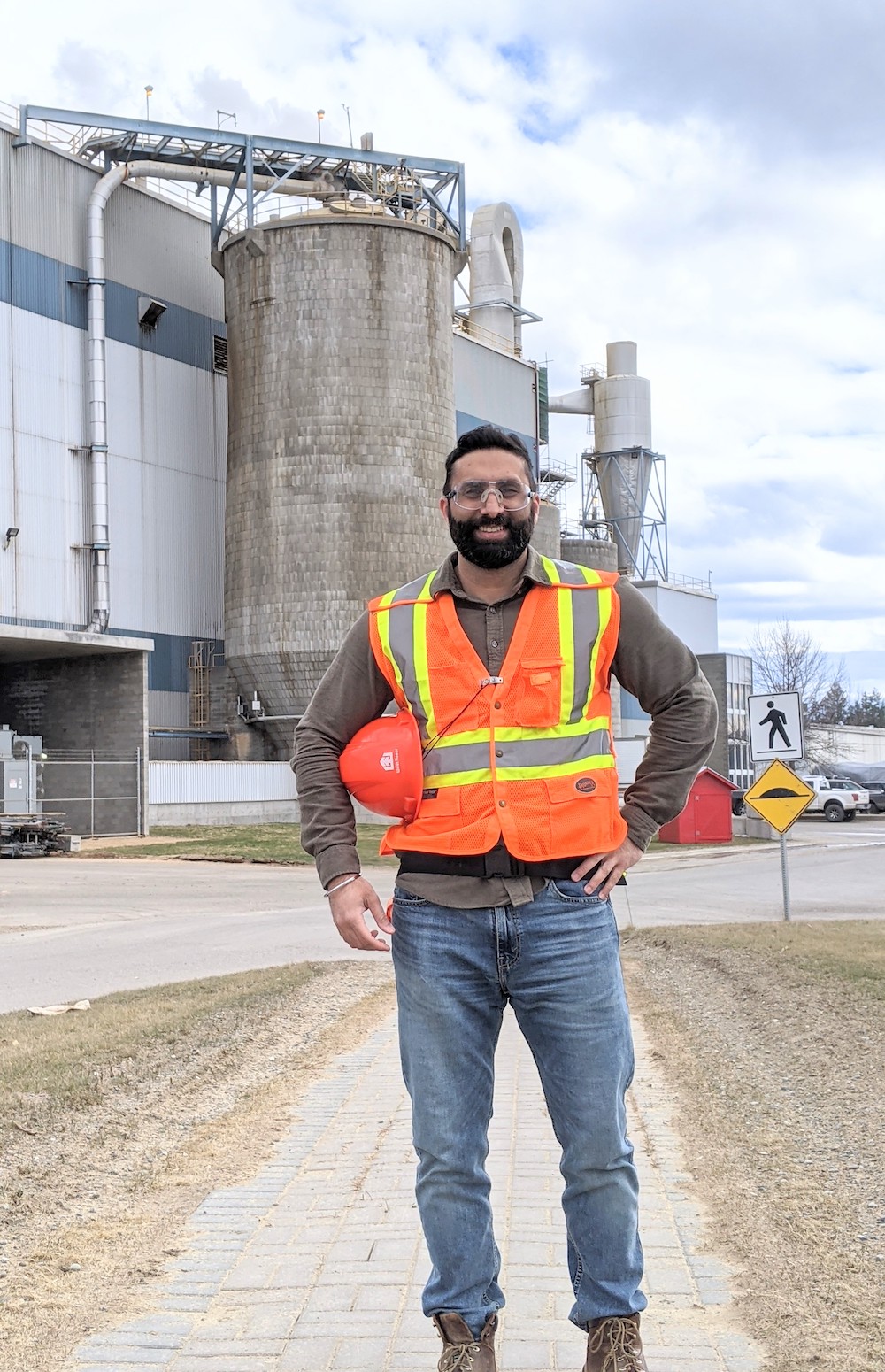 The future of pulp and paper looks bright.

Armed with a strong work ethic, initiative, curiosity, and a commitment to training and safety, the 2021 winners of our Top 10 Under 40 program are setting the bar for young professionals across the industry in management, operations, maintenance, sales, support and research.

To highlight the achievements of each individual selected for the Top 10 Under 40 list, Pulp & Paper Canada will feature one of 2021’s winners every week for the next 10 weeks. Nominations for the 2022 contest open at the end of the year.

In eight years, Ghuman has risen the ranks at West Fraser, earning four promotions including to his current role.

As section lead for energy and carbon, the 33-year-old Ghuman manages the company’s energy and emissions strategy across all mills. He works directly with government, energy providers, consultants and experts to inform energy projects and policies at the company.

After earning his undergraduate degree in chemical engineering in India, where he was born, Ghuman moved to Canada in 2011 to obtain his master’s degree in natural resources and environmental studies at the University of Northern British Columbia. He joined West Fraser’s Quesnel River pulp mill in 2013 as a lab technician before moving to a process engineer role in charge of compliance to ISO 9001.

Before assuming his current role, Ghuman spent just over a year as industrial energy manager at the mill, during which time he earned his Professional Engineer credentials and directed multi-stakeholder projects including a process upgrade that saved 50 GWh/year, and a steam optimization project that could reduce CO2 emissions by 10,000 tonnes/year.

Sam Walker, energy management consultant at Stillwater Energy, says that one of the notable things about Ghuman is his humble attitude and appreciation of his peers.

“Perry is quick to remind people that the success of these projects is due to the teamwork of the technical, engineering and operations employees, and to the operators who identified and advocated for these opportunities from the start,” Walker says. “He’s an impressive emerging leader.”

Up next: we highlight the contributions of winner Jean-Sébastien Viens.