The CEO and board chair of TAPPI sound off on sustainability, the skills gap and storytelling in the pulp and paper industry 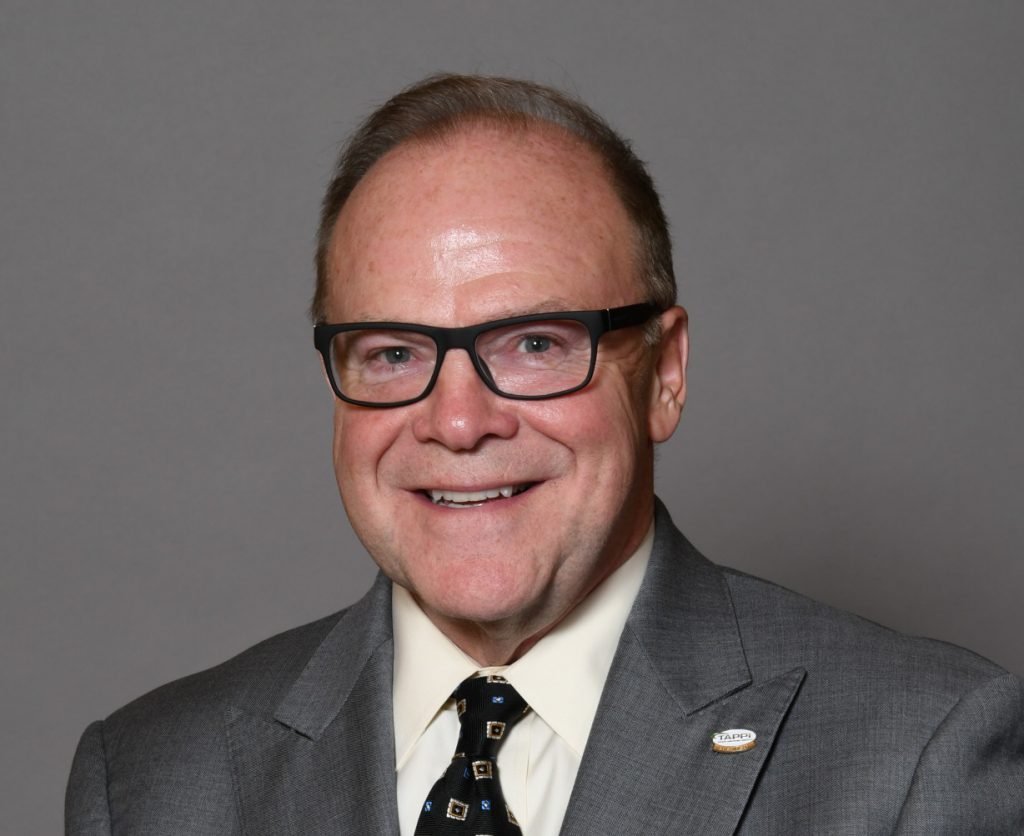 Larry Montague, president and CEO of the Technical Association of Pulp and Paper Industry (TAPPI) and Pete Augustine, TAPPI board chair and president of Fabio Perini North America, recently shared some insights on the industry’s sustainability efforts in the United States, where TAPPI is based.

The 104-year-old organization boasts members in over 66 countries and developed standards that are accepted by the Pulp & Paper Technical Association of Canada (PAPTAC) and used throughout mills in North America.

Pulp & Paper Canada: We’ve seen softer demand for fibre here in Canada over the last year and as a result have seen many closures, particularly on the sawmill side, and production curtailments.

What’s the sentiment among TAPPI’s membership about the current market landscape in North America?

Larry Montague: Things slowed a bit in 2019. It’s not over at this time that you’re interviewing us; it could go more or less. [The trade deal] that the current administration in the U.S. is trying to work out with China is going to open that up a little bit more.

In 2018, U.S. exports of old corrugated containers (OCC) were up 4.2 per cent, even with the Chinese tariffs. Also in 2018, Canada and Mexico accounted for 44 per cent of exports of this product – so the U.S. kept 44 per cent of OCC in North America. I have people from China contacting me a lot about trying to buy either shuttered mills or mills that people are going to be turned loose so that they can make raw materials to be sent over to China [to] avoid some the tariffs imposed on them and us.

It’s not as bad – according to the economists that I’ve listened to this year – as they thought it would be. I’ve been feeling pretty good about that. 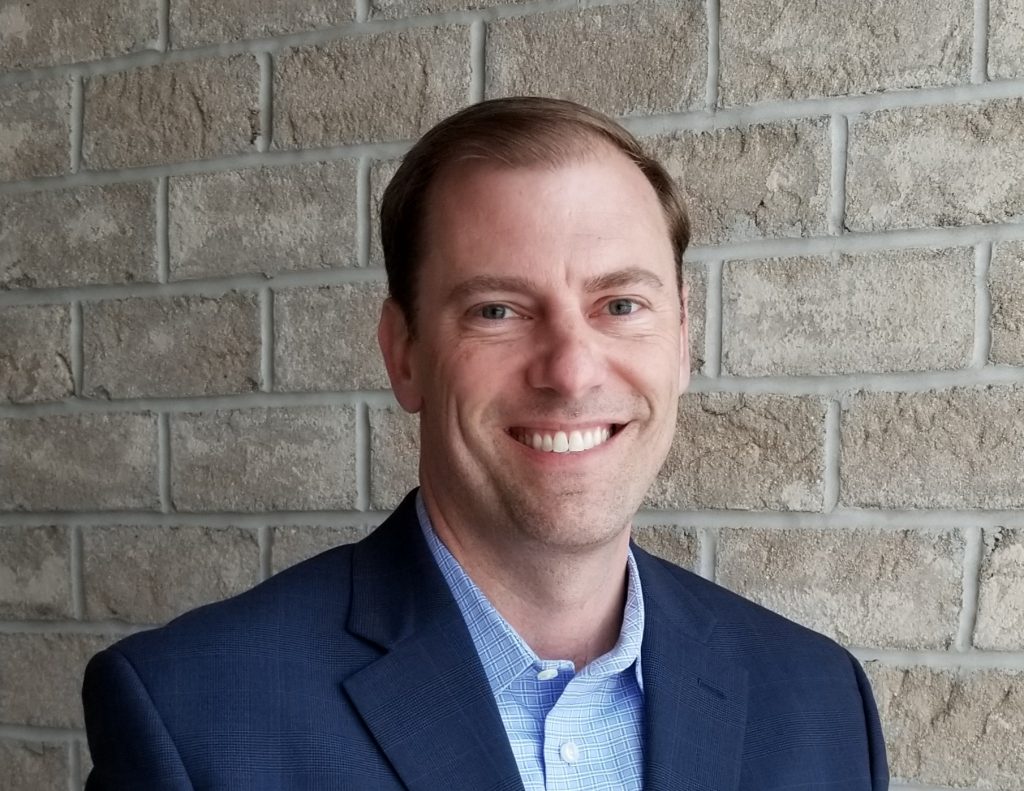 Pete Augustine, board chair of TAPPI

P&PC: What does the future of the paper and the tissue industry look like over the next three years?

LM: Economists are still optimistic for the worldwide pulp, paper, tissue and packaging sectors. With the real-world concerns over plastics, contamination and waste, the paper industry provides a natural, recyclable, pulpable, renewable and reusable alternative to plastics.

One of our industry’s biggest challenges is finding, training and retaining good people. The retirement tsunami in the U.S. is a very, very big challenge for us – not only TAPPI, but also the entire industry.

Pete Augustine: The [tissue] industry is healthy. The nice thing specifically about tissue is there’s a built-in growth factor based on population. No one has identified a substitute yet for the tissue products that all of us use in our homes and away from our homes. But this concept of finding good people and being able to run these mills effectively is a daily challenge.

P&PC: How are you challenging that skills gap at Fabio Perini?

PA: We’re starting to recommend customers go with not to say the lowest level of technology, but something that can be handled by the personnel that they employ. Because it’s not just a matter of finding them – retention rates are very low. There’s such a turnover in the industry that it’s probably impractical to ask someone with very little skill to run a very advanced piece of machinery.

These are 24/7, 365-day-a-year operations, and with the new generation, we’re finding some struggles in attracting people to that. One idea was to look to military veterans, [who are] leaving the service for a lot of reasons. Number one, by and large as a population, there’s a level of discipline there and a level of commitment that you’d say is above another entry-level employee. Also, being in the military is very much a round-the-clock commitment.

The types of jobs that we can offer fit well to people who are used to having structure and used to having to meet goals and deadlines. There are thousands of people a year transitioning from the military, and there are thousands of open jobs in the paper industry. And there are lots of opportunities for leadership roles – folks in the military at all levels are exposed to leading people at a very early stage in their career. We think there’s a nice synergy between the two populations, so that’s something we hope we can expand.

P&PC: Going into 2020, one of the biggest conversations is paper as an alternative to plastics.

Why are sustainability and recycling critical to the public perception of pulp and paper going forward? What more can mills do?

LM: My bottom line is, if we don’t do it as an industry, who’s going to do it? The world demands it.

Mark Pitts at AF&PA recently said our products are the most recycled products on the globe. More than glass, aluminum and plastics combined. So [the pulp and paper industry is] doing a very good job at sustainability and recycling. In the U.S., we plant three to four trees for every one harvested.

We have to be good stewards of [our forests]. We respect our natural raw materials. We utilize our crops in a sustainable way. This is exactly what a tree is – a crop, just like corn or anything else in agriculture, but we take care of the land, we think a lot better than we used to. There’s less water used in the manufacture of paper than there used to be. The water’s cleaner when it leaves a mill than when we took it in.

I had one guy tell me in an interview about 15 years ago, ‘You guys were green before it was cool to be green.’ I guess we were.

One of our issues is we don’t tell [our story] to everybody. We let the heresy go on out there because we had a tough time challenging it before.

P&PC: How is TAPPI helping to tell that story?

LM: TAPPI partners with Two Sides North America (twosidesna.org). They have some literature called “Busting the Myths” – it’s a study of U.S. consumer perception towards print and paper.

Additionally, TAPPI partners with the Corrugated Packaging Alliance, which is made up of AF&PA, FBA, AICC and TAPPI. We fund projects that test paper versus other products like plastic. We’ve got to get more of it to the public to tell them what we are doing.

Our lobby group here in the U.S., the American Forest & Paper Association, started a campaign called Think Paper. The U.S. paper manufacturers all contribute X amount of dollars per ton they produce to fund it. It’s really caused a positive impact on the public based on surveys that we do.

P&PC: How is sustainability driving innovation in the pulp and paper industry? How is TAPPI helping its members get involved?

PA: Specific to the tissue side of the business, we’re seeing trends from Europe leading us in North America. They seem to have a faster timeline and are a bit stricter on bringing sustainability to all their consumer products in general, so we have seen eliminating the use of plastic poly material in the wrapping of tissue or paper products. And that’s going to be a government mandate. Whether we like it or not, that’s going to affect us in North America, in hopefully a positive way.

The corrugated packaging industry has also been doing a lot, because we’ve seen the trend towards e-commerce. They’ve had to ramp up their production capacity, with machinery improvements that allow them to get higher speeds and even minimize the amount of fibre content they need to package the same materials that they could long ago. Those innovations have helped that market keep pace with the consumer demand.

Something I’m excited about is looking to what other alternative packaging solutions are out there. The nanocellulose movement, which is very popular within TAPPI and the paper industry, is leading to innovations such as transparent poly-like materials that are made from sustainable cellulose.

This area is not conventional by any means. We’re not talking about creating paper boxes – these nanocellulose materials are used now in industries like aerospace, automotive, biomedical, the military, and many, many others.

Nanocellulose is something that really spans industries across the board, and I think with our ability to sustainably harvest forests, if we can derive some of these nanocellulose materials, it’ll improve people’s lives on a scale that today we probably can’t even dream of. TAPPI has been the driver in their nanocellulose division and just had a conference in Japan that was attended even better than expectations by people from around the world focusing on this very topic.

Even when we’re getting away from specifically paper products as we traditionally think of them, there are derivatives within the industry that push the sustainability side of things.

P&PC: What misconceptions are out there about the paper industry’s sustainability efforts?

PA: There is this misconception that we’re an old industry, and very antiquated, and dark and dirty and stinky. We need to keep showing people that this isn’t the 18th century. It’s very digital – state-of-the-art facilities that are continuously going into North America. It’s something that we want to continue to promote to try to attract the best and the brightest to the paper industry.

LM: The myth right now in the public’s eye is that 58 per cent of U.S. consumers believe U.S. forests are shrinking. But the facts are, since the year 2000, U.S. forests have had net growth equivalent to more than 1,500 NFL football fields per day, so about 800,000 acres per year. That’s a big deal.

The income land owners receive from trees on their land is a very important incentive to maintain their land and forests, especially given the many economic pressures to convert forest lands to non-forest uses. People are seeing more value and continuing to replant and regrow timber in the United States.

P&PC: What are the benefits of TAPPI membership for a Canadian pulp and paper mill?

LM: TAPPI is open to members from all countries around the globe. We currently have 495 TAPPI members in Canada. Richard Berry of Celluforce just completed his three-year term on our board of directors and gave us a lot of insights on what Canadians are looking for.

TAPPI members have access to technical paper information, and member discounts on training. They have a discount to our conferences, our press products and much more. We’re [hosting] webinars and leadership training online.

The board also approved us to expand our TAPPI training centre outside Atlanta. We can now host about 40 people in there. Members benefit from joining an international, financially sound technical association. TAPPI’s just celebrated our 12 straight year in a row in the black. The bottom line is the knowledge and networking for all members of all TAPPI families around the world.

PA: It’s as easy to travel from Canada as it is from other parts of the U.S. I don’t think you can beat the impact of the hands-on training, or even as a member coming to a conference and being able to tour various facilities.

It really opens people’s eyes as to what are some best practices happening in other parts of the paper industry. The expertise in the industry certainly isn’t bounded by geography.

This interview has been edited for clarity.

A condensed version of this article originally appeared in the Winter 2020 issue of Pulp & Paper Canada.