Features Paper Pulp
Reflecting on 75 years of the NCASI

June 4, 2018
By National Council for Air and Stream Improvement (NCASI)

June 4, 2018 – As we begin celebration of the 75th anniversary of the National Council for Air and Stream Improvement (NCASI), it seems appropriate to take stock of the history of the organization and the role it has played in helping the North American forest products industry identify and mitigate its effects on the environment.

June 4, 2018By National Council for Air and Stream Improvement (NCASI) 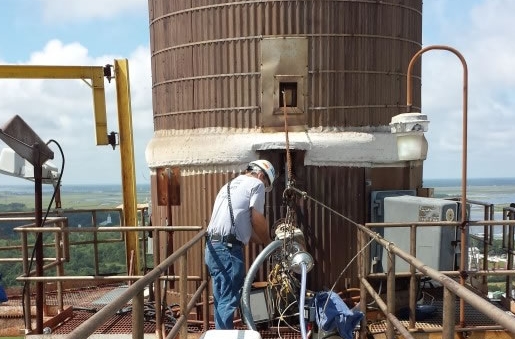 In 1942 and early 1943, the industry’s leaders convened a series of meetings, under the auspices of what is now the American Forest & Paper Association (AF&PA), to consider options for addressing the growing need for research into water quality protection. The industry’s deliberations culminated in a meeting on April 22, 1943, where the National Council for Stream Improvement (of the Pulp, Paper and Paperboard Industries), or NCSI, was created.  The industry’s support for NCSI grew rapidly. In just eight months, NCSI’s membership grew to represent 30 per cent of the U.S. industry’s production, a figure that subsequently grew to 90 per cent.

Initially, NCSI’s research was done under contract at leading universities with oversight by NCSI’s sole technical employee, technical director, Dr. Harry Gehm. By the early 1960s, however, the competition for university resources to examine pollution problems had become so intense that NCSI decided that it was time to hire its own researchers and place them in research centres distributed around the country near the industry, where the work could be best performed. The new staff included Dr. Isaiah Gellman and Mr. Russell Blosser, who would later become NCASI president and vice-president, respectively.

Most of NCSI’s early research was focused on developing and documenting the performance of wastewater treatment technologies and understanding the impacts of industry effluents on receiving waters. Early technical bulletins examined treatment of wastewaters from deinking, flax pulping, strawboard production, sulfite waste and jute board production. Fish migration and kraft mill wastewater toxicity were also the subjects of early reports.

In 1956, NCSI’s research program was formally expanded to address growing concerns about air pollution. Initial work focused on emissions characterization and control, including considerable attention to kraft-mill-associated odours. In recognition of the broader scope of its work, in 1968 the organization’s name was changed to the National Council for Air and Stream Improvement.

In 1970, the year of the first Earth Day, the Nixon Administration created the Environmental Protection Agency (EPA). Shortly thereafter, efforts to establish effective national pollution standards in the U.S. came to fruition in the Clean Air Act of 1970 and the Federal Water Pollution Control Act Amendments of 1972. Over the next several years, environmental legislation was passed requiring EPA to develop regulations on drinking water, solid waste, toxic substances and a range of other topics. EPA’s regulatory activity produced a steady stream of technical and scientific questions that the industry asked NCASI to address. To allow an effective response, NCASI doubled in size between 1970 and 1990.

During the 1970s, the industry determined that there was a need to demonstrate the compatibility of treated effluents with healthy aquatic ecosystems. This led to the construction of two experimental streams at pulp mills and, eventually, to a series of long-term receiving water studies across the nation. Over the years, NCASI’s aquatic biology program has provided the industry with research results and expert assistance on issues ranging from whole effluent toxicity testing to water quality criteria development.

The water quality legislation of the 1970s also had clear implications to forestry operations and thus, in 1977, NCASI hired an expert in forest water quality issues. Over the next decade, forestry-related concerns grew to include threatened and endangered species, sustainable forest practices, acid rain and other questions. Management of the forestry program eventually fell to Dr. Alan Lucier, who went on to become NCASI’s senior vice-president.

In the mid-1980s, EPA was surprised to find dioxin in rivers downstream of bleached chemical pulp mills. This raised concerns not only about the industry’s impacts on water quality but also about the safety of some of the industry’s products, making it the most daunting environmental challenge the industry had yet faced. Work by NCASI and others eventually demonstrated that dioxin and several other problematic chlorinated organic chemicals could be virtually eliminated by substituting chlorine dioxide (ClO2) for elemental chlorine (Cl2) in pulp bleaching. These findings led the industry to begin voluntarily converting its pulp bleaching systems. Subsequently, in the mid-1990s EPA promulgated effluent guidelines reflecting the performance of chlorine dioxide-based bleaching systems. While the cost of these modifications was enormous, exceeding two billion dollars for U.S. bleached pulp mills, they put the “chlorine problem” to rest.

NCASI became an international organization in 2002 when it opened a Canadian office under the leadership of Kirsten Vice. NCASI’s Canadian team conducts research particularly relevant to its members in Canada, while leveraging the work performed by NCASI south of the border. Industry membership in NCASI’s Canadian Operations grew substantially within the first five years of its launch and continues to attract new members as its effectiveness is increasingly recognized by the Canadian forest products industry and Canadian governments.

In 2015, Mr. Dirk Krouskop took the helm at NCASI. The research program he currently leads has been shaped by 75 years of environmental challenges and the industry’s recognition that these challenges can only be met if the solutions are based on rigorous science and data. Today’s world is reflected in NCASI’s robust research program but NCASI is also looking ahead to tomorrow’s challenges. Environmental regulations are increasingly being driven by concerns about potential impacts on human health resulting from exposure to chemicals in the environment and consumer products. In this context, NCASI recently added expertise on human health epidemiology to guide its research in this increasingly important area.

The past 75 years have seen a sea of change in environmental awareness, environmental regulation, and control of releases to the environment. As an organization borne of the forest products industry’s response to environmental challenges in the midst of the Second World War, NCASI has grown and shaped itself to remain as vital to the industry today as it was when it was first created. This year, we celebrate the significant advances made by the forest products sector in addressing its environmental footprint, and the role NCASI has played in making this possible.

Winget, R.L., 1966, A definitive history of the National Council for Stream Improvement (of the Pulp, Paper and Paperboard Industries, Inc.): 1943-1966