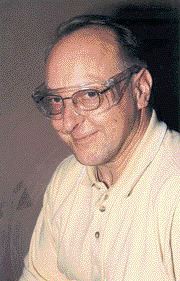 Computer models known as neural networks are helping to improve productivity and product quality in paper manufacturing, reported Dr. Seppo Karrila of the Institute of Paper Science and Technology (IP…

Computer models known as neural networks are helping to improve productivity and product quality in paper manufacturing, reported Dr. Seppo Karrila of the Institute of Paper Science and Technology (IPST) in Atlanta, GA. Karrila spoke at the Second International Workshop on Intelligent Systems Design and Application held in August in Atlanta.

Karrila presented some results of his work on neural networks, mathematical computer models that are typically based only on input and output data. Currently, the pulp and paper industry uses these methods to assist in predicting paper properties or boiler stack emissions, optimizing deinking processes, and analyzing other industry operations. Neural network models act as virtual sensors on paper machines and accurately estimate on-line parameters, thus replacing slow or costly measurements. They are also used as off-line models to support optimization of steady operating conditions. The result is an improvement in both product quality and productivity.

The focus of Karrila’s novel work is a method he calls nonlinear factor analysis (NLFA), which is based on conventional feedforward networks. This method enables the reduction of nonlinear data to an implicit model, which can then be further inspected, statistically analyzed or optimized in traditional ways. The method can be implemented within many standard, low-cost software packages, which makes it accessible to a wide user base. Its major advantage is its proper treatment of noisy input data; making it superior to typical modeling methods that only consider error sums in the output variables. The novel nonlinear data reduction method is particularly useful with a large number of interdependent variables, such as measured “curves” to be modeled in conjunction with other process variables.

One case study using this approach, explained Karrila, involved analyzing bubble-size distributions in a flow column. In his research, he found that the conventional approach to analysis by curve fitting the bubble-size distributions required about two days of labor, including data preparation, finding and programming the trial function shapes, fitting the parameters and then analyzing the results. However, the same results were obtained in only two hours using his neural network approach, and the quality of the “parameterization” found was better.

“I have been impressed with the ease by which laboratory data can be handled using neural network methods,” said Karrila. He speaks knowingly of the frustration of using conventional statistics to get results with nonlinear multivariable data.

To Karrila, one of the primary advantages of these novel techniques is their ability to “learn by example” through process history. Unlike other modeling methods that operate according to a set of given rules, these methods can use previous data to quickly process large sets of data, even without much prior knowledge.

However, Karrila points out, neural networks are just one way to approach the data analysis applications of pulp and paper manufacturers. “Just like you don’t carry only screwdrivers in your toolbox,” he said, “it is useful to complement neural network methods with other available tools, including traditional first-principle modeling, various optimization methods and traditional simulations.” Likewise, he stated, there will always be a place for conventional statistics.

Still, in the growing arena of neural networks, the future is bright. Karrila sees their proliferation in both large and small applications and in everyday uses. He predicts that the industry will continue to improve its instrumentation and process monitoring, thus making good data more readily available. He sees this as an excellent way to optimize the manufacturing processes with a minimum of capital expenditure.

Karrila believes that, in the not-so-distant future, modular and hybrid methods will incorporate neural networks so that the models learn faster with less data and are more maintainable. Prior knowledge will enter these models in various ways, allowing extrapolation outside the span of the training data.

The Institute of Paper Science and Technology is the premier institute for the advanced study of pulp and papermaking processes in the United States. As a privately-funded graduate research institute, IPST has developed a unique scientific and educational mission based on its a relationship with the pulp and paper industry.

David Bell is the director of Institute Development and Assessment at the Institute of Paper Science & Technology.