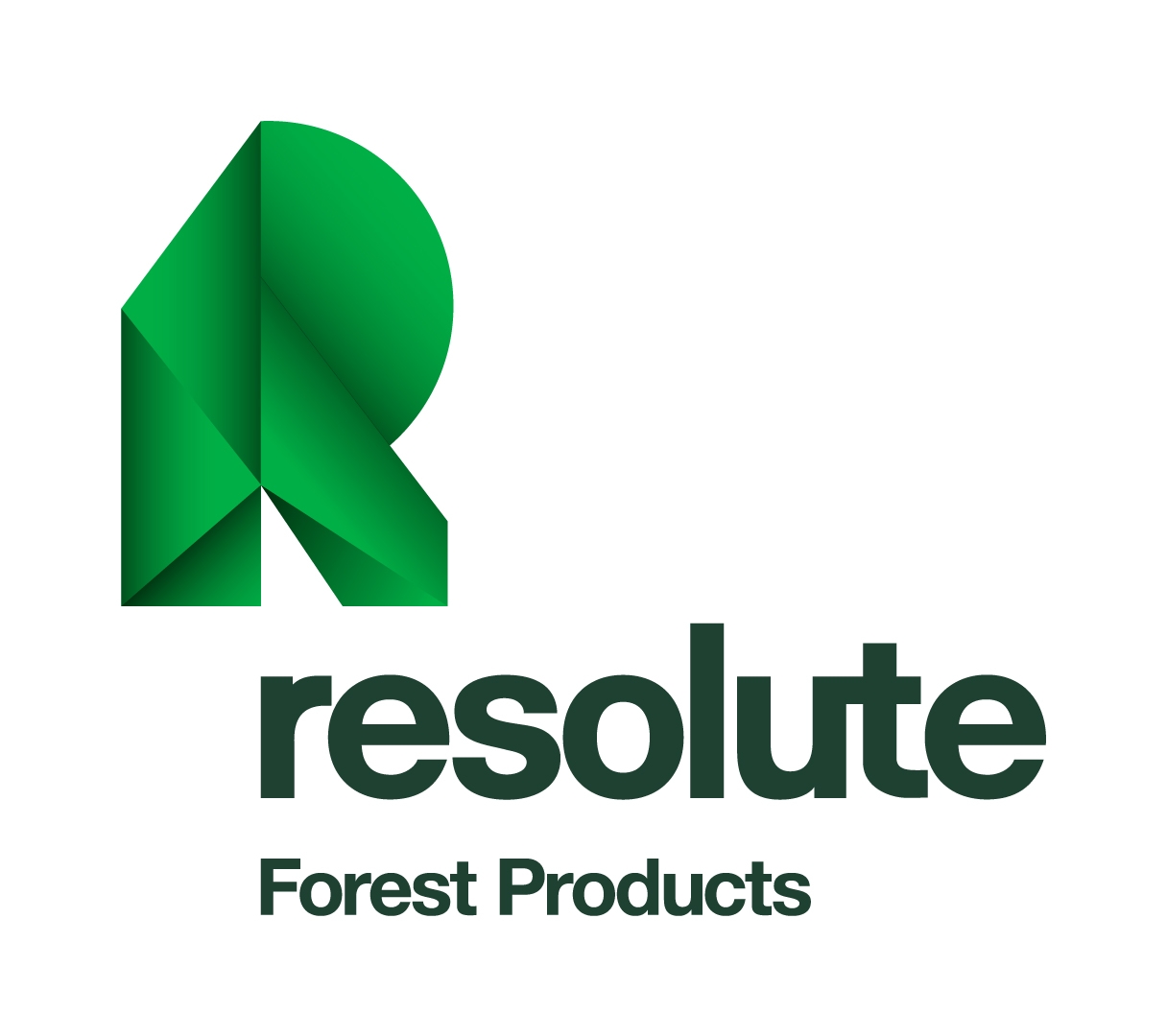 “This quarter’s results were most affected by lower pricing in all of our business segments, with the notable exception of tissue. Benefiting from higher pricing and improved productivity, our tissue segment generated marginally positive EBITDA this quarter,” says Yves Laflamme, president and chief executive officer, in a release. “Despite pricing challenges, our pulp and paper businesses continued to generate strong margins and attractive cash flows, mitigating cyclical headwinds in lumber, as our tissue business gains momentum. During the quarter, we further strengthened our balance sheet by extending our senior secured asset-based revolving credit facility for another five years. We also took advantage of recent stock price underperformance, returning $12 million of capital to our shareholders through the buyback of 1.8 million shares to date in 2019.”

The company reported operating income of $40 million in the quarter, compared to $64 million in the first quarter. Lower selling prices across most products reduced operating income by $47 million, including a nine per cent drop in average transaction price in the market pulp segment, seven per cent in wood products, six per cent in newsprint and two per cent in specialty papers. This was only partially offset by a reduction in manufacturing costs ($19M), largely resulting from seasonally lower energy costs, a decrease in recovered paper prices and improved productivity.

Market pulp
Operating income in the market pulp segment was $27 million, $15 million lower than the first quarter, entirely attributable to the 18 per cent decrease in sales, as global pulp markets continued to soften. Shipments fell by 10 per cent, leading to a 32,000 metric ton increase in finished goods inventory at quarter-end, while the average transaction price dropped by $69 per metric ton. On the other hand, the operating cost per unit (the “delivered cost”) decreased by $34 per metric ton, following a $24 decrease in the previous quarter, to $630 per metric ton. This reflects better operational efficiency, lower energy costs and a reduction in fiber expense, mostly due to a decline in recovered paper prices. As a result, EBITDA decreased by $33 per metric ton to $129, or $32 million, reflecting a 17 per cent EBITDA margin.

Tissue
The tissue segment incurred an operating loss of $4 million in the quarter, an improvement of $4 million compared to the first quarter. Sales rose by another 10 per cent this quarter, maintaining a positive trend with increases in converted product volumes and pricing for away-from-home products. Delivered cost dropped by $131 per short ton, reflecting productivity gains and lower maintenance costs. Accordingly, EBITDA was marginally positive, compared to negative $3 million in the first quarter.

Wood products
The wood products segment reported an operating loss of $3 million in the quarter, compared to an operating income of $6 million in the first quarter, mainly due to weaker pricing. Following a rebound in the first quarter, the average transaction price dropped by $26 per thousand board feet this quarter, to $348, reflecting softer spring demand. Shipments, however, rose by 56 million board feet due to improved rail car availability and a modest increase in U.S. lumber consumption compared to the first quarter. Consequently, finished goods inventory fell to more normal levels of 122 million board feet at quarter-end. The delivered cost remained relatively unchanged, at $355 per thousand board feet. Higher shipments were not enough to outweigh the drop in pricing, and EBITDA decreased to $6 million for the quarter, compared to $14 million in the previous quarter.

Newsprint
At $17 million in the second quarter, newsprint’s operating income decreased by $11 million compared to the previous quarter. The reduced profitability is all attributable to the $37 per metric ton drop in the average transaction price, to $597. While pricing decreased across all regions, price erosion was more significant in offshore markets, which account for approximately 40 per cent of newsprint shipments. Even with softening demand, volumes increased by 15,000 metric tons, due to more export sales. The company took temporary production downtime during the quarter to offset the slowdown in demand, reducing finished goods inventory closer to trend levels of 105,000 metric tons at quarter-end. Despite the downtime, delivered cost remained relatively unchanged at $547 per metric ton. Higher maintenance expenses, mostly planned, were largely offset by lower energy costs. Consequently, EBITDA decreased by $10 million to $25 million for the quarter, equivalent to $72 per metric ton and an EBITDA margin of 12 per cent.

Specialty papers
The specialty papers segment generated operating income of $15 million in the quarter, unchanged compared to the previous quarter. Pricing decreased by $15 per short ton to $753, while shipments declined slightly to 193,000 short tons. The delivered cost decreased by $19 per short ton this quarter to $676, even as wood cost in the U.S. Southeast remained elevated. Lower energy and maintenance expense compensated for lower sales, and EBITDA remained relatively unchanged at $26 million, or $134 per short ton. The EBITDA margin improved to 18 per cent.

Consolidated quarterly operating income variance against year-ago period
The company’s operating income was $81 million lower than the second quarter of 2018. Overall pricing had a $68 million unfavorable impact, as lumber prices decreased by 32 per cent, more than offsetting higher prices in the paper segments. The decline in operating income also reflects the increase in manufacturing costs of $31 million, mainly due to higher fiber costs and additional maintenance, as well as a decrease in sales volume of $13 million, given lower pulp and newsprint shipments. These unfavorable items were offset in part by the $15 million favorable impact of the weaker Canadian dollar and lower depreciation expense of $12 million due to divestitures and the full amortization of certain assets.

Corporate and finance
In June, the company repurchased 0.7 million shares of its common stock, at a total cost of $5 million for the quarter. As of July 31, 2019, the shares repurchased in 2019 amounted to 1.8 million, at a cost of $12 million. There remains $12 million under the existing share repurchase program. With $72 million of cash provided by operations, $19 million of capital expenditures and $19 million of softwood lumber duty deposits, the company ended the quarter with $98 million of cash and $590 million of liquidity. Net debt to trailing 12-month adjusted EBITDA remained low, at 0.7x.

By quarter-end, the company had recorded cumulative softwood lumber duty deposits of $136 million on the balance sheet.

During the quarter, the company completed a five-year extension of its senior secured asset-based revolving credit facility to 2024, with an aggregate lender commitment of $500 million. The extension provides a competitive source of liquidity for the long term.

Outlook
“Pricing for market pulp is expected to remain under pressure in the short term, given elevated global inventories. While lower price realization will weigh on our results in the third quarter, we expect to increase shipments. We continue to be positive on our pulp business, supported by favorable medium-term supply trends and growing demand. We expect to build on the marginally positive EBITDA in tissue with further sales growth and productivity gains in the third quarter. Although we are cautious in our outlook for lumber in the short term, we remain optimistic with the underlying market fundamentals. For paper, pricing headwinds, including recent protectionist measures in India, are expected to continue to affect results in the second half of the year, as the market adjusts to low operating rates. We are confident we have the right assets to compete in these conditions and defend our paper margins,” says Laflamme.