This year's Honorary Life Membership was awarded to Richard Foucault, of Espanola, ON. A former employee of E.B. Eddy Forest Products, now Domtar, Foucault remains as passionate and committed to the p... 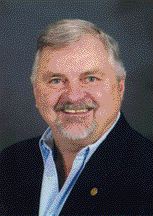 This year’s Honorary Life Membership was awarded to Richard Foucault, of Espanola, ON. A former employee of E.B. Eddy Forest Products, now Domtar, Foucault remains as passionate and committed to the preservation and perseverance of the industry in retirement, as he did when he worked in it.

With a mechanical engineering degree from Carleton University, Foucault has been a dedicated PAPTAC member throughout his career. He was an employee of the organization from 1974-1976, a member of the Mechanical Engineering and Maintenance Committee for almost ten years and served as its Chairman in 1993 and 1994, receiving the F. G. Robinson Award in 1994 for his outstanding work as Chairman.

Foucault was Program and Conference Chairman of the 1990 Maintenance Conference and served as an Executive Councilor in 1996, 1997 and 1998.

In 2000, Foucault served as Chairman of PAPTAC. Although he retired in 2001, Foucault remains dedicated to the industry’s well-being. “We need to put the industry back on its feet,” he told Pulp & Paper Canada. “We have all this wonderful knowledge at our disposal, and we need to share it.”

Related
Sharing The Forest: Quebec Rewrites The Rules
NB hands out Crown forest biomass to eight companies
Tembec puts its pulp and chemicals to use in unique structural composite
Canbio conference to discuss biomass in a Canadian energy strategy