Traditional daily newspapers are a dying breed, but the newspaper business may have turned the corner and adapted to new models of publishing. It’s not good news for newsprint, though. 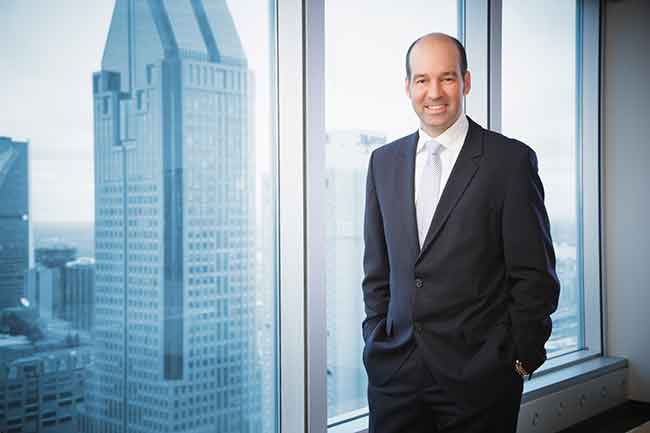 Frédéric Bouchard A couple of recent announcements out of Quebec

A couple of recent announcements out of Quebec are indicative of wider trends in newspaper publishing.

On the demand side, a well-established Quebec daily newspaper has said it will stop printing weekday editions and publish only online Monday to Friday. On the supply side, Kruger is planning to convert a newsprint machine at its Trois-Rivières mill to produce containerboard.And globally, a newspaper association says the balance has finally shifted away from advertising revenue toward circulation revenue in the newspaper sector.

As the industry knows all too well, the onset of the digital age is contributing to declining demand for newsprint grades.

The problem was foreseen, but it struck the industry with far greater force and speed than was anticipated. For a few years, the industry couldn’t shut down capacity fast enough. Now, the supply-side reaction is more in tune with demand, but the long-term outlook is for continued decline.

The closure of La Presse is part of a trend, says Frédéric Bouchard, Forest, Paper & Packaging Montréal leader with PwC. He predicts North America won’t see a lot of printed newspapers in the future. Community newspapers may be slower to follow the pattern of decline seen in daily papers, but it will eventually happen, he says.

Newsprint production “is an industry that’s going to end at some point,” says Bouchard.

Shrinking, but not fast enough
For the next few years, the industry is likely to see more closures than mergers to rationalize the output of newsprint. “I think there are still cuts to come,” says Bouchard. “We should see more closures, more [paper machine] conversions in the next two to five years.”

Since the North American industry has been suffering for about the last 10 years, investment in machinery has been minimal, and that is a challenge when considering paper machine conversions, says Bouchard. Also, a conversion requires a large amount of capital. Kruger’s recently-announced project, for example, has a $250-million price tag.

A report on Canada’s paper industry by IBISWorld comes to a similar conclusion, saying facility and machinery closures are “inevitable” as the industry restructuring continues. “In the five years to 2019, the number of establishments is projected to slowly fall at an annualized rate of 1.2% to 94 facilities,” say the authors of IBISWorld’s Industry Report 32212CA, Paper Mills in Canada. According to IBISWorld’s data, Canada had 150 paper-making establishments in 2006.

Canadian paper industry revenue declined in the five years prior to 2014, mostly due to contractions in downstream newspaper and magazine publishing industries. The United States is the largest export market for Canadian newsprint, and IBISWorld (using data from Natural Resources Canada) says North American demand for newsprint has declined by 65 per cent since 2000.

Analysts at RISI recently warned that tough decisions about capacity are on the way for North American producers. In a short article on Nov. 5, RISI analysts said, “Following the massive losses of 2008-2009, North American demand has averaged annual losses of 7-8 per cent as readers and advertisers have rapidly migrated to digital outlets….newsprint demand is expected to follow up the 9 per cent decline of 2014 with an 11 per cent tumble in 2015.”

The situation at La Presse, a French-language daily newspaper in Quebec, is typical of the changing North American newspaper publishing industry. Beginning next January, La Presse will provide a free digital edition tailored to tablet computers called La Presse+ instead of a printed newspaper.

The publisher notes that La Presse+, after being in existence only 30 months, is more successful than La Presse’s print edition, which is 131 years old. More than 460,000 people access La Presse+ each week.

For Newspapers, growth is in the east
A profound shift in the newspaper business model, evolving for years, is finally here. Global newspaper circulation revenues are larger than newspaper advertising revenues for the first time this century, according to the annual World Press Trends survey released in June by the World Association of Newspapers and News Publishers (WAN-IFRA).

Newspapers generated an estimated US$92 billion in print and digital circulation revenue in 2014, while US$87 billion came from advertising, the survey said.

Print circulation increased 6.4 per cent globally in 2014 from a year earlier and shows a five-year growth of 16.5 per cent. This is the largely the result of circulation increases in India and elsewhere in Asia. The newspaper business in India is still the healthiest print newspaper industry in the world, according to WAN-IFRA. Updated Indian figures have significantly affected the global picture.

In mature markets, says the global organization, newspapers are adopting strategies to make more money from fewer subscribers. These include cover price increases and lowering production costs by reducing the frequency of printing.

When announcing the change its digital-only format, the publisher and president of La Presse, Guy Crevier, said the North American newspaper industry lost 63 per cent of its advertising revenue between 2006 and 2013, or US$29 billion.

“In this context, the distribution model for printed newspapers, with printing costs, paper costs and the cost of the trucks that travel the roads night after night to delivery copies, has simply reached its limit,” said Crevier.

In this context, the traditional business model for newsprint producers may also have reached its limit.