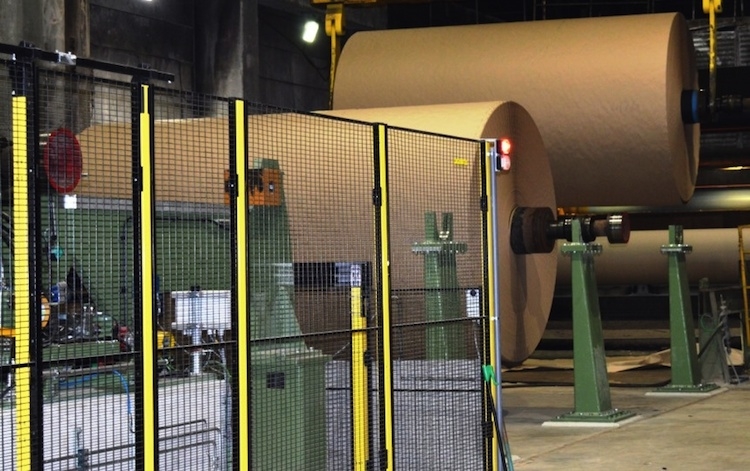 Aug. 2, 2017 – VPK Packaging Group says its paper machine 6 in Oudegem, Belgium, has undergone an “extensive upgrade,” in which stock preparation, production speed and the winder have all been updated.

The PM6 upgrade started with the first step in the production process: stock preparation. Residual pieces are now separated more efficiently after pulping the raw material, which leads to an increased number of fibres and allows for purer paper, says VPK. As well as the PM6, the other two paper machines on site also benefit from this improvement, it notes.

In the second phase, the paper machine itself was upgraded. New drive motors were installed in the drying section, the sieve table was extended, and the guide system was automated, leading to an increase in production speed without any effect on the drying capacity, says VPK, noting that this has resulted in additional output and a maximum speed of 900m per minute.

The third phase of the project, which was recently completed, was the installation of the new winder. It has now been placed in front of the paper machine rather than next to it, making handling safer and more efficient, notes VPK. The new winder does take up extra space, however, so its installation required structural renovations on the site. The existing production hall has been expanded by 750m², and the new winder is currently being put into operation.

VPK says the investment has resulted in: more sustainable use of raw materials; safer and more efficient work; total capacity expansion of 10 per cent; and general improvement of quality, including quality of winding.