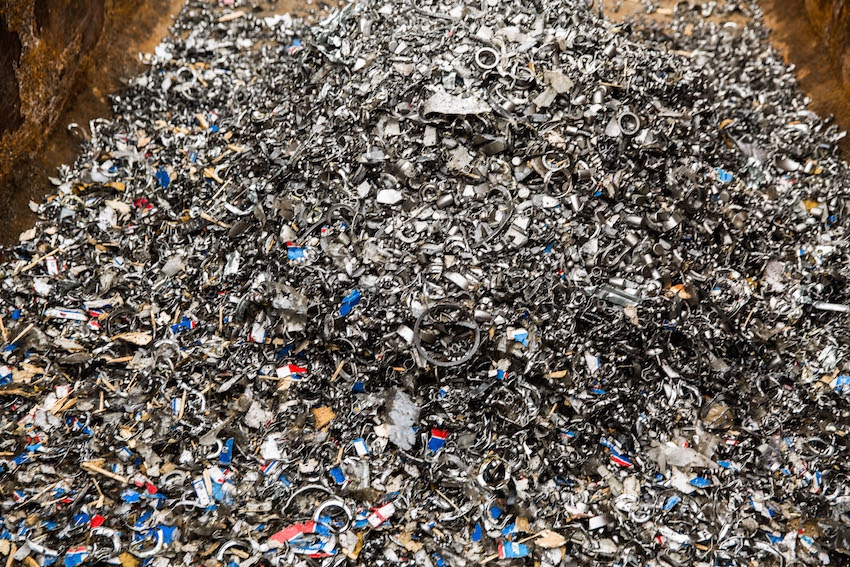 Initiated in 2009, a total of 15 tonnes of counterfeit SKF bearings were seized as part of a raid at a dealer’s warehouse in the area of Piraeus, with whom SKF had no business relationship during these years. The bearings have now officially been declared counterfeit by the Greek courts system, resulting in their destruction.

The raid in 2009 resulted in the seizure of 17,000 pieces of counterfeit rolling bearings, with a total weight of 15 tonnes and a market value of over EUR 1,000,000 These have now been destroyed at a metal recycling facility in Greece, by crushing them in a scrap press, to ensure they will not resurface on the market.

A wide range of companies from the marine and other industrial sectors were affected by the counterfeit SKF bearings sold by this non-authorized dealer in the Piraeus area. Instead of getting the product they thought they were purchasing, the customers ended up with products of unpredictable quality and performance.

“We are very happy that this case is officially closed and has resulted in a positive outcome for SKF and our customers. We will continue to fight the problem of counterfeit products and importers in Greece. This is vital for us in order to protect our customers and their business as well as the reputation of the SKF brand,” said Rania Patsiopoulos, managing director, SKF Hellas S.A.

SKF actively supports law enforcement globally to stop the trade of counterfeit SKF products. This trade is illegal and may lead to substantial fines or imprisonment.

“Counterfeit industrial products like bearings are not bought intentionally by customers, so the best way to fight counterfeit is to raise awareness. Customers who accidentally purchase counterfeit products are being cheated financially and risk damage to their machinery and expensive downtime,” said Tina Åström, director, SKF Group Brand Protection.

SKF urges its customers to carefully select their supplier of SKF products. The best way to safeguard authenticity is sourcing through distributors authorized by SKF.

End customers that install counterfeit components will suffer the most. A recent case proved once again that significant damage can be caused by the failure of a rolling bearing.

An anonymous customer says: “We spent EUR 100,000 on large size bearings, purchased from an unauthorized supplier. We needed the bearings urgently and the supplier matched our required lead time. Their failure was a fact after only a few months, while the expected service life was several years. We faced costly downtime and broken promises to our customers. All this could have been avoided, by more awareness and caution in our sourcing. We will not allow this to happen again.”

To distinguish a counterfeit bearing from an authentic SKF bearing often requires expertise. Customers that suspect they might have been sold counterfeit products should use the SKF Authenticate app for smartphones to take and send photos of suspect products directly to SKF for verification. The app can be downloaded for free from Apple App Store or Google Play. They can also e-mail pictures of the suspected bearings to genuine@skf.com.