March 18, 2019 – Solenis, a chemical producer for water-intensive industries including pulp and paper, has been announced a winner of the NextGen Cup Challenge, a competition to redesign and create a widely recyclable and/or compostable fibre hot and cold to-go cup. 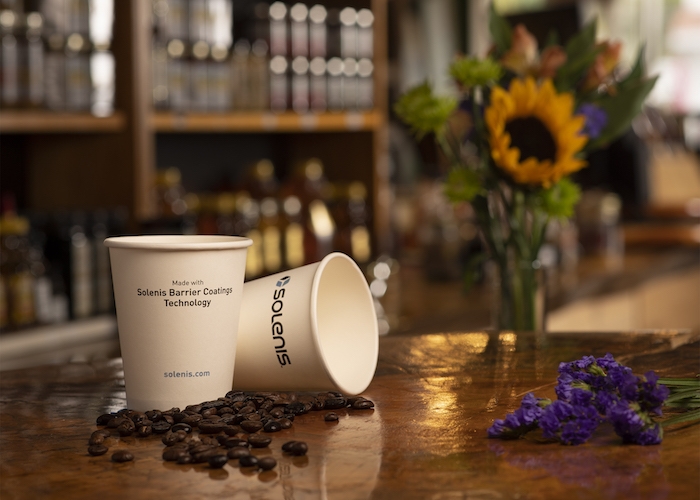 Twelve winners were declared in the contest, which attracted nearly 500 entries from more than 50 countries.

Solenis received the award in the Innovative Cup Liners category for its TopScreen recyclable and compostable barrier coatings, which are suitable for packaging applications that require specific liquid/moisture vapour barrier properties and can replace barriers composed of polyethylene (PE). In the same family are formulations designed to replace perfluorocarbon (PFC) in a variety of applications where grease resistance and moisture vapour barrier properties are required.

TopScreen formulations are produced with sustainably sourced raw materials and a minimum or no fossil fuel components, and can be used to produce fully recyclable and repulpable paper and paperboard packaging.

TopScreen barrier coatings can be applied on paper machine coaters or offline coating equipment, providing flexibility for cup makers and use of existing cup-making equipment.

More than 250 billion fibre to-go cups are used annually. The PE lining that keeps them from leaking also prevents them from being recycled or composted. Instead, they wind up in landfills or waterways, contributing to the growing plastics pollution problem.