Features Pulp Research & Innovation
Spinning a tale: How the spinneret crafts designer fibres made from cellulose 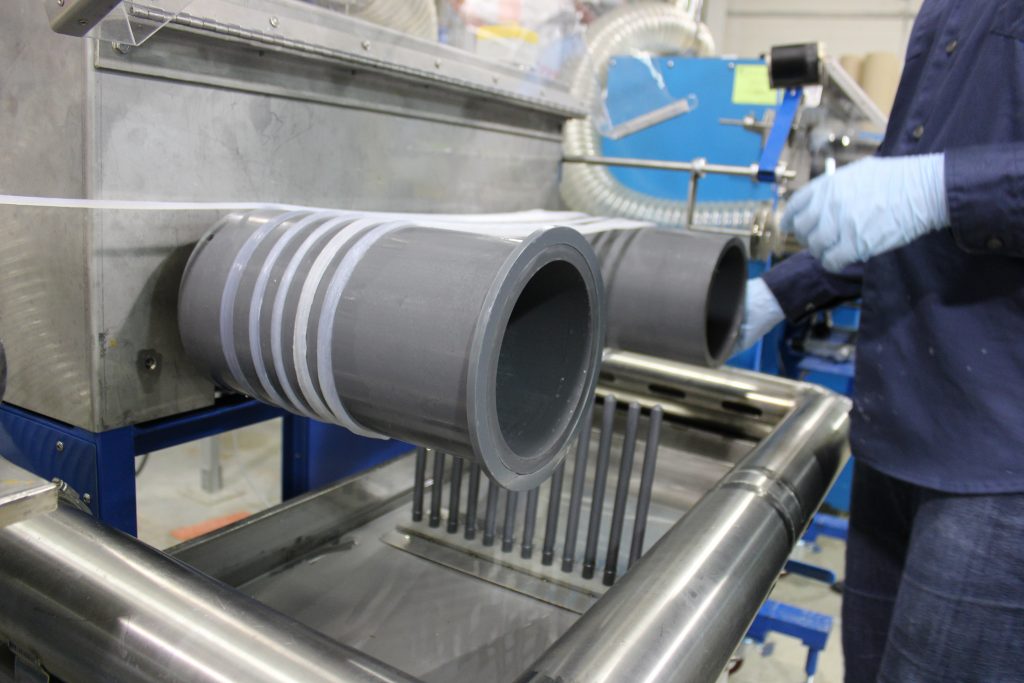 What was once old is new again.

Researchers and technicians from FPInnovations’ biomaterials group have joined forces, using their ingenuity to develop an enhanced version of a dated lab device that is now poised to allow for the design of innovative new manufactured fibres on a larger scale.

The spinneret is a modular device used to safely and continuously produce fibres by regenerating dissolved cellulosic products. It is part of FPInnovations’ Next Generation Designer Fibre Facility.

What is unique about the spinneret is that it uses a chemically modified pulp dissolved in an aqueous solution called dope. When used in a wet-spinning process, it regenerates to form a continuous fibre similar to yarn. The process is more sustainable than other dissolved cellulose practices due to the elimination of several chemicals, including carbon disulphide and ionic liquids.

This is how it works: The dope is pumped from a container through the spinneret head, much like a showerhead, and into the first bath where it forms into fibres.

Interchangeable spinneret heads have a different number of holes in different sizes and shapes to generate a variety of fibres. From that point on, it passes through a series of other baths before the final product is dried and spun onto a spool.

There are many uses for the new materials, such as fibre, films and pellets. The new materials can be used in applications that require high absorbency, such as diapers and other hygienic products, as well as for wound care.

The types of novel fibres the spinneret may eventually make can also be used in construction and electronic materials – and for uses right out of sci-fi novels, such as engineered human-tissue.

“The spinneret is a great achievement for FPInnovations, which turned an outdated device into cutting-edge equipment capable of producing a high-performance, sustainable material that opens the way to tremendous possibilities,” says Eric Olivier, senior director of the bioproducts group.

“But most of all, the key to success lies in the collaboration among our teams who combined their respective expertise to make the most of an existing technology.”

With the pilot-scale spinneret fully operational, it is a step that could eventually enable Canada’s pulp mills to carve out new roles for themselves as the producers of entirely new manufactured fibres for a whole range of materials that are only now being explored.

This article was originally published in the Winter 2020 issue of Pulp & Paper Canada.