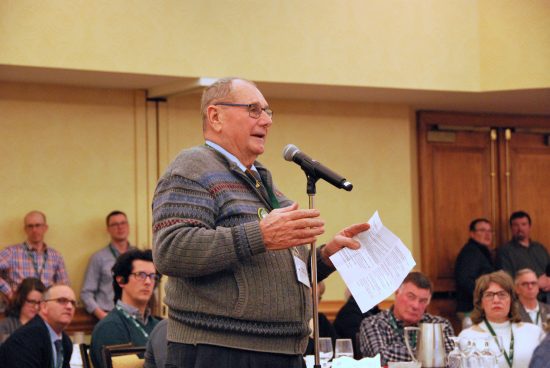 Stakeholders in Nova Scotia's forest industry voice their concerns about the future of the industry in light of the closure of Northern Pulp at the Forest Nova Scotia AGM in Halifax this week. Photo: Canadian Forest Industries

When an emergency responder arrives at a scene and finds someone bleeding out, their immediate priority is to stop the bleeding. That person may have cancer that will need treatment in five years, but if the bleeding isn’t stopped, it won’t matter.

That was the analogy of the Nova Scotia forest industry situation shared by forester Matt Willett at the Forest Nova Scotia AGM this week.

Less than two weeks after the province’s forestry supply chain lynchpin Northern Pulp was forced into hibernation, sawmillers, loggers and woodlot owners are facing an industry shakeup unlike anything the province has seen before.

Willett’s analogous comment – directed at Nova Scotia deputy ministers Kelliann Dean and Julie Towers, who are on the province’s forestry transition team – drew a loud clapping response from the audience.

Earlier that day, forestry minister Iain Rankin announced at the AGM that the province’s $50-million forestry transition fund was to be placed in long-term trust to be used over multiple years to allow the forest industry to diversify. 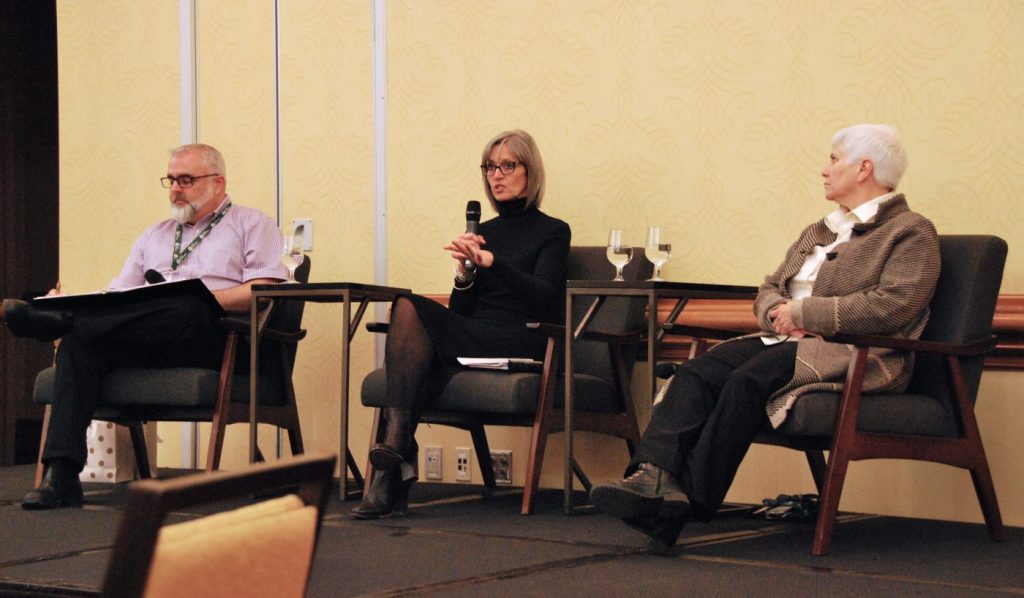 But, as many audience members passionately explained during the discussion with Dean and Towers, without a pulp mill in the supply chain to produce a high-value product from low-value pulp wood and sawmill residuals, there won’t be an industry left to diversify.

Most sawmills have turned to the province’s wood pellet plants or Port Hawkesbury Paper to find a home for their wood chips, but with 90 per cent of the supply now floating in the market since Northern Pulp closed its doors, the price they fetch is unsustainable.

Still, the government has strictly maintained that the forestry transition team will not discuss the re-opening of Northern Pulp.

Former transition team member Robin Wilber, president of Elmsdale Lumber, was removed from the team in January shortly after he expressed support for hot idling the pulp mill in the press.

Speaking as an audience member at the AGM this week, Wilber asked those in the room to raise their hand if they believe the government does not want to see Northern Pulp continue to operate in the province. A strong majority of hands rose.

Addressing Dean and Towers, Wilber said, “I don’t hold a grudge against the premier for sending me a message that he doesn’t want the transition team talking about Northern Pulp. But I think this group here has sent a message to you, that you can take to the premier, that maybe you’d better.”

Van Damme’s talk presented three case studies of what happens when a forestry supply chain collapses. In all three cases, the takeaway is the same: “Find a way to hang on to your supply chain,” Van Damme said, “because rebuilding it is very difficult.” 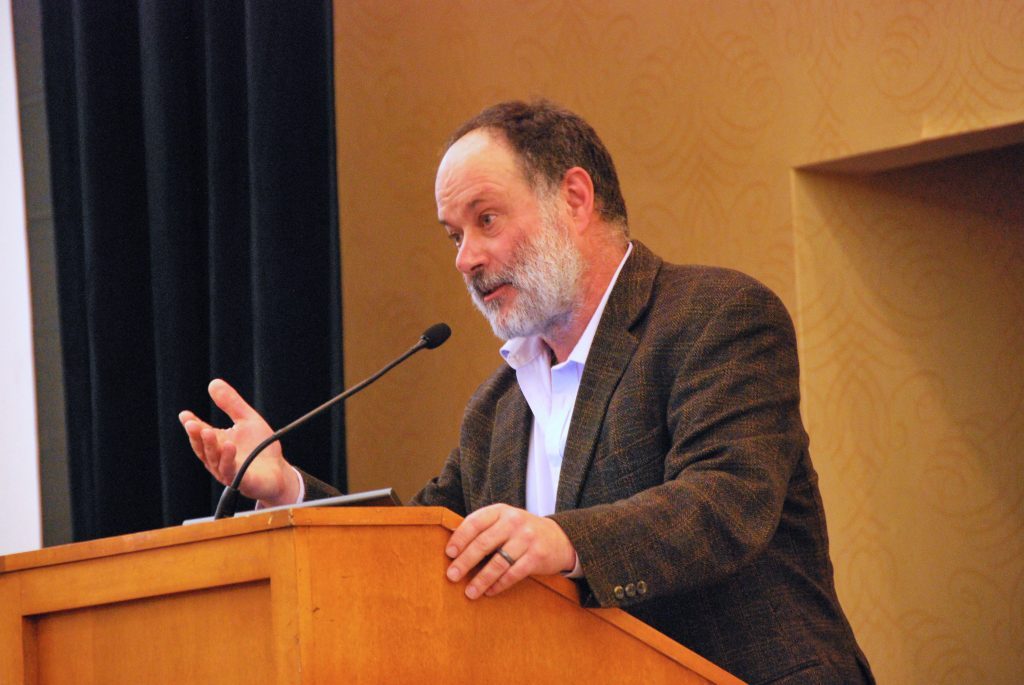 Once the network of loggers, trucking companies, sawmills and pulp and paper mills fractures, it can take decades to rebuild. And investors will shy away from projects in areas with a history of collapse, Van Damme says. Northern Ontario has yet to recover its supply chain from the closure of major pulp and paper producers in the 2000s.

While acknowledging the difficulty of the situation for the industry in Nova Scotia, Forest Products Association of Canada CEO Derek Nighbor was one of a few speakers at the AGM who underlined the value forestry brings to Nova Scotia.

“Forestry is conservation. It’s not forestry versus conservation,” Nighbor said. “We need forest management more than ever with our changing climate. We stand ready to work with communities and companies in Nova Scotia in this transition.” 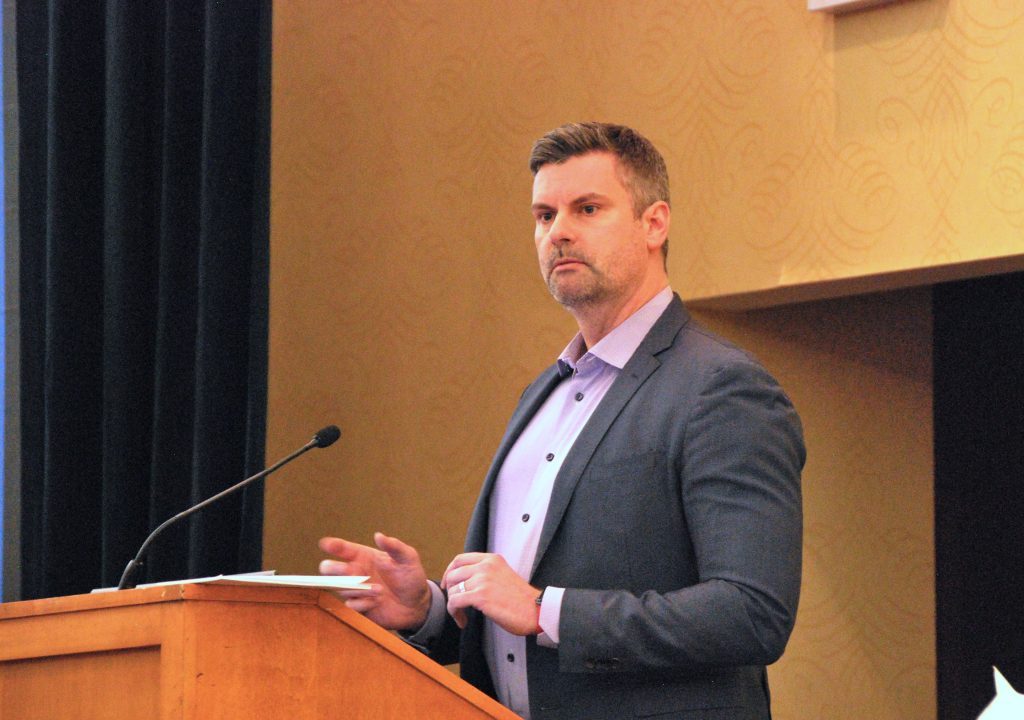 Forest Nova Scotia executive director Jeff Bishop gave a visual to the importance for forestry in the province with his update on the association’s latest public relations campaign: “Nova Scotia Needs Forestry.”

The message is simple, but easy to rally behind. And rally they did, Bishop said. The campaign has distributed more than 7,000 yard signs, all based on demand.

“It’s people telling their own story about what forestry means to them, and means to their community,” Bishop said. 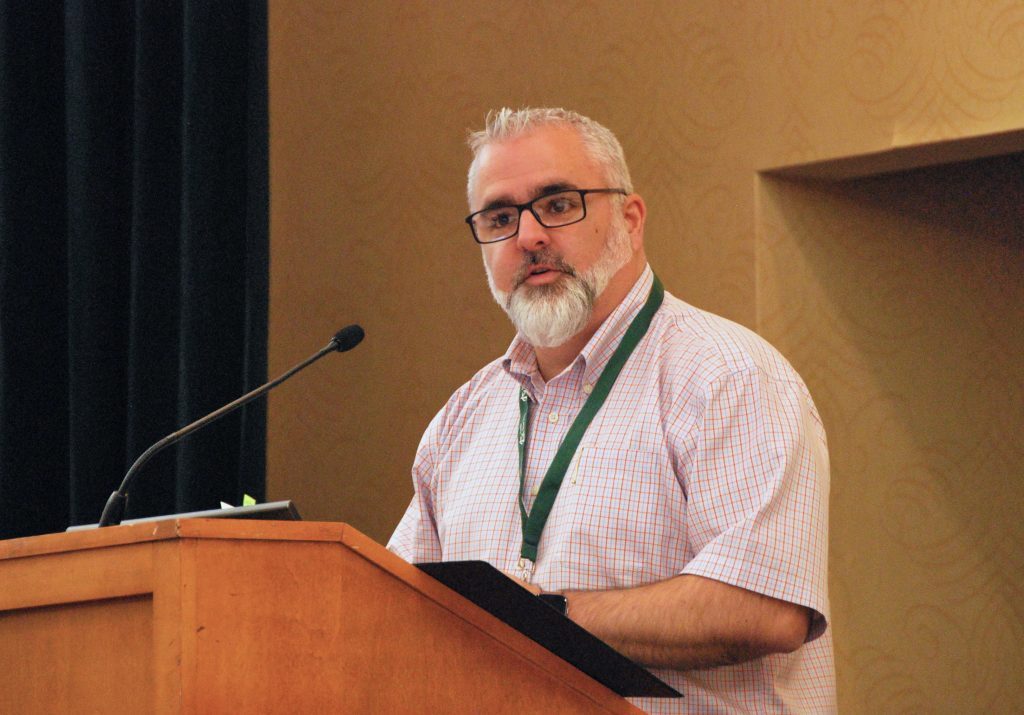 Beth MacNeil, assistant deputy minister for the Canadian Forest Service, outlined several Natural Resources Canada programs that could offer some support for forest companies in Nova Scotia, such as the Investments in Forest Industry Transformation (IFIT) program. Take up for the program has been low in Nova Scotia, she said.

“I do believe there is a role to play in diversifying the forest economy. It may be hard to see today, but we do see it happening in places like B.C. There are opportunities here for higher value forest products,” MacNeil said. 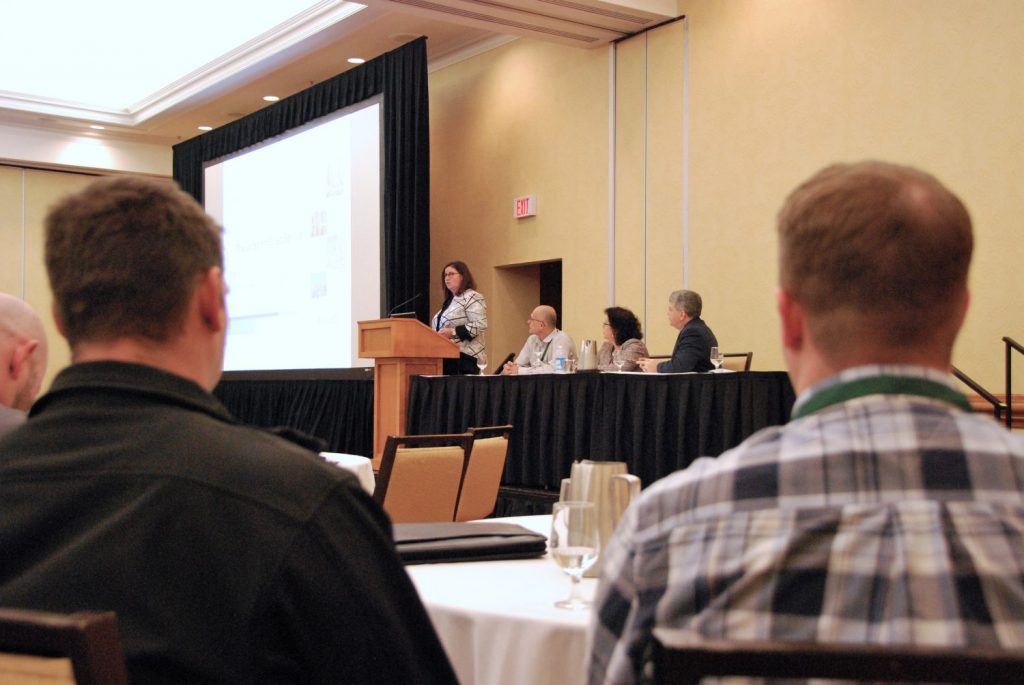 Beth MacNeil, assistant deputy minister for the Canadian Forest Service, speaks as part of a panel on investing in industry. Photo: CFI

In an interview with CFI after the conference wrapped up Wednesday, Bishop said he hopes the conversations between government and industry were meaningful.

“Some folks thanked the deputies for coming, hearing and listening. That was big – for them to have that opportunity. People are in different states of where they are and where they see the future. Some are still frustrated and mad, and some are ready to move on and are making business deals to make that happen – we’ve got people all along the spectrum,” Bishop said.

The conference brought out a few key takeaways for government about the dire need for some short-term fixes to support the industry, he said.

“All of the other forward-looking goals are all for naught if we don’t have a plan for the short-term,” Bishop said.

Maria Church is the editor of Canadian Forest Industries, where this post was originally published.