Bernard Lemaire, chairman of the board of directors of Cascades Inc., Kingsey Falls, QC, announced two new appointments to the board: Michel Desbiens, (president and chief executive officer of Donohue... 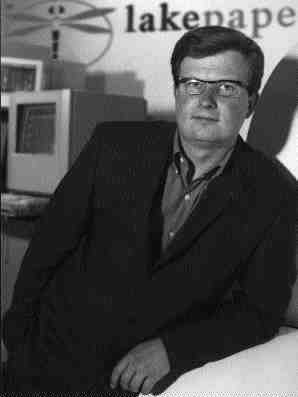 E.QU.I.P. International has appointed Dr. Marco Polverari to the position of manager of polymer development for the PAPEO line of retention aids.

Michael D. Wallace, director of research and development at Mead Central Research was inaugurated as TAPPI president at the TAPPI annual meeting.

Robert DeSanto was promoted to manufacturing manager at the corporate headquarters of Marsden, Inc.

KanEng Industries announced the appointments of Alain Parent as regional sales manager for Eastern Canada, and Albert Cousineau as sales representative for Quebec.

Recent changes at Kruger include the appointment of Alban Asselin as special advisor, corporate affairs and Jean Majeau as general manager – corporate and governmental Affairs for Kruger Inc.

The executive board of COPACEL, the French confederation of the Paper, Cardboard and Cellulose Industries, has appointed a new President, Jean-Philippe Montel.

Jim McLean has been named head of ABB’s Drying & Air Handling Business in the Process Industries Division, Columbus, OH. Within the same division, Ken Morris has been appointed Manager of ABB’s Pulp, Paper and Printing.

Rockwell Automation has named Michael G. Cole as Vice President and Chief Information Officer, with the responsibility for overseeing and directing the Control systems’ information technology activities, as well as coordinating company-wide IT strategies and common infrastructure standards.

The board of directors of Albany International Corp elected Frank R. Schmeler Chairman of the Board and Chief Executive Officer of the company.

Dr. Andreas Beyer, Senior Executive Officer at Rheinmetall, has been appointed by Jagenberg AG’s Supervisory Board to succeed Dieter Niederste-Werbecke who has retired as Executive Board Chairman of Jagenberg AG.

Robert Puhr has accepted a management position with Andritz AG as Director of Customer Communications.

Charles (Chuck) Johnson, chairman of JWI Ltd. and director of AstenJohnson, died peacefully at his home on February 16. Born in Montreal in 1934, Mr. Johnson graduated from McGill University was a bachelor’s degree in mechanical engineering. He joined Johnson Wire Works in 1956 and held numerous technical manufacturing and management positions in the company’s plants in Montreal, Vancouver and Ottawa and Manchester, England. A resident of Ottawa since the late 1970s, Mr. Johnson was active in a number of charitable organizations in Montreal and Ottawa.

Mark Barrett, 48, passed away recently after being critically injured in an automobile accident. Mark was a good friend and colleague to his co-workers at Andritz-Ahlstrom and a 27-year veteran of the pulp and paper industry.

Related
MAKING CDS
Print quality is in the eye of the observer
South America: Rich in resources
Pulping & Bleaching