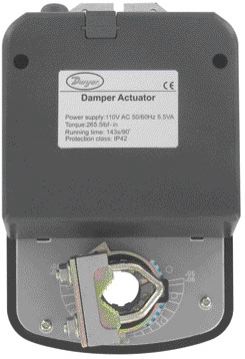 SAVANNAH, GA — M.A. Industries is introducing two new reel turn-up system models for 2007. The first, the BTS 4001 model, is an economic manual system, designed for use on all papermaking equipment and machine speeds. It requires only air to operate. The second model, the MATS 4002, can be operated both in the automatic mode or the manual mode. It requires only air and 100 volts to operate.

BELLEVILLE, ON — Deloro Stellite is celebrating its 100 year anniversary. Since 1907, the company has developed and enhanced its offering of alloys in order to meet the growing demands of the industries and clients it serves.

For metal loss applications that involve high temperature wear, corrosion or abrasion, the Stellite family of alloys offers timely and cost-effective solutions to these challenges. Stellite alloys are available as cast, wrought and P/M components, plus welding consumables including rods, wires and powders.

CELLULOSIC ETHANOL GETS A BOOST IN WISCONSIN

PARK FALLS, WI — Flambeau River Biorefinery LLC of Wisconsin has entered a memorandum of understanding with American Process Inc. of Atlanta, GA, to provide project management and engineering services for its cellulosic ethanol project at Park Falls, WI. The new biorefinery will be built adjacent to the Flambeau River Papers facility in Park Falls, WI.

Flambeau River Papers makes 400 tons of book printing and copy grades on three paper machines every day. The mill recently announced plans to replace its natural gas boilers with a biomass boiler or gasifier. This will position the facility as the first energy integrated mill in North America.

The project will be the first modern, U.S.-based pulp mill biorefinery to produce cellulosic ethanol. It will be designed to produce 20 million gallons of cellulosic ethanol per year from spent pulping liquor. The technology being used in this project is the AVAP, which enables production of ethanol without putting additional pressure on the wood basket and without fossil fuel consumption.

The new biorefinery, as designed, will have a positive carbon impact of ~140,000 tons per year. Once in operation, it will increase employment at the Park Falls area by roughly 100 people.

MISSISSAUGA, ON — KSB Canada is proud to be the sponsor of Anthony Kimlin of Australia, who has been invited to compete for his country at the 2007 World U18 hockey championships in Romania next month.

For the 17-year-old Kimlin, who calls hockey the word’s greatest game, KSB has provided him with an opportunity of a lifetime. “It’s been my dream since the age of seven to play for my country and now I have gotten the call,” he said. Kimlin’s move to Canada became possible because his father, Gary Zeidler, left behind a distinguished career with KSB in Australia to become KSB Canada’s national service manager based in Mississauga.

“Children usually follow their parents wherever the job takes them, but for Gary, moving to Canada allowed his son Anthony to realize his goal of playing ice hockey in a quality Canadian program,” said Jens-Iwe Strunk, KSB Canada’s president and CEO. “Anthony’s hockey dream is one of the key reasons Gary came to join us in Canada and that was a win-win for us and his family. Now it’s given us a unique opportunity to express our appreciation for his dad’s contribution to KSB Canada’s business success by supporting Anthony’s ambition.”

MICHIGAN CITY, IN — Dwyer’s series of DDA, DDB, DDC and DDD damper actuators are suited to positioning dampers and valves in HVAC applications. Units are non-spring return and come in floating modulating inputs. They feature a direct-coupled design and are available in various torque sizes.