News
The Woman Behind the Mill 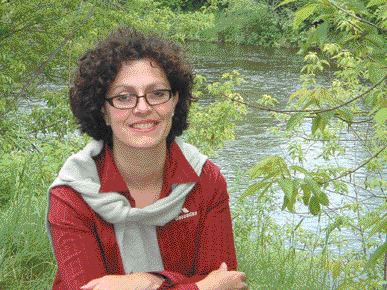 Cascades’ name is synonymous with the manufacturing of packaged products, tissue paper and specialized fine papers. With close to 150 operations world-wide, Cascades recycles more than two million tons of paper and board annually, supplying the majority of its fibre requirements. With 39 years of recycling experience, backed by modern de-inking technology and sustained research, the Cascades paper manufacturing complex in Kingsey Falls, QC, stands proudly. The operation consists of four paper mills, a water treatment system and a cogeneration facility.

Alain Lemaire, president and chief executive officer of Cascades Inc., maintains that the guiding focus of the operation’s future growth will be threefold: a reduction in production costs, energy savings and safeguarding the environment.

With this mandate, it is not a surprise that on May 22, 2003, the Kingsey Falls operation was awarded a Phnix in the category of “expertise in sustainable development — an industry that has implemented an environment management system”, honouring the company’s commitment to the environment. The Phnix de l’environnement acknowledges Quebecers who have made important contributions to the sustainable development and safeguarding of the environment.

Mill manager Julie Giasson said, “This is a goal that we have all worked very hard to achieve, and I am so proud of all the workers.”

A native of Jonquire, QC, Giasson took her first summer job in a paper mill at the age of seventeen. The enjoyment of, and fascination with, the operation made her return for the next four summers and, before she knew it, her future career evolution became firmly entrenched in the paper industry.

“From the very first day, I loved it,” said Giasson proudly. Even at a young age, the fact that she was a female, in a largely male-dominated industry was not an issue for her. If she is forced to label her experience, she refers to it as “positive discrimination”. The Giasson family name was well respected in Jonquire, and she found herself working in the same mill in which her grandfather had been a paper machine operator for 30 years. With Julie, the family’s connection to pulp and paper spans three generations, since her father was also a mill manager.

“It was almost inevitable that I continued to follow in the family foot steps,” Julie admitted with a laugh.

With an MBA as well as a PhD in Chemical Polymers from McGill University in Montreal, Giasson’s early years were devoted to research and development. In July 2001 she was appointed the mill manager at Kingsey Falls, a role that she said, “is a highlight in my career.”

Eric Par, production manager, has worked with Giasson for two years and says that her focus on achieving results is her main strength as a leader. “Her style is very human, but she can also be very stern as a leader,” he said. “It is her ability to balance the two that makes her special.”

Luc Langevin, general manager — converting products and uncoated boards, who has known Julie for the past eight years, agreed and simply added, “She is people-oriented and this is a strong quality.” Julie maintains that she simply feels close to the people who she works with, and sees her role as coaching them not just to achieve their goals, but “to surpass them.”

Kingsey Falls, the birthplace of the Cascades group in the early 60s, is a rural town nestled in the countryside where Bois-Francs and the Eastern Townships meet. It is also home to Marie-Victorin Park, a 29-acre nature escape that features four theme gardens that incorporate ecological principles in its design and maintenance. Cascades’ slogan “Going for Green” is right at home here, as is the ISO 14001 environmental management systems used at the mill. Giasson is proud of the fact that Cascades sees environmental protection as a way of life and as a way of thinking within its operation. She personally promotes the increased awareness and active participation of all the employees.

“We are located in the middle of such natural beauty,” she says. “I am committed to taking care of it.”

During a busy day at the mill, to rejuvenate herself, she escapes to her favourite hideaway, a pumping station called Well #2, where she can sit in tranquillity gazing out at the river. A moment of solitude in a busy mill manager’s life.

Julie Giasson is also a proud mother of a 14-year-old son and an 11-year-old daughter. One cannot help but wonder whether they will carry the family tradition. Will there be a fourth generation of Giassons in the pulp and paper industry?

Your comments are welcomed at zsoltp@pulpandpapercanada.com#text2#