News
Thinking outside the woodbox 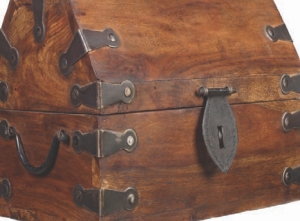 Leave it to the Sunday New York Times -which has historically consumed more of Eastern Canada’s forests than probably any other publication -to (once again) declare the death of paper.

Leave it to the Sunday New York Times -which has historically consumed more of Eastern Canada’s forests than probably any other publication -to (once again) declare the death of paper.

Without a hint of irony, the latest edition of the venerable rest-day read-a- thon profiles a Google employee whose family lives a near paper-free life. Everything in the Uhlik household, from grocery lists to school manuals, has gone digital.

The article reminds readers that global per-capita paper consumption has plateaued in recent years. In the wealthiest countries, it has actually declined. “Paper has been dealt a complete death blow,” Brewster Kahle, who heads something called the Internet Archive, tells the Times. “When was the last time you saw a telephone book?”

It actually matters very little that rich Westerners are using less paper. A two-kilogram per-capita, per-year increase in the consumption of paper products in India, China and Brazil can create enough demand to more than offset a 10-kilogram drop in the rich nations.

This is in fact the story that is unfolding. Unfortunately, Canada’s spindly forest firms have been unable to cash in on this because they lacked the foresight to become global players when they had a chance. They’re now saddled with high debt, labour and wood costs and a punishing exchange rate.

Dependent on the slumping U. S. market, forest types here have not seen the worst yet.

Canada’s forest industry is shrinking as production of pulp and paper shifts to the Southern Hemisphere. By the end of this year, China alone will have added more than 25 million tonnes of new paper-making capacity in the last decade. That’s the equivalent of almost three AbitibiBowaters.

But, hark, a near lone voice cries out from the forest to offer hope.

(No, it’s not Barack Obama.) CIBC World Markets analyst Don Roberts, whose advice is sought by

governments from New Brunswick to Moscow, offers a compelling case for why Canada’s forest sector may have a chance to reclaim its historical advantage.

It stems from what Mr. Roberts calls the convergence of global markets for food, fuel and fibre. The phenomenon will increase the value of Canada’s forests, while squeezing pulp and paper producers in the developing world as they struggle to secure wood supply.

Increased relative wealth in the developing world is driving unprecedented demand for foodstuffs. It’s a simple equation -the richer you get, the more you eat. Yet, agricultural yields for all but a few crops have stagnated or declined. The result is that more land is needed for agriculture in places like Brazil, displacing the forest plantations that are the main source of raw material for Latin America’s pulp mills.

Where plantations exist, they’re increasingly devoted to growing forests for energy. In China, the government promises that by 2020, it will set aside 13 million hectares -an area about the size of New Brunswick and Nova Scotia combined -to grow trees to go into biofuel production.

Demand for biofuels is growing in the developing world for largely two reasons: The rising price of oil makes biofuels cost-competitive, and domestic trees are a more secure source of energy than imported oil.

In the developed world, demand for biofuels stems largely from a push for more green energy. The European Union’s decision to set a binding 20-percent target for renewable energy by 2020 will, Mr. Roberts predicts, increase the continent’s demand for wood by more than 200 million cubic metres annually -or about as much as the Canadian forest industry currently harvests in a single year.

The result is that wood will no longer be priced as a commodity used to make paper or lumber, but on its energy equivalency. If that happens, Mr. Roberts explains, the price of a tonne of wood pellets would be the same as for 3.3 barrels of oil -which is a lot more than the wood currently fetches.

For Canada’s forest industry, herein lies a second chance. But it requires companies and governments to invest now in the research capacity to produce higher-value-added products -not basic wood pellets -to reflect the market price of the trees. Mr. Roberts foresees traditional pulp mills adding biorefineries alongside that use some of their wood to produce everything from ethanol for vehicles to polyethylene and other renewable plastics.

The competition is already thinking ahead: Finnish-based forest giant UPM-Kymmene is working with partners on producing what’s known as Fischer-Tropsch fuel, a synthetic petroleum, from biomass.

If Mr. Roberts is right, as he usually is, Canada’s forest companies have an opportunity to reinvent themselves. Will they seize it? Or, like paper in the Uhlik household, will they go the way of the dodo?

Konrad Yakabuski has written on Quebec business, politics and culture for The Globe and Mail since 1996. He previously worked as a political reporter at Le Devoir. He holds a Bachelor of Arts degree in political science from McGill University and a Master of Science in Business Administration degree from the University of British Columbia.