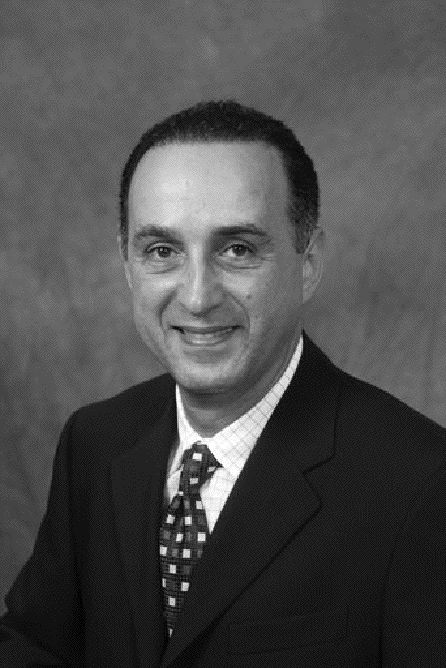 Nevertheless, there seems to be a turning point in sight. For a change, not much new tissue capacity is being planned for 2005 and beyond in North America. The big players are very cautious about addi…

Nevertheless, there seems to be a turning point in sight. For a change, not much new tissue capacity is being planned for 2005 and beyond in North America. The big players are very cautious about adding new machines until the market tightens enough for producers to successfully pass through cost increases. The new mantra is “controlled production and controlled capacity increases.”

Controlling oversupply is good, but the flip side of that coin is risking low inventories in both the tissue supply and tissue production sectors. Consequently, when there is a spike in demand, parent rolls and finished products could be harder to find than usual.

2003 was a fairly tough year for tissue — the AFH market shrank about 3.5%, and overall tissue production decreased. The economy had a hard time rebounding from the series of 2001 downturn events.

The time had also arrived when the North American market was virtually saturated at consumption of more than 23 kg per person, per year. Average usage throughout the rest of the world taken together is still below 3 kg per person, per year. Growth is now minimal in the U.S., and market share can only be won, or increased, through hard-fought and highly financed battles between competitors. TAD still remains the biggest news in tissue, and much of the newest product introductions in the U.S. are in favour of TAD.

Despite a difficult 2003, tissue consumption held steady and, in fact, early in 2004 the big three, GP, KCC and P&G, all reported net sales increases and gains in earnings for fiscal 2003. The same is expected to hold true when 2004 earning reports are released.

While 2004 showed an improvement for tissue over 2003, it presented its own set of challenges, although we are still one of the more dynamic sectors in the paper industry.

Tissue capacity in the U.S. rose approximately 2.5 % in 2003, bringing us to over eight million tonnes. In 2004, we had an increase of less than 2%, followed by an anticipated increase of only about 1% for 2005. As of this writing, there has been no announcement of any major capacity increases for 2006 and beyond.

By 2005, the TAD share of the capacity increases since 2001 will be more than 500,000 tonnes. Something to watch closely as this may displace some of conventional tissue capacity.

Both fibre and energy costs have risen well above historical levels to remain at record highs, which together affect every aspect of the business. Profit margins at most mills have been squeezed tight.

In 2004, SCA initiated the first 9% price increase in AFH market for 1Q-. This was successfully followed by all major players as well as many independent converters.

Then in Q3 2004, G-P led the second AFH price increase. Both the integrated and non-integrated tissue makers and converters were also quite supportive of the second increase. Everyone had been feeling the pressure of rising costs and was ready for the much-needed relief in case goods prices.

In the AH segment, P&G was the leader in announcing the only price increase for that market in August of 2004. P&G has used the strategy of offering discounts and promotions at the same time that they raise prices, effectively negating some of the price increase.

For 2005, GP took the lead back in November of 2004 and announced another 10-15% price increase, effective February 2005, for the commercial and AFH markets.

The bottom line is the majority of manufacturers will seek to raise, or already have raised their prices. They have been waiting to do so since 2000, but the economy has not allowed them to, since demand for tissue was affected by the overall financial health of the country. However, 2005 might be the right time since there has been reasonable growth in household income along with improved employment figures.

While America often seems near saturation points for the tissue market, the Canadian tissue market has settled down to an American pace over the past decade. In the 1970s the Canadian tissue market was expanding at close to 4% per year. Now it has a growth rate that averages less than 2% per year, only slightly less than the U.S. growth and per capita consumption rate. Much of the rest of the world is still catching up. Both choice and quality have a long way to go if they are going to match N.A. and, to some extent, the Japanese retail tissue offerings.

In 2001, Canadian manufacturer Irving added Andritz TissueFlex technology at its PM2 in St. John, N.B. In addition, they just finished updating their Toronto mill with new converting lines and TissueFlex technology. Kruger now has the newest tissue PM in Canada, as well as the rebuilt Crabtree/Lennoxville PM.

U.S. manufacturers have been expanding into Canada, close to doubling the country’s tissue imports to just over 200,000 tpy. Ironically, this trend is balanced by Canada’s exportation of tissue products, primarily into the U.S. While operating rates are up in Canada, it may not be enough for producers to raise tissue prices. Canada faces the same production cost challenges as the U.S., as well as the threat of imports, and the same difficulty in successfully raising prices. Tissue is the one bright area there, as well.

The health of the tissue business

Despite the economic challenges, tissue continues as one of the healthiest sectors within the paper industry. Profitability for tissue producers will be an issue around the globe. The counter-balancing principle will be an increase in demand. Eastern Europe’s per-capita tissue consumption at 2.2 kg per person is still one-tenth of North America’s at 22 kg per person, and a good deal less than western Europe’s 14 kg per person. So there’s obviously lots of room for growth as long as economic conditions allow. Analysts predict that eastern Europe’s tissue market will continue growing at the rate of 7-8% annually.

Where do we stand?

While we might have expected a further softening of the U.S. market in 2004, it actually rebounded slightly, with AH growing slightly more than AFH. It would seem that marketing efforts on the part of towelling and bathroom tissue have been working — consumers have been “upgraded” and sales are holding. While other industry sectors have gone down, tissue has remained healthy.

In the meantime, we’ve seen that the key to adding capacity and expansion in the current markets has been through quality. We expect more of the new machines to be equipped with TAD technology as the new standard for premium tissue. TAD-produced tissue is not only softer, it’s 50% more absorbent and even stronger than traditional Yankee-dried tissue or towels. And while the larger TAD machines are more costly, the cost is offset by the technology being more efficient with lower fibre consumption, improved product quality and higher-priced substrate sheets.

The global tissue market is estimated to have a yearly value of $30 billion with a volume of between 25 and 30 million tonnes per year. Staggering, but still only the tip of the iceberg as China and Asia come into the game, stronger and stronger every day. The eastern European market also has lots of room for growth. It will be interesting to see if the big players are able to continue their consolidation trend in those marke
ts as well.

So the potential continues to be great, and the challenge continues to be making margins work. Around 40% of tissue produced in the U.S. is made from purchased wastepaper fibre and around 20% is produced from market pulp. The remaining approximate 40% is produced at on-site integrated pulp and paper mills. The costs for purchasing all of these raw materials, producing tissue and delivering the finished product have all gone up. Yet the market has not made it easy to pass on price increases. The answer seems to be in that quality story.

As we have witnessed, all of the mergers, acquisitions and consolidations in the U.S. have resulted in the big three players controlling close to 85% of the market in tissue production. This has enabled them to exert more control in adding new capacity, as well as more control in the market by sticking to the “controlled production” mantra. Now they can elect to produce only what they need, thus contributing more in a tight market environment!

From Canada, Cascades has moved up to number four position through pure acquisition, primarily by acquiring a number of former American tissue mills. Cascades Group has always been a big player in the parent roll market. However, as their finished products business continues to improve and the need for their own converting increases, they may need to withdraw some tonnage from the market in order to fill their own increased case goods orders. The real return on acquired assets and support of debt service comes from the increased sale of converted and added value products. Any pull-back in parent roll sales could further tighten the market and possibly lead to higher prices.

The announced price increases in 2004, in both AH and AFH have been quite successful in keeping the market healthy for all players. Public companies are responsible to shareholders to generate profits, and now that everyone has maximized, price increases have become more effective.

With improved overall economy and further strength in the tissue industry, case goods price increase implementations are going to be a lot easier and would help to improve the bottom line. On the retail side, the AH market has been lagging behind in announcing price increases because of the continuous pressure from big retailers, especially like Wal-Mart, Costco and large supermarket chains. That pressure eventually needs to be lifted to allow for prices to rise and to provide a healthier environment for the manufacturer. You can’t sell more in a stronger market for less and continue to absorb higher costs that you can’t pass along.

As for pulp prices, although we have seen them peak out and even exhibit a somewhat downward trend in 4th quarter, the trend is upward in 2005 due to an anticipated stronger economy. Hence, I believe any softening of pulp prices will have no impact on tissue prices until the economy really slows down and the downward trend for pulp prices becomes more visible.

Since the market has stayed relatively strong from 4Q04 and through 1Q05, going forward with the absence of any major capacity increases, we would expect a much tighter market, more increase in case good prices, higher import volume for parent rolls and some case goods, less availability of parent rolls and potentially higher prices. All of these should contribute and support further price increases in 2005, in addition to the increased fibre cost pressure.