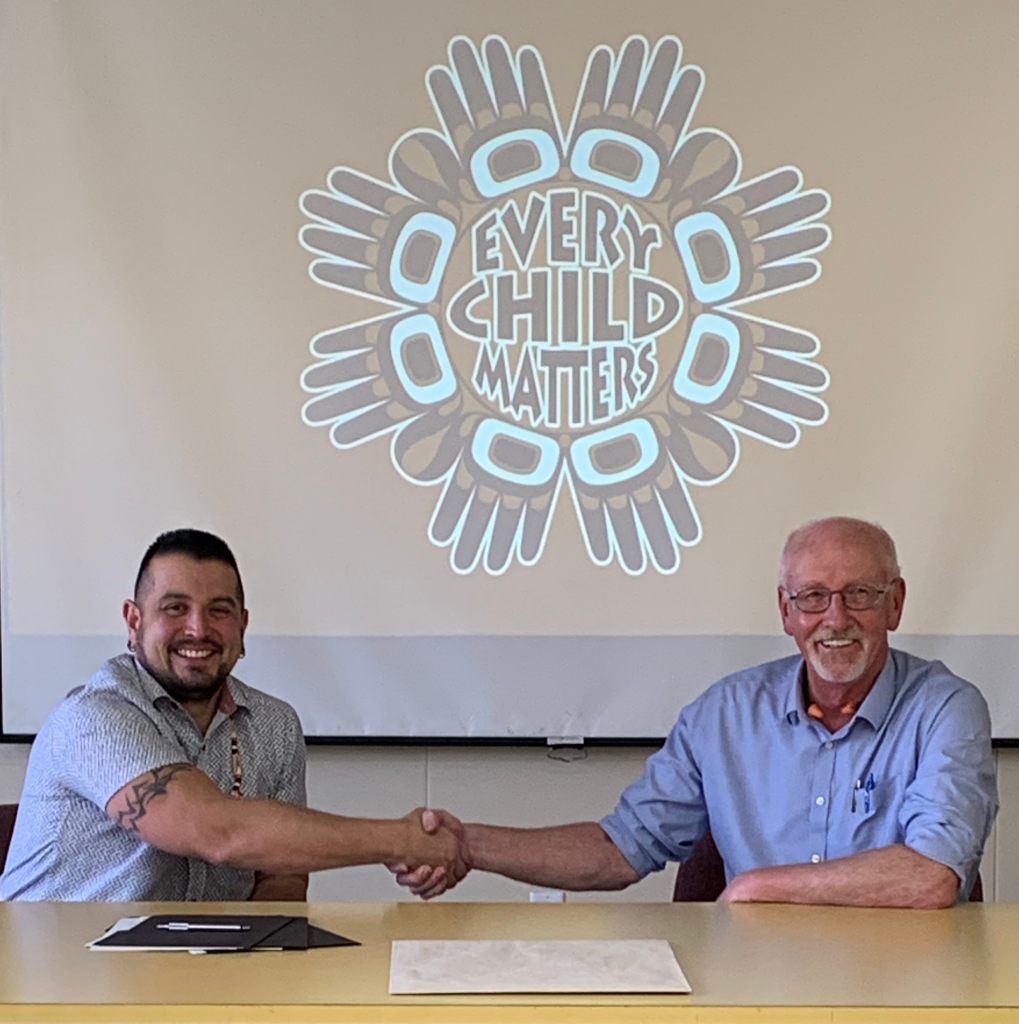 Tseshaht First Nation and Catalyst Paper, a Paper Excellence company, recently announced the signing of a Memorandum of Understanding (MOU). The MOU sets out the intentions of both parties to build a collaborative relationship together.

“This document outlines many objectives. None are more important than all of us recognizing and respecting the aboriginal rights of the Tseshaht Nation,” said Walter Tarnowsky, general manager at Catalyst Port Alberni. “While the signing of this document marks the culmination of a lot of people’s efforts, it truly marks the beginning of a process.  We must not look at this process of reconciliation as one of simply understanding and empathizing. It must be a process of genuine change and resolution.”

“For Tseshaht it is really important, not just because of the location of the paper mill here, but the history that was once here as a village, as a community, as employment for many of our community members from decades ago until recently. We have members who work here now. It’s a totally interconnected feeling for us, it’s not just about jobs; it’s about sharing history, it’s about sharing culture. It’s about their connection to the Somass River here and how close they are. We’re excited about it,” said Wahmeesh Ken Watts, elected Chief Councillor for Tseshaht First Nation.

In a statement released by the company, Paper Excellence said that it believes reconciliation through collaboration and an open-minded approach builds lasting and meaningful connections. The company, therefore, focuses on building long-term high-value partnerships with communities it operates in. This is to align its vision, values and corporate policies with local Indigenous Peoples.