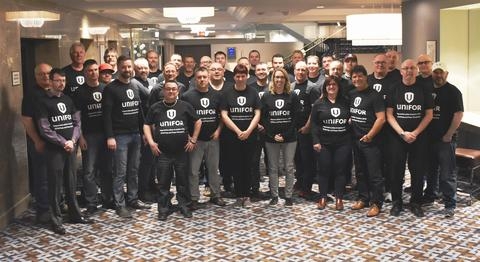 Apr. 16, 2018 – Resolute Forest Products Inc. today announced that a tentative four-year agreement has been reached with Unifor, subject to ratification by their members.

“We are pleased that we have reached a tentative agreement with Unifor national and local leadership that recognizes the contribution of employees to the success of the business and provides stability for our customers, shareholders, communities and other company partners,” said Yves Laflamme, Resolute president and CEO. “Once ratified, this agreement will support long-term investments in our Canadian operations.”

“Pulp and paper jobs sustain communities large and small across Ontario, Quebec, and the Atlantic,” said Jerry Dias, Unifor National President. “This tentative agreement will ensure that Unifor members receive fair compensation. It also creates local investment during a time when the industry is under attack from the U.S.”

Unifor is Canada’s largest union in the private sector, representing 315,000 workers in every major area of the economy. Unifor represents the majority of hourly employees working across the company’s Canadian pulp and paper operations.