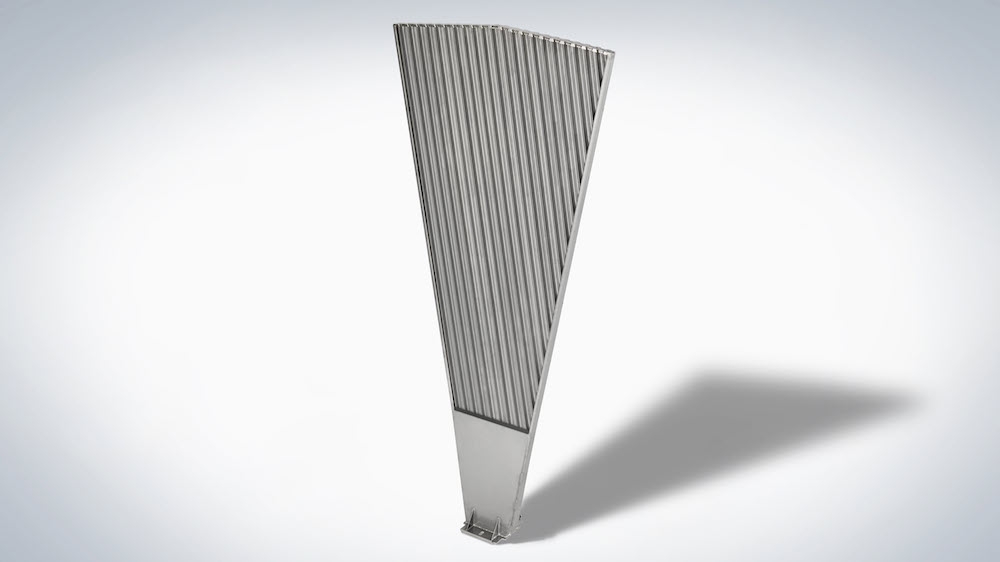 December 7, 2018 – Voith has launched the disc filter sector FloWing to mark the 20th anniversary of its BaglessPlus family of filters.

To create the product, Voith engineers investigated the effects of different disc surfaces and topographies on the capacity. At the same time, the FloWing needed to retain the knock-off properties and high filtrate quality of the BaglessPlus sectors. This resulted in a geometry that allows the formation of a thick fibre mat that also ensures ideal fibre separation.

Thanks to their wing design, the FloWing filter sectors have a 56 per cent larger surface than conventional systems, and when compared to Voith’s BaglessPlus discs, the surface has increased by around 30 per cent. Depending on raw material quality, the increase in throughput is from 20 to 30 per cent. FloWing disc filter sectors are even stronger at critical positions and allow for longer service lives than the previous BaglessPlus sectors.

FloWing filter discs can be used in existing disc filters, including those from other manufacturers.

According to Voith, the filter bags commonly used in conventional disc filters are responsible for regular shutdowns in the stock preparation unit. They often tear during operation, which results in corresponding fibre losses. The filtrate, which is usually used at various spray nozzles on the paper machine, is also contaminated by fibres and fines, which clog up the nozzles. This clogging requires a system shutdown for cleaning. The BaglessPlus filter discs do not use bags, which the company says leads to improved cost efficiencies because of less downtime and reduction in fresh water requirments.