With word of a soft market and widespread discounting, many companies are holding their breaths before any major investment in their mill facilities, preferring a conservative level of spending instea... 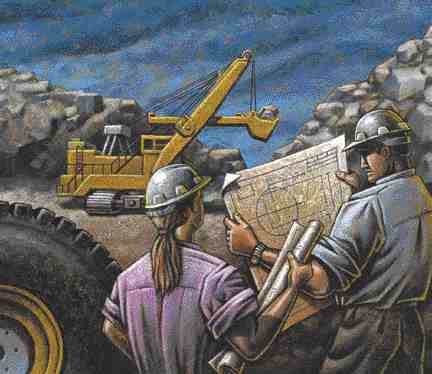 With word of a soft market and widespread discounting, many companies are holding their breaths before any major investment in their mill facilities, preferring a conservative level of spending instead. In last year’s P&PC report, the investment figures had almost doubled from the previous year as companies recovered optimism from the downturn of 1999. This year’s numbers hover between those two levels.

Of the principal players in the field, one exception in the general trend to limit expenditures is Abitibi-Consolidated, which shows confidence in the future by an increased major investment in its mill facilities. While continuing to make major investments, Tembec cut back slightly from last year and Kruger increased its portion for this year. These three companies account for over half of the total investment in mill facilities for 2001.

Larger projects include Abitibi-Consolidated’s conversion of OPCO to TMP at Baie Comeau, QC, and the conversion to 100% DIP at Thorold, ON. Kruger is investing in increased coated paper production at Trois-Rivires, QC, and the speed-up of PM 1 at Bromptonville, QC. Tembec’s Specialty Cellulose Division is planning a modernization of its sulphite mill, along with the dryer and finishing departments, in Tmiscaming, QC. The TMP plant and PM modification for Tembec’s Pine Falls mill in Manitoba has just been completed. Smurfit-Stone’s large caustification project is almost complete in La Tuque, QC. While Domtar’s total capital expenditures are down, there are several large projects nearing completion for this year, including a retrofit for PM 7 in Windsor, QC.

Some attention has shifted to pollution control, where there is a marked increase in upgrading equipment and facilities which are expected to comply to tighter government regulations while maintaining existing standards. Weyerhaeuser made a large committment in pollution control as, to a lesser degree, did Domtar, Norampac and Tembec. Tembec is also investing in energy conservation projects, along with Kruger.

On an interesting note, the relatively stable number of surveys returned for our capital expenditure study in 2000 and 2001 reflect a reduced number of companies representing a greater total of mills due to the continuing consolidations in the industry. A quick comparison to lists from 1996 shows, for instance, 12 separate entities which are now represented by three major players, i.e., Abitibi-Consolidated, Tembec and Kruger.