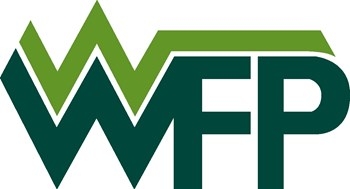 Lumber revenue was $238.2 million, an increase from $212.5 million in the third quarter of 2017, as continued strong global demand for specialty lumber delivered a 16 per cent increase in average price realizations, despite a weakening sales mix. Total lumber sales volumes decreased by four per cent. Western red cedar shipments decreased nine per cent as the market availability of cedar logs for purchase was significantly reduced due to the severe coastal fire conditions. A lack of Douglas fir log availability was the primary contributor in a 21 per cent reduction in Japan lumber shipments. Commodity lumber volumes increased to 50 per cent of the company’s lumber shipments from 47 per cent in the same period last year.

Third-quarter log revenue was $33.6 million in 2018, a decrease of $21.9 million from the same period last year. Improved log market pricing was more than offset by a weaker domestic log sales mix. Log shipments decreased by 17 per cent as compared to the third quarter of 2017 as we suspended our export log sales program to direct additional logs to our mills. Our export log shipments in the period originated from a short-term First Nation timber purchase agreement managed by Western.