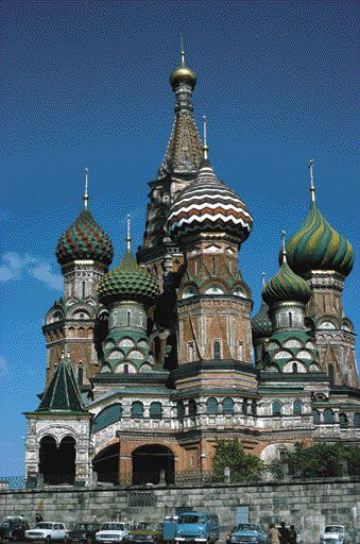 TORONTO, ON — Fraser Papers has entered into an asset purchase agreement with SMART Papers LLC. The accession will see an affiliate of SMART Papers acquire the pulp and paper assets of Fraser, located in Park Falls, WI, as well as its converting, distribution and customer service centres in Chicago, IL.

Fraser is working to reposition its asset base in order to hone in on its core integrated paper operations. Although the company doesn’t expect to record any substantial gain or loss from the transaction, it does anticipate a benefit from an immediate reduction in selling and administration costs.

HELSINKI, FINLAND — As part of a strategy to increase its presence in France and western Europe, Stora Enso is in the midst of negotiations to acquire paper merchant Papeteries de France from International Papers. PdF currently boasts 200 employees, all based in France. The company would become part of the Stora Enso merchants division, Papyrus.

The transaction is expected to close at the end of the month.

KINGSEY FALLS, QC — Cascades has agreed to acquire the assets of Dover Industries packaging division, located in Burlington, ON.

Eric Laflamme, North American CEO of the boxboard group, hopes the transaction will increase the company’s integration in NA while permitting the group to branch out its product lines.

MONTREAL, QC — It’s been a tough quarter for Tembec. The forest products giant posted a whopping $73.9 million operating loss, falling victim to pressures imposed by sinking pulp prices and a soaring Canadian dollar. Exponential wood and energy costs have also hit not only Tembec, but numerous industry players, hard. However, CEO Frank Dottori has confirmed his confidence that pulp prices will soon be on the upswing, prompting higher selling prices once demand improves. Until such a time the company is maintaining a defensive approach, through the restriction of capital expenditures while controlling costs and maintaining liquidity.

CHICAGO, IL — A new operating division will help Smurfit-Stone Container Corporation provide merchandizing solutions to retailers and consumer packaging companies. i2i, or innovation to implementation, is building on a business model the company first developed in Asia, where the company combines the capabilities of packaging solution centres and manufacturing plants with externally sourced products and services to deliver brand development and design services to customers. The new division will unite Smurfit-Stone’s repertoire of North American products, services and Asian offerings with a network of brand service partners. The affiliate will also partner in areas such as brand creation marketing and fulfillment.

JAKARTA, INDONESIA — An investigation into allegations of environmental damage carried out by Asia Pulp & Paper is currently under way. The Financial Times reported the company has allegedly been logging large areas of natural forest in Yunnan province. Greenpeace first launched the claim in November 2004.

The Financial Times confirmed APP has denied any wrongdoing, and has commissioned an independent review of activities being carried out in the area. The company reportedly anticipates the results of the study will culminate in its absolution.

The Beijing government has sent officials to the province to further investigate the allegations.

CHINA — Walki Wisa, part of UPM’s converting division, is preparing to build a converting factory in China, roughly 100 kilometres from Shanghai. The new facility will produce industrial wrapping materials for the Chinese paper industry, as demand for high quality wrapping materials is anticipated to grow. The factory will also enable the flexible production of converted papers for China’s packaging industry.

The facility is scheduled to start up during the first quarter of 2006.

QUEBEC CITY, QC — If rationalization is a cardinal step towards a strengthened industry, Stadacona Inc. has made a move in the right direction. As part of a $44 million modernization strategy, the paper mill is planning to lacerate 250 jobs over a period of five years. The mill currently employs 950 people. The Montreal Gazette reported that of the $44 million, $26 million will be directed to the mill’s No. 3 boiler, in order to improve operating efficiency and to ensure it will be able to burn waste-wood biomass. It is anticipated that this upgrade will culminate in a 75% savings in oil, and a reduction of 80% in green-house gas emissions. The Gazette further reported the remaining $10 million will go to an upgrade of the mill’s PM4, and $8 million will be spent on information and automation technology.

STAMFORD, CT — For a sum of $2.3 billion, MeadWestvaco Corporation is selling its papers business and associated assets to a new company controlled by Cerberus Capital Management L.P., a private, New York-based investment firm.

MeadWestvaco entered the agreement with the intention of creating a more focused company, while paying down its debt. The sale is expected to be complete by the second quarter of 2005.

JAKARTA, INDONESIA — Indonesia may have the natural resources to support a vibrant pulp and paper industry, but rampant corruption, the Asian financial crisis of the late 90’s and a lack of foreign investment are eating away at the country’s potential.

Yahoo Finance recently reported that investors are reluctant to pour money into the country’s industry due to heavy taxation, corruption and an unpredictable judiciary. APKI has estimated that paper output will creep to 7.75 million tonnes in 2005, up only slightly from 7.4 million tonnes in 2004. Indonesia has reportedly only used 2 million hectares of forestland out of the 90 million available for legal exploitation.

KINGSEY FALLS, QC — A marketing strategy to expand its expertise will see Cascades open a new sales office in Obninsk, situated 90 km southwest of Moscow. The company has previously communicated its intent to expand its presence in eastern Europe, while offering a diversified product line of board comprised primarily of recycled, but also virgin, fibres.

Russia is showing signs of being a profitable future market, boasting a GDP increase of 7.3% between 2002 and 2003. The packaging sector is expected to benefit from this momentum.

Vice president of Cascades SA Stphane Thiollier has affirmed the Russian market hovers around 500,000 tonnes of board, “which is not an insignificant market, is very promising and comparable to the size of certain markets in western Europe.”

TRIUMPH OF THE PAPER BALLOT

You can take the voter away from the paper, but you can’t take the paper away from the voter. Despite predictions that high tech voting methods would see the eventual replacement of pencil and paper ballots, the Florida Sun Sentinel reported that voters using ATM-style voting machines in November’s U.S. presidential electio
n were 50% more likely to cast a damaged ballot, or have an unregistered vote, compared with voting machines using paper ballots.

Only 15 of Florida’s 67 counties use touch screen-voting systems. Although the pros and cons of the two methods have remained the subject of hot debate in the wake of the controversial 2000 election, Ohio secretary of state J. Kenneth Blackwell declared that touch-screen machines will no longer be used in elections in Ohio. Whether other states will adopt a similar stance remains to be seen, but criticisms of the electronic device abound. The touch-screen method offers voters no opportunity to verify their selection once the ballot has been cast, a problem obviously not applicable to a paper ballot.Source: Sun-Sentinel of South Florida

LAYING DOWN THE LAW

MIRAMICHI, NB — A court injunction granted to UPM Miramichi has set limitations for picketing at the company’s facility in Miramichi. The decree pertains to the strike being carried out by Local 689 of the Communications, Energy and Paperworkers union, whose picketers have allegedly become a public safety concern. The mill has a total of five gates, which are accessible from the highway. Strikers are demonstrating at all of them. The court injunction took into account the impact the strike has had on commercial traffic, and found the delay of vehicles entering and leaving the property went beyond the limits the law imposes on striking picketers. Under the terms of the injunction, the union is now limited to having a maximum of six picketers at any one time at the three primary gates to the property. The court order also prohibits picketers from obstructing cars entering or exiting the mill site.