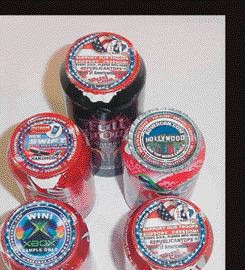 Tapping in at the Top

WHITECOURT, AB — An intensive audit of its forest management operations led to the certification of Millar Western’s Whitecourt Woodlands by the Canadian Standards Association.

“Increasingly, customers are looking for assurance that the wood-fibre products they purchase are made with legally-harvested timber from well managed forests,” Trevor Wakelin, Millar Western’s director of fibre resources said of the certification. “Through our registration under CSA and other certification systems, we are able to provide our customers with third-party verification of the sustainability of our forest practices, enabling them to purchase our products with confidence.”

The Whitecourt Woodlands department has been issued a certificate of registration that will remain valid until December 26, 2009.

KENORA, ON — Weyerhaeuser is cutting 100 jobs at its Kenora, ON plant. A total of 41 positions are being permanently eliminated.

Fort Frances Times Online recently reported the company is cutting back the workforce at the plant because of declining demand.

The facility provides jobs for roughly 230 people, and stands as one of the largest employers in the Kenora region.

According to the Times Online report, Weyerhaeuser informed the community before the Christmas holidays there would be layoffs coming down the pipeline.

“There is never an easy time to announce layoffs, but the New Year is especially difficult,” the report confirmed Bonnie Skene, spokesperson for Weyerhaeuser’s Ontario operations as saying.

VANCOUVER, BC — A total of U.S.$118.9 million in duty deposits has been returned to International Forest Products. The money represents the bulk sum of capital the company anticipates receiving from the Canada-U.S. softwood lumber settlement; however, the refund is subject to an 18.06% claw back under the terms of the agreement, plus income taxes, which are expected to be remitted in the first quarter of 2007.

NANAIMO, BC — Other Nanaimo-based mills are also suffering from a lack of supplies. The Port Alice pulp mill, after six consecutive months of successful operation, was forced to shut down for two weeks in November due to wood shortages.

According to Business Examiner BC, the problem is expected to be an ongoing one.

“We had two weeks of downtime in November because we didn’t have any wood,” the Examiner reported spokesperson Brenda Allen as saying. “And that was sort of a combination of not being able to buy enough wood and the freak storms that we’ve been subject to because a lot of our wood comes off the north coast and Alaska and around the island. Those storms wreaked havoc on the ability to transport it to us.”

The mill has suffered its share of challenges, and after closing and reopening twice, the company has poured more than $60 million in capital and equipment upgrades into the facility.

BOISE, ID — Boise Paper is closing a paper converting facility in Salem, OR. The next nine months will see a phasing out of the converting operations, and in the third quarter of 2007, the plant will close permanently.

The company plans to sell the property, and accommodate future converting requirements through its Alabama, Oregon, Minnesota and Washington plants.

“Demand and supply patterns for paper are changing and we have excess sheeting capacity,” Miles Hewitt, senior vice president and general manager said of the closure.

FORT FRANCES WORKERS GIVE GO-AHEAD: BIOMASS BOILER TO BE BUILT

FORT FRANCES, ON — When all is said and done, it appears to be a fair trade-off.

Abitibi-Consolidated workers at the Fort Frances mill voted to accept contract ratifications in exchange for the construction of a new biomass boiler.

“All four locals ratified the contract extension. The company’s already ratified it. We have a green light now for the construction of a biomass boiler in Fort Frances,” the Fort Frances Times Online reported Communications, Energy and Paperworker’s union national representative Rene Lindquist as saying. “The agreement extends the unions’ normal agreement with the company, which expires April 30, 2009. This new agreement will pick up from that date, and whatever the Abitibi Eastern Canada pattern settlement is, that will be extended automatically to the Fort William division,” he said.

The agreement was contingent upon the guarantee that a biomass boiler would be constructed at the mill.

FINLAND — Driven by the forest-based sector, the European Commission is putting in motion new targets designed to increase the use of renewable energy. By 2010, the commission wants a 10% biofuel inclusion rate to be in place.

The commission estimates that increased production of renewable energy will create over 140,000 new jobs in Europe, and intends to concentrate on finding a balance between bioenergy objectives and the biomass processing industry, being cautious not to threaten the three million jobs in the wood-processing sector.

The commission notes the success of the forestry industry, as it makes efficient use of wood for both processing and bioenergy, and expects the industry’s expertise, research and development will inevitably lend itself to the achievement of the new targets.

BACK TO WORK IN PORT HAWKESBURY

PORT HAWKESBURY, NS — After being out of commission for nearly a year, Stora Enso’s Port Hawkesbury mill is once again up and running.

According to a recent report by the Chronicle Herald, the settling of a challenging labour dispute culminated in the restarting of PM1, and the calling back to work of the facility’s 610 employees.

“The employees are both excited and relieved to see the newsprint machine running,” the Chronicle Herald reported Stora Enso spokeswoman Patricia Dietz as saying. “We now have a full complement of employees at the mill.” PM2 resumed production several weeks ago.

The mill shut down last December for a scheduled 48-hour shutdown, which was then followed by a five-month strike and subsequent lockout.

VANCOUVER, BC — Canfor’s board of directors had adopted a shareholder rights plan, in an attempt to protect itself from hostile takeover bids, the Vancouver Sun has reported.

The company confirmed the plan is analogous to the one it adopted last April, and should not be viewed in light of an actual bid. The Vancouver Sun further reported that Canfor confirmed the plan has nothing to do with an increase in ownership by Third Avenue Management.

“We’d like to be quite clear, this is a process-driven event,” the Sun reported David Jan, Canfor’s manager of investor relations as saying. “It is not because of any [external] event.”

Canfor suspended its rights plan in order to put in place a policy that would permit the board to initiate a plan if a takeover bid were submitted, the Sun confirmed.

NANAIMO, BC — Good prices don’t necessarily mean good business, Pope & Talbot has learned. A wood chip shortage forced the company to slash production on one of its pulp lines even though prices are strong, the Nanaimo News Bulletin reported.

Harmac moved up a scheduled maintenance shutdown from January to December in an effort to allow fibre supplies to rejuvenate. The Nanaimo News Bulletin re
ported Paul Sadler, mill manager, as saying poor weather conditions have taken a toll on supplies, which are already weak.

“We’re in a situation where we have to make a decision — do you run the mill hard and face more significant problems or slow the pace down a little bit,” he said of the facility’s dilemma.

Sadler expressed his frustration with the situation and called on the government to foster an environment more conducive to investment. “We have to create a better business climate to get people to come here and invest in $80 million sawmills,” he said.

MONTREAL, QC — Antitrust authorities have approved the Domtar/Weyerhaeuser deal. The transaction, which will see the merger of Domtar with Weyerhaeuser’s fine paper and related businesses, remains subject to other closing conditions, including approvals from Investment Canada and Domtar shareholders. However, the deal is expected to wrap up during the first quarter of 2007.

“We are very pleased with these decisions from the Canadian and U.S. authorities,” said Raymond Royer, Domtar’s president and CEO. “This was an essential condition for the transaction. This major step now enables us to seek approval from our shareholders and start developing a plan to better meet the needs of our customers across North America,” he added.

TAPPING IN AT THE TOP

Marketers are looking to tap into a brand new form of advertising. Advercan, a Dallas-based beverage packaging/media company claims their new label can cover soda and beer cans with pulp-based biodegradable labeling. The firm recently confirmed that cellulose, when used with certain proprietary film combinations, can be used for beverage can top labeling. The biodegradable sealing material could be applied to aluminum beverage cans, as well as yogourt cups.

“I noticed certain films reacted well after bonding them with a basic sheet laminator,” Kenny Mac McClintock, Advercan’s inventor and team leader said. “Only this one material combination worked well as a commercially feasible option when tested on [a] prototype conduction sealer machine,” he continued.

Advercan is now in talks with Innovia, 3M, and Alcan flexible packaging. The company expects that the technology could be up and running on beverage lines by the third quarter of 2007.