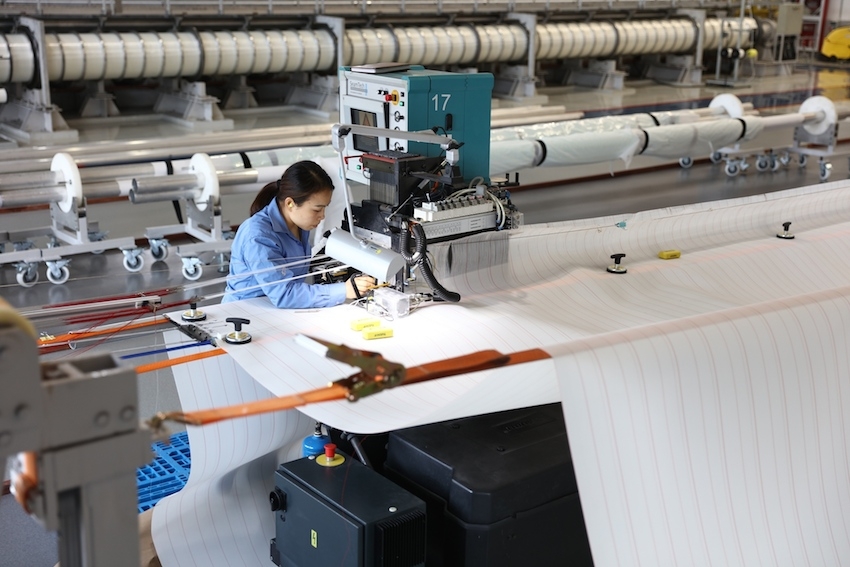 May 30, 2017 – Xerium Technologies, a global provider of industrial consumable products and services, has shipped its first forming fabric from its Kunshan, China, machine clothing plant.

“We are extremely excited to now be producing world-class forming fabrics for our customers here in China and the greater Asia-Pacific market,” said Bob Burke, Xerium Asia president. “We are very proud of the entire team in Kunshan. Their dedication and hard work helped pave the way for Xerium to now be a local producer of forming fabrics in addition to press felts for the Asia-Pacific region from the new Kunshan plant. The technology transfer process from our Xerium Germany team has been extremely successful and we look forward to producing our newly launched high-performance TransForm portfolio in the near future.”

Xerium describes the location of the Kunshan plant as in the “heart of the Yangtze River papermaking region of China, the very centre of the largest and fastest growing papermaking region in the world.” This, the company believes, will significant help increase its competitive position, “first with press felt production” and by being able to closely partner with customers in China and other areas in Asia.

The forming fabric on a papermaking-type machine is a continuous belt, or multiple belts on some machines, made of specially engineered synthetic mesh upon which various grades of fibrous products are formed, explains Xerium, noting that forming fabrics essentially act as a high-tech filter media separating the fiber from water. Highly engineered weave patterns and multiple layering of modern forming fabrics are specially designed to meet stringent requirements for mechanical stability while running on the machine, resistance to abrasion, controlled water drainage rates, fiber retention, and overall quality of the paperboard, tissue, or paper being produced, says Xerium. Small differences in forming fabrics can be the difference between a machine running effectively, or having downtime due to inferior performance, it notes.

“We are delighted to celebrate yet another important milestone with the expansion of the Kunshan plant that is now producing our industry-leading forming fabric technology. We have a strong Lean Six Sigma certified team leading the plant utilizing the latest product designs, best materials, and most modern manufacturing processes in the world,” said Harold Bevis, Xerium president and CEO. “Customers have really welcomed Kunshan as the new local source of high-value press felts when we opened it in 2015. Now we can deliver the most modern forming fabric technology from this same facility, Xerium is locally positioned to deliver the most modern machine clothing products to the largest machines in the world.”