News
A Fond Farewell To Mackenzie 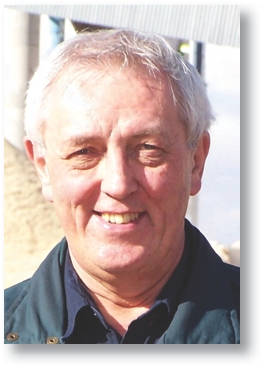 I told president Tim Roots this morning that I plan to end my employment with Mackenzie Pulp Mill Environmental Management Inc. on Friday May 8, 2009. Today is my tenth anniversary on the job. The pre…

I told president Tim Roots this morning that I plan to end my employment with Mackenzie Pulp Mill Environmental Management Inc. on Friday May 8, 2009. Today is my tenth anniversary on the job. The previous record holder was a bit short of five years so my record may stand for a while.

Across the industry, ten years is not a record but it’s up there; and doing it for a succession of six different employers in the same mill may be a record!

By early May, the risk of winter freezing will be over. We will have done what we said we would do, as far as ensuring the safety of our employees and the community, and protecting the environment from chemical spills is concerned. We will have also resisted the pressure to cut spending on asset preservation, at least to the extent that we have not let the mill freeze up or burn down.

I’m proud of what our team has achieved. Of course, there will be tremendous pressure to get through next winter at reduced cost. That’s obvious. It will take a lot of methodical management at the mill level, rather than creative leadership; I will get out of the way and let someone else handle that.

Before I accepted this position ten years ago, I told Fletcher Challenge that it was time for them to stop viewing Mackenzie as an entry point to the bigger mills at Crofton and Campbell River on Vancouver Island. It was time to hire a manager for Mackenzie who wanted to live in Mackenzie, provide the kind of leadership that was necessary, and participate actively in community life for three to five years. I made that commitment, knowing that three years was the average tenure of my nine predecessors.

In 1999, I was intensely motivated to demonstrate that shrewd team building and fired-up, trust-generating leadership could make a big difference in performance. After five consecutive annual production records (from 2001 to 2005) we’d proved that. Eight months into 2006, we were ahead of 2005, en route to a sixth consecutive annual record. Then we were hit by the perfect storm of the escalating pine beetle resin levels and the fibre shortage resulting from the collapse of the lumber market.

Corporately, the collapse came at us in stages: in April, 2007, Pope & Talbot’s CEO, who I much admired, retired; in October 2007, the corporation filed for protection from creditors; in May 2008, the company declared bankruptcy and PricewaterhouseCoopers was appointed receiver. In September 2008, after PwC had taken an amazing four months to do what should, in PwC’s own assessment, have taken three to six weeks, Worthington Industries assumed ownership. Two weeks later, when Worthington announced that the startup was to be delayed, the writing was on the wall.

My objective has always remained what it was when I first came here: to help lift this mill to new levels of achievement. The commitment to people’s safety and to the environment caused me to change gears over the past winter, recognizing there were powerful decision makers who did not understand the devastating potential consequences of what they might do.

Now spring is coming. Right now, it may look just the opposite, but I believe Mackenzie Pulp Operations has a bright operating future. Like the Cariboo and Taylor pulp mills, Mackenzie was built to serve the regional lumber mills by making a valuable product out of what used to be waste streams. When the lumber industry comes back in 2010, sawmills will need an outlet for chips and sawdust. With a fine-tuned configuration that typically consumes 55% chips and 45% sawdust -yet remains able to revert to processing 100% chip furnish -Mackenzie is beautifully suited to the fibre supply from the Mackenzie region.

Rebuilding the team, restoring equipment performance, and completing a small number of specific minor modernization projects for improved competitiveness is going to be a long-term challenge again. By the time the mill is contemplating restart, I will be approaching my 64th birthday. I’m not suggesting I’m slowing down. What I am suggesting is that at 64, I’m not going to be making another three-to five-year commitment, which is exactly the kind of commitment that our employees and the community need, expect, and deserve. It will be time for a new leader to step up.

My wife Cecille has supported me in my career demands for nearly 37 years, starting when I was a production area supervisor, with those nighttime calls, and now she’s been married to a pulp mill manager since 1989. So now it’s time for us to shift priorities. We will leave Mackenzie with no regrets and an abundance of great memories. The opportunities we’ve had to get involved in a number of community activities and the many great people we have met have made our ten years in Mackenzie a tremendous, enriching experience.

I plan to change pace and find some other ways to keep myself busy, including sharing the experience I’ve been fortunate enough to accumulate over four decades.

My best wishes for all the best to the Mackenzie team and community.