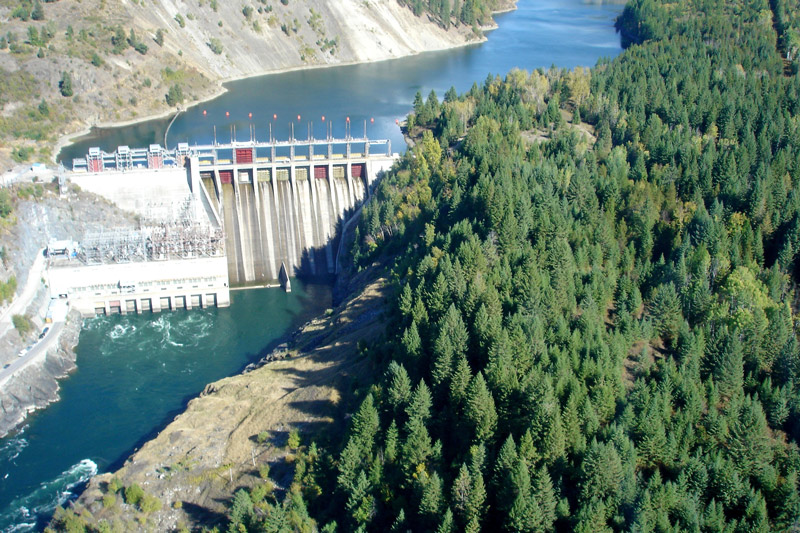 A new B.C. Hydro program will improve the viability of the energy-intensive mechanical pulping industry in B.C. Shown above is B.C. Hydro's Waneta Dam.

The B.C. Ministry of Energy and Mines and BC Hydro have introduced a new energy efficiency program aimed at reducing the power costs of mechanical pulp producers. The Power Smart program provides an injection of $100 million over three years…

The B.C. Ministry of Energy and Mines and BC Hydro have introduced a new energy efficiency program aimed at reducing the power costs of mechanical pulp producers. The Power Smart program provides an injection of $100 million over three years and is aimed at reducing energy intensity and improving energy efficiency used in the thermo-mechanical pulping process at seven pulp facilities throughout British Columbia.

The new program builds on existing initiatives for industrial customers where BC Hydro provides a financial incentive of up to 75% of the project cost to support investments in more energy efficient equipment.

Under the new program, thermo-mechanical pulp and paper producers, which have electricity costs that account for as much as 30% of their operating budgets and represent 10% of BC Hydro’s annual power sales, will be eligible for increased incentives ranging from $5 million to $25 million for projects that can reduce their power consumption.

The program is expected to reduce electricity consumption by 300 gigawatt hours per year which will save pulp and paper producers $17.5 million in annual power costs. In addition, by reducing overall electricity demand by this amount, BC Hydro will avoid the need to acquire new sources of power generation.

Catalyst Paper is in the advanced stages of planning for a project in Powell River that utilizes waste steam to reduce its electrical load on the BC Hydro system. The project has an expected capital cost in excess of $25 million of which Power Smart funding will cover 75% and reduces energy cost by an estimated $5 million annually.

“We are pleased with this outcome after several months of open dialogue examining all sides of this complex situation,” says Catalyst president and CEO Joe Nemeth. “This program improves the viability of the energy-intensive mechanical pulping industry and will help ensure the economic benefits we generate throughout the province will continue.”