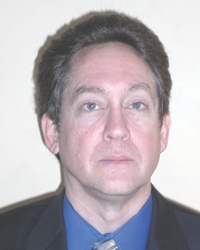 What do we know about climate change and the response of forests in Canada? To make informed judgments about solutions, we need to become familiar with some of the important dimensions of the question…

What do we know about climate change and the response of forests in Canada? To make informed judgments about solutions, we need to become familiar with some of the important dimensions of the question.

Climate change is sometimes portrayed as a simple question of belief or non-belief in a phenomenon. However, it is actually a complex question, particularly so when we need specific answers to questions that affect an industry such as pulp and paper in Canada.

Careful evaluation of the benefits and costs of solutions is appropriate in this context. In order to make informed judgments about solutions, we need to become familiar with factors contextualizing the question, such as detection, modeling, attribution, impact estimation, and mitigation/adaptation. Finally, it is useful to consider what is likely to happen to forests in Canada under a changing climate.

To determine if the earth has gotten warmer, one must make comparisons with earlier dates. Prior to 1900, very few records exist outside of Europe and North America. As a result, before 1880 or so, proxy (indirect indicator) data must be used. How the data are best compiled, analyzed, smoothed, calibrated, weighted and interpreted is not yet standardized, and different studies therefore can, and do, produce quite different histories. These different reconstructions have implications for how unusual, or not, recent warming trends are.

Forecasts of the effects of human activities on the climate are made using General Circulation Models (GCMs). These are massive computer codes created by large teams that simulate the earth’s radiative balance, winds, ocean currents, etc., to predict the effects of changes in land use and greenhouse gases on climate. Large grids are simulated, with smaller scale processes approximated.

The problem from a policy perspective is not how good the models are, but that even the technically literate public cannot evaluate how good they are. The model details are neither accessible nor understandable to even most scientists, and model outputs cannot be boiled down to any simple statistic. To verify a 100-year model projection, one must unfortunately wait … 100 years! Using the 20th century climate history for testing has the problematic circularity that this data was used for model development.

A notable complication for Canada is that the region is affected by the Pacific Decadal Oscillation (PDO), which has been in the “warm phase” since 1976. The PDO affects weather in Canada, with the warm phase making winters warmer. Several months ago, NASA officially declared that the PDO has shifted into its “cool phase,” which could last for several decades. This means that weather in Canada could deviate on the cool side over the coming decades, compared to GCM model projections and to the rest of the world.

One of the key questions about global warming is attributing warming to a particular cause. While it might seem obvious that if CO2 is rising and the temperature is too, then the one must cause the other. Of course, in science, causality cannot be established on the basis of something being obvious. After all, temperatures have risen and fallen in the past when CO2 was fairly constant. For this reason, a number of attribution studies have been conducted. These attribution studies make assumptions, use certain scenarios and data, and a variety of methods. They depend on very uncertain estimates of temperature and solar activity over the past several centuries, which are key test data. They have produced a range of answers, from most of the warming being natural, to most of it being anthropogenic.

The first step in conducting such an analysis is to choose a scenario and a GCM. The output for that scenario (of population, land use change, etc.) and model combination is then applied via a downscaling exercise (from grid cell to the particular watershed or forest to be evaluated) to obtain the particular climate for evaluating impact. A model of species response is then applied to this scenario.

Besides it being difficult to quantify uncertainties, projections are not subject to testing. When projecting that, under a future climate, species X will go extinct, we must wait and see if this occurs. In essence, each climate change impact study is formulating a hypothesis, as opposed to testing one. All of these hypotheses will hang in the air for the next 50 to 100 years until we find out which ones are right, by which time most of the authors will be dead. Science does not progress by making hypotheses alone, but by a cycle of formulating, testing and refining hypotheses. The impact studies are unfortunately not subject to testing or refining.

For Canada’s forests, further complications arise. While a warmer climate is likely to allow faster tree growth in general (and modest changes at treeline and in growth rates can be attributed to 20th century warming), local sites may show slower growth during a transition period because of melting permafrost, changing drainage, etc. A key factor for predicting the response of Canadian forests to a changing climate is the change in patterns of precipitation, which is a factor not well predicted by climate models, particularly at the local scale. Thus, climate change, whether natural or man-made, makes long-term management planning particularly difficult in Canada, where changes in climate are likely to be greater than in lower latitudes.

There are three general courses of action for responding to concerns about human influences on climate: reduce emissions, sequester carbon, and mitigate future effects. These general categories do not point to any particular set of policies, actions or activities. Solutions to climate change must operate in complex systems (such as ecosystems and economies), in which sensible theories might not work in practice. Solutions can have unintended consequences that reduce effectiveness and increase costs. Solutions can also encounter political resistance. For example, nuclear power is a proven option for reducing CO2 emissions associated with the production of electricity, but many people are not receptive to this option for various reasons. Carbon sequestration is believed to be a mitigation option for climate change, and forests store a very large amount of carbon. In order to both sequester carbon and use the forest for commercial products, the life cycle of products must be considered. Harvested wood is made into products which may remain out of the atmosphere for a very long time, while wood used for energy displaces fossil fuels, thus reducing emissions. While sequestration of carbon in forests and wood products can be demonstrated at the scale of an industry, it is problematic to quantify changes over time at the woodlot scale, because forests grow slowly and are not usually inventoried at a level of detail sufficient to demonstrate small changes over a short time interval. Permanence is also an issue for carbon accounting, as no particular woodlot that is sequestering carbon can be guaranteed not to burn up or be killed by pests.

Given the many aspects of the climate issue, it seems too simplistic to ask whether one “believes” in global warming. Determining benefits from a proposed mitigation option can involve evaluating long-term responses, such as lifetimes of construction material and decay in landfills or forest responses to carbon dioxide and climate over century scales. It is important to avoid unexpected adverse consequences (economic and environmental) of well-intentioned actions. Thus, understanding the context and interactions of forests in response to climate is increasing in importance for the paper industry. PPC