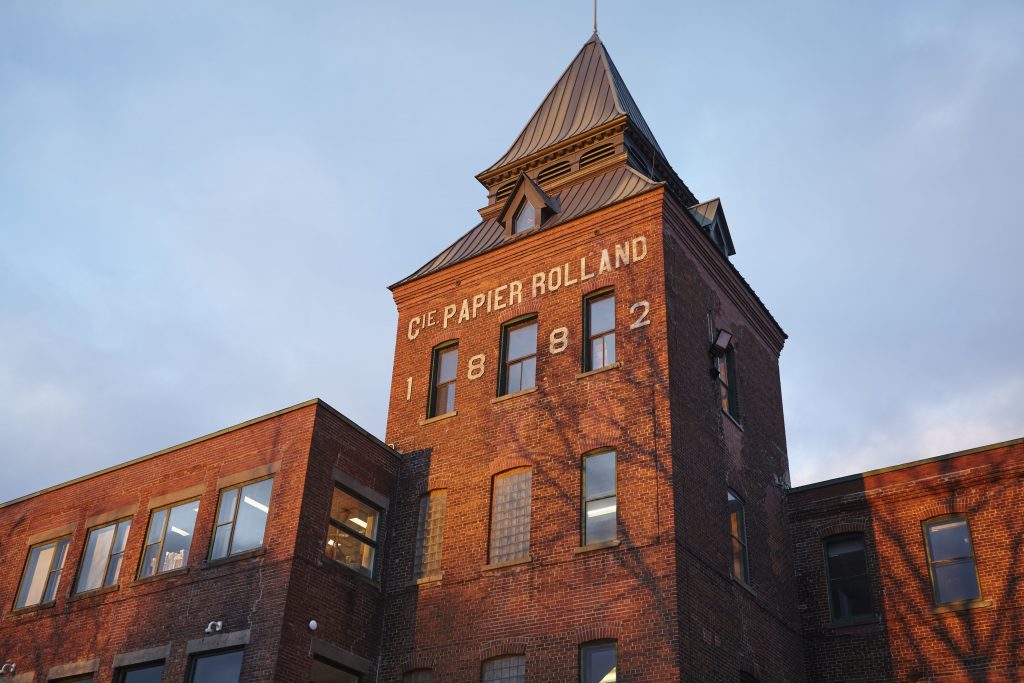 Rolland Paper and its parent company Sustana Group have developed a sustainability strategy for the next decade. Photo: Sustana Group

In February 2019, Sustana Group, a processor of recycled fibre and manufacturer of paper products, released a comprehensive strategy outlining how the company will spend the next decade expanding and improving upon its sustainability goals to achieve a closed-loop system.

Renée Yardley, Sustana Group’s senior vice-president of sales and marketing, says that as the pulp and paper industry enters 2020, leaders need to widen their sustainability scope. For example, Sustana’s 360-degree framework – which was created in response to three of the United Nations Sustainable Development Goals – extends beyond traditional notions of sustainability.

For Sustana Group – the parent company of Sustana Fiber, which manufactures 100 per cent recycled fibre from sorted office papers – the triple bottom line means the company’s impact on not only the planet, but also its people and products.

“Sustainability is in our DNA,” says the Montreal-based Yardley, who is also the vice-president of sales and marketing, North America for Rolland Paper – a Sustana Group–owned paper manufacturer that uses the company’s recycled fibre in its operations.

Over the years, Sustana has built its business on recycling and reusability. The company processes 2.2 million pounds of wastepaper daily to extract fibre for use in paper manufacturing. This amounts to recycling enough paper annually to reduce landfill space by over one million cubic yards. In turn, Sustana produces 500 million pounds of recycled fibre per year and delivers it to paper, tissue and food packaging manufacturers.

Sustana also employs a life cycle assessment (LCA) program across its operations and its products, from raw material extraction and processing through to manufacturing, distribution and eventual disposal, to continually evaluate their environmental impacts. The company’s LCA indicates the impact of its Rolland Enviro paper on climate change is 62 per cent lower than virgin paper. 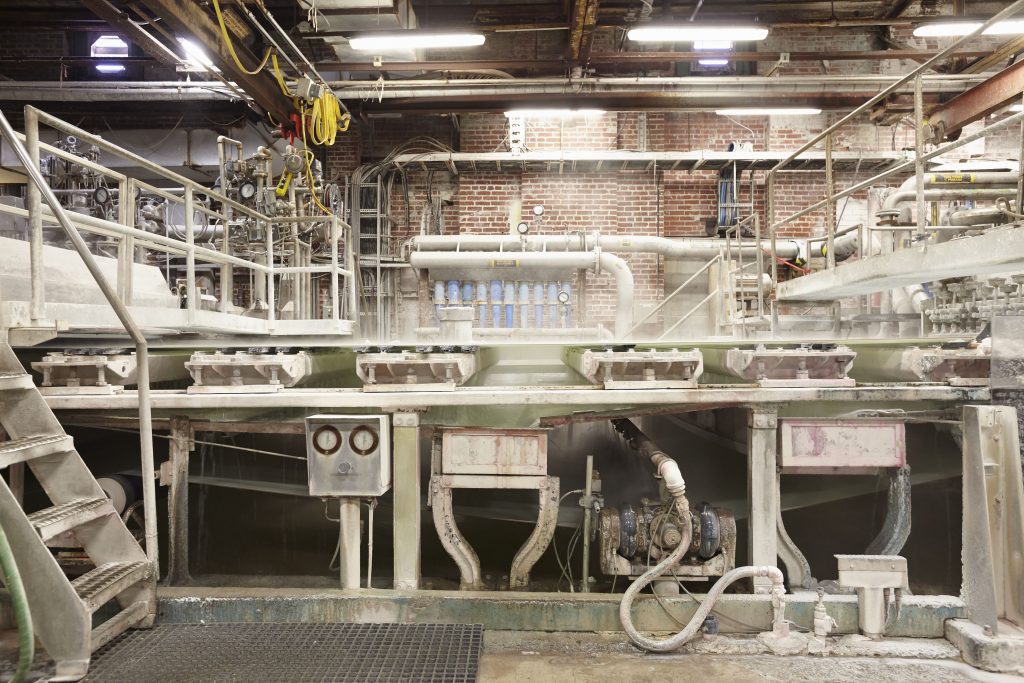 When the post-consumer paper – sorted office papers and packaging – arrives in bales at the Sustana Fiber facilities in Breakeyville, Quebec or De Pere, Wisconsin, it first undergoes a de-inking process to strip away ink and impurities. This process creates pulpable material, but it also results in a byproduct (a mixture of ink, filler, and fibres that are too short for reuse). This recovered byproduct is diverted into landfarming operations, a process that incorporates the nutrient-rich fibre into soil as a supplement.

Sustana’s de-inking facilities do not employ elemental chlorine in their process. They also recirculate water 17 times before eventual disposal. The company has invested in specialized machines to remove the interior plastic liners from paper cups in order to recycle the cups’ paper exterior.

“We use fibre from the ‘urban forest,’” says Yardley. “We have to make sure that we use the resources in a way that conserves them for future generations and that helps the health of the planet.”

For its part, Rolland manufactures paper using renewable energy, biogas and a closed-loop water system that uses on average six times less water in its process than traditional methods (nine times less for its EnviroLife paper line). That system is also able to recirculate water 30 times before it needs to be diverted.

Instead of using predominantly natural gas to power its paper machines, Rolland captures biogas emanating from a nearby landfill, then compresses and transfers it via an eight-mile pipeline into its mill to be used as thermal energy. This reduces CO2 emissions by 70,000 tons every year.

“People talk a lot about carbon dioxide, but methane is actually more potent as a heat-trapping gas. It supplies 93 per cent of our energy needs into the mill,” Yardley says. “There were capital expenditures to do that, but there’s a long term-payoff. I think that’s the one thing that we really have to remember with sustainability initiatives – the payback of the capital investment.” 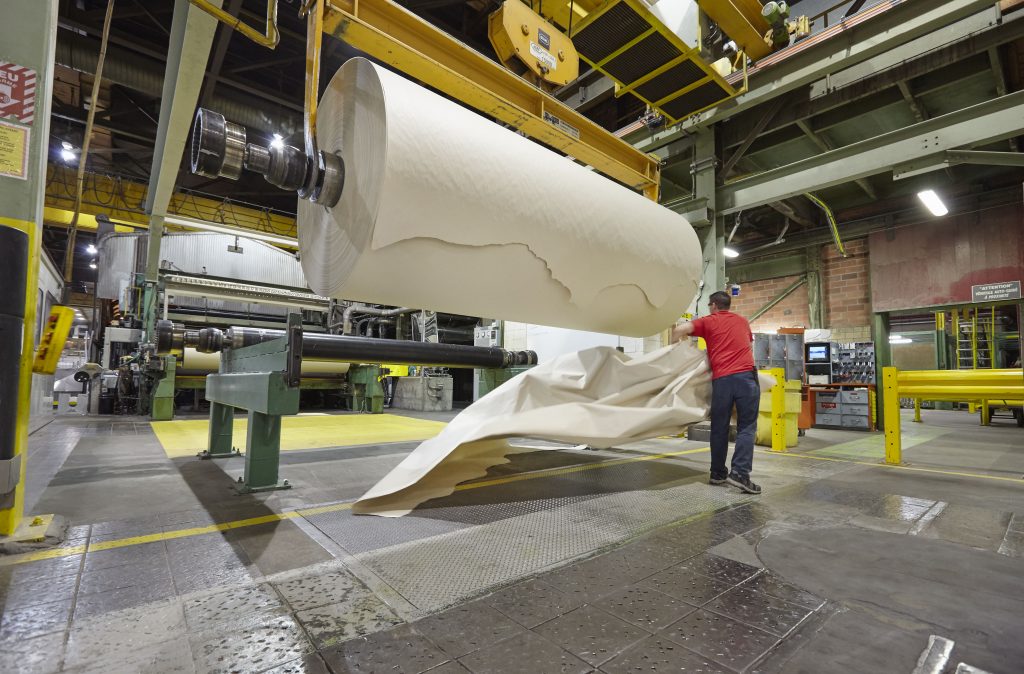 As a large employer, a mill can have a significant environmental and economic impact on a small town. Yardley says that Rolland’s locations in Breakeyville, Quebec, Saint-Jerome, Quebec, and De Pere, Wisconsin, informed development of Sustana Group’s wider-reaching sustainability goals for those communities, such as donating one per cent of its overall profits to initiatives supporting education, youth programs, and environmental conservation by 2020. By 2025, the company says it will raise awareness of recycling through community outreach programs, and also ensure that 100 per cent of its employees are involved in its diversity and inclusion vision through training programs.

By 2030, Sustana plans to send zero waste to landfill and targets a five per cent waste stream volume reduction in all pulp and paper operations and offices. The company also plans to reduce accident rates to zero.

Fibre recovery and fibre sourcing are central to closing the supply chain loop, says Yardley, but moving towards a truly circular economy requires investment in logistics and traceability. So by 2030, Sustana has committed to increasing recovery of new sources of waste fibre by 20 per cent, and to increasing the use of recycled fibres across all products by 20 per cent.

“Customers are more concerned with sustainability and they want transparency in the supply chain,” says Yardley. “They want to know where their fibre is coming from.”

To facilitate this, Sustana Group aims to increase partnerships with external organizations to assist in diverting paper waste from landfills. The organization is also in conversation with municipal facilities to evaluate new recycling streams in a quest to find viable sources of fibre that will uphold its stringent environmental standards.

“A lot of our customers have come to us because they are interested in our sustainable story and in using post-consumer fibre,” says Yardley. “The next step is really closing that loop. Recyclability is not enough. We need to be making sure that we recover and reuse our resources.”