Douglas Jones was born in Cardiff, Wales, and emigrated to Canada in 1913. After he received a degree in chemical engineering from McGill University in Montreal, he began his career in the pulp-and-pa... 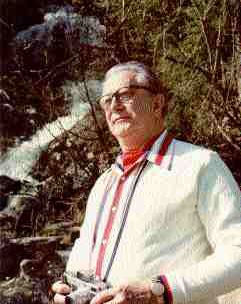 Douglas Jones was born in Cardiff, Wales, and emigrated to Canada in 1913. After he received a degree in chemical engineering from McGill University in Montreal, he began his career in the pulp-and-paper industry with Forest Products Laboratories of Canada (now Paprican) in 1929, rising to the post of superintendent. Between 1937 and 1941, he was paper mill control engineer for Ontario Paper Company Ltd. in Thorold, ON, during which time (1939) he organized and gained election as the first chairman of the Niagara Branch of the Technical Section, CPPA.

In 1941, he took on the position of secretary-engineer of the Technical Section, CPPA. In 1950, he was appointed as its executive secretary and, in 1962, was made its manager as well. In 1970, he assumed the position of director of environmental and technical services, CPPA, a post he held until his retirement in 1972. Then, the Technical Section awarded him honorary life membership.

Douglas Jones was greatly involved in air and water pollution abatement research and programs. As secretary of the CPPA Executive Board Environmental Policy Committee, he acted as liaison officer to the provincial and federal government regulatory agencies and was engaged in stream and air quality improvements. During his long career, Jones wrote more than 50 technical papers, including on such topics as testing equipment, mechanical pulping, pollution and effluent, as well as a classic study on the effect of atmospheric humidity on newsprint in wrapped rolls.

In recognition of his work, the Technical Section, CPPA, established the Douglas Jones Environmental Award. The first presentation was made in 1971.

Related
Report takes on Atlantica challenge
MAKING CDS
Print quality is in the eye of the observer
South America: Rich in resources