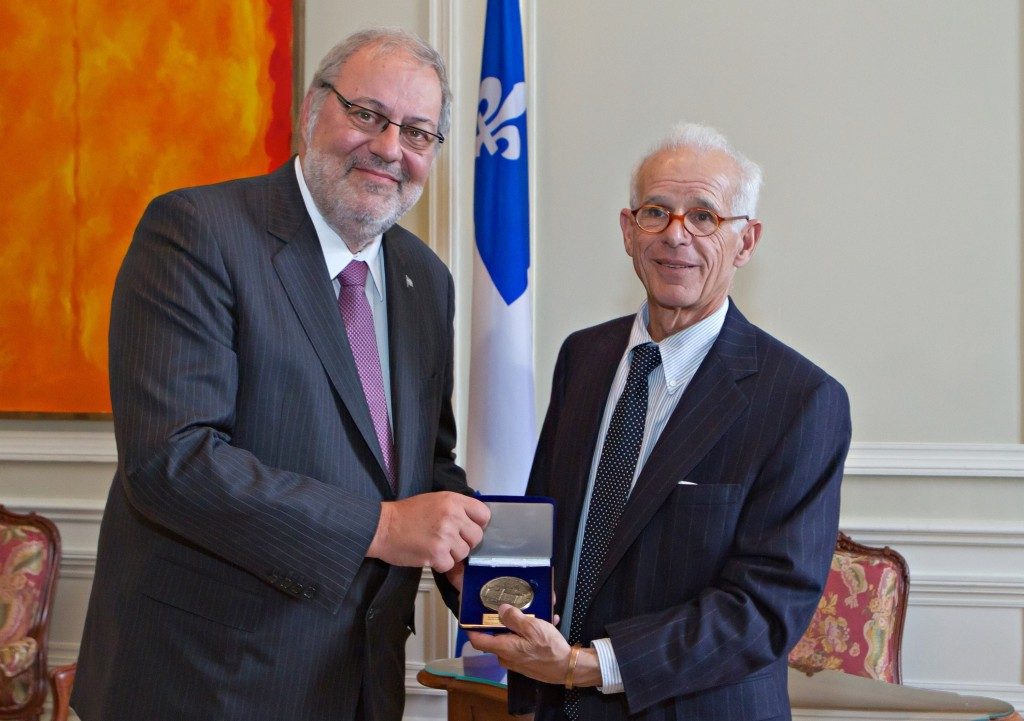 In recognition of his contribution as an exceptional citizen, Joseph Kruger II, chairman and CEO of Kruger, was awarded the Medal of the National Assembly of Québec in May.

The medal was awarded during a ceremony presided by Pierre Arcand, Minister of Energy and Natural Resources and Member for Mont-Royal, accompanied by Laurent Lessard, Minister of Forests, Wildlife and Parks, and other Members of the National Assembly.

The medal underlines Mr. Kruger’s significant contribution to the Québec community through the family company of which he has been chairman and CEO since 1988.

“In addition to being a phenomenal entrepreneur, Joseph Kruger II is, above all, an ambitious, passionate and generous man. I was proud to address the National Assembly to sincerely thank him for his exemplary achievement, and to underline Kruger Inc.’s contribution to the Québec community,” said Mont-Royal MNA Pierre Arcand.