A scant six-months after it was announced, the cellulose filament demonstration plant at Kruger’s Trois-Rivières mill is a reality. The demo facility will produce up to 5 tonnes per day of cellulose filament, enough to permit... 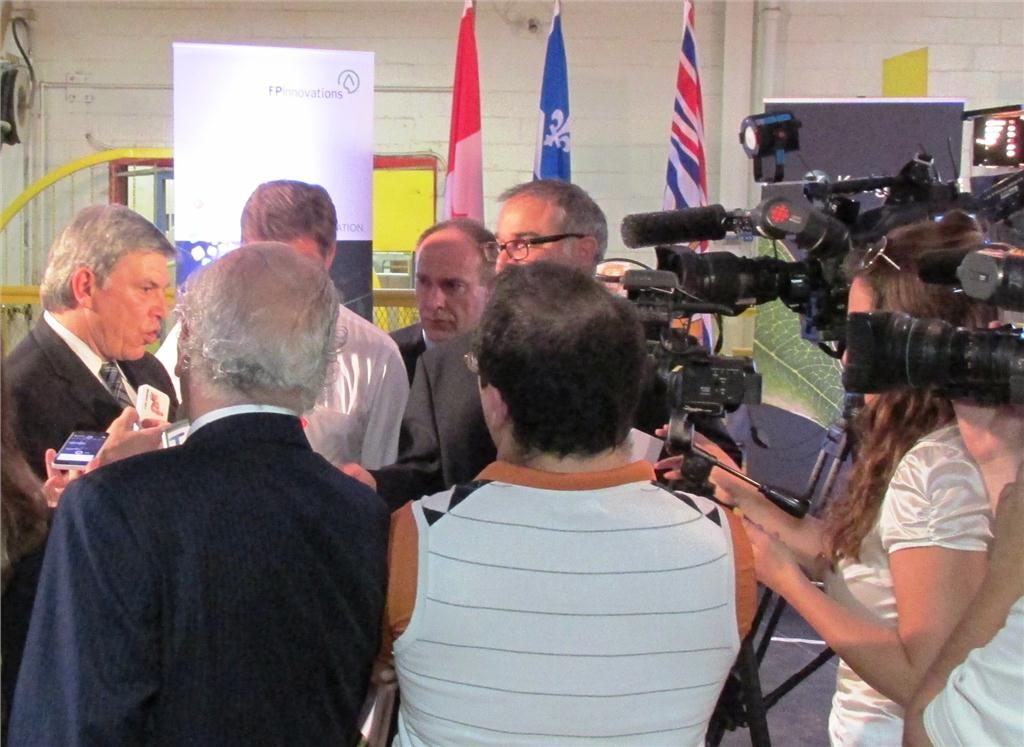 Media, government officials and guests attended the official launch of the plant on June 17.

The demo plant is a collaboration between Kruger Inc. and FPInnovations. An intensive concurrent R&D program will support the industrial scale-up for applications in different commercial pulps, papers, packaging, tissues and towels, as well as thermosets, thermoplastics, coatings, construction panels and non-wovens.

“This project is about more than saving jobs and ensuring the future of one paper mill. It’s about Canada taking the lead in a technology,” said Daniel Archambault, executive vice-president and COO of Kruger’s industrial products division. “I have a lot of admiration for our owner Joseph Kruger. I thank him for pushing us and making this happen.”

Little has been revealed about the manufacturing process for cellulose filament, except that it is a completely mechanical process that uses existing equipment in thermomechanical pulp mills. The analogy that FPInnovations likes to use to explain cellulose filaments is that of Cheesestrings children’s snack, which are rod-shaped pieces of cheese that can be pulled apart into smaller strings.

In financial terms, the demo plant is part of a $43.1 million, three-year project to commercialize cellulose filament technology. Natural Resources Canada contributed $15 million through the IFIT program, Investissement Quebec made a refundable contribution of $11 million, repayable by royalties, Kruger invested $3.75 million, and the government of British Columbia invested $2.25 million. A portion of the funding will come from the sale of cellulose filament to the 13 member companies of FPInnovations.

Archambault noted that more than 57,000 hours of work went into the implementation of the cellulose filaments plant. At one point, 90 contract workers were on site. Capital expenditures for the project are estimated at $9.9 million, while operating costs should be $8.2 million for the entire three-year duration of the project. About 40 researchers are assigned to the project.