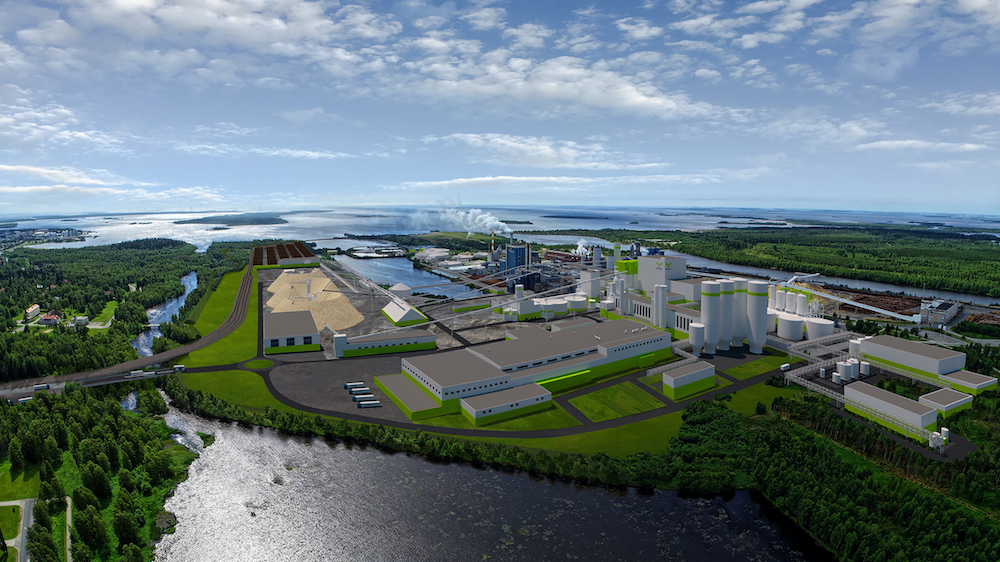 Metsä Fibre, part of Metsä Group, will proceed with the construction of a new bioproduct mill at the site of its existing pulp mill in Kemi, Finland.

The company had been working on engineering and construction plans since last summer and was awarded its environmental and water supply permits in December.

The value of the investment is EUR 1.6 billion, which makes it the largest ever made by the Finnish forest industry in Finland.

The construction phase, which will employ about 15,000 people over about two and a half years, will be completed during the third quarter of 2023.

The new bioproduct mill will secure the 250 jobs in the existing Kemi pulp mill, which will be torn down as part of the construction. About 500 people total work at the Metsä Group’s Kemi mill site.

The bioproduct mill will create around 1,500 new jobs across its entire direct value chain in Finland, most of them in wood sourcing.

What is a bioproduct mill?

The company’s bioproduct mill concept relies on the resource-wise use of wood as a raw material and side streams of production.

In the concept, the renewable wood raw material and production side streams are used in full as different bioproducts, thus replacing fossil-based materials and fossil fuels. The first totally new mill using the concept is the Äänekoski bioproduct mill that was started in 2017.

A significant part of the pulp produced at the Kemi bioproduct mill is processed into linerboard at Metsä Board’s mill, so the company will increase the capacity of the linerboard mill.

The Kemi bioproduct mill will produce some 1.5 million tonnes of softwood and hardwood pulp per year, as well as many other bioproducts.

It will also produce 2.0 TWh of renewable electricity per year, which equals to roughly 2.5 per cent of Finland’s total electricity production and, together with Äänekoski bioproduct mill, roughly 5 per cent.

The Kemi mill will be built using technology that meets and even exceeds the EU BREF requirements.

Despite the clearly increased production compared with the current Kemi pulp mill, the new bioproduct mill will stay below the emission limits of the current environmental permit of the existing mill.

Vendors already on board

The main partners for the construction project are Valmet, ABB, AFRY and Fimpec. The project will be implemented as buyer-driven subcontracting, which also allows for the participation of smaller companies.