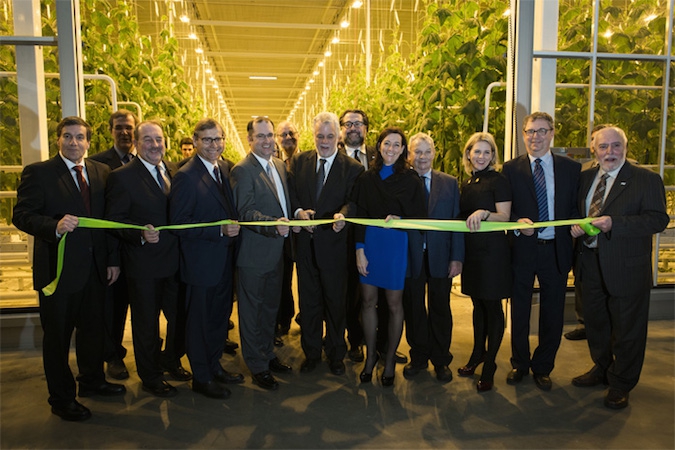 Located on land adjacent to Resolute’s Saint-Félicien pulp mill, Toundra Greenhouse is a cucumber-growing complex in which Resolute owns a 49 per cent joint-venture interest. Upon completion, the C$100 million, four-phase project will cover 4 million square feet and create more than 500 jobs. The complex already covers about 1 million square feet (8.5 hectares), employs 100 workers and has an annual production capacity of over 45 million Lebanese and English cucumbers.

“What’s unique about this greenhouse is that it covers 25 per cent of its heating needs by using heat waste from our Saint-Félicien mill. At full capacity, Toundra Greenhouse will be able to lower its heating costs, while we will reduce our greenhouse gas emissions at a rate equivalent to taking over 2,000 vehicles off the road per year,” said Resolute president and CEO Richard Garneau.

The ultimate goal of Toundra Greenhouse, according to the parties, is to make Quebec a “self-sufficient producer of the vegetables it consumes, thereby reducing imports from outside the province.” Now that production has begun, it will be able to compete with Mexico, California, Spain and Ontario, which, up to now, supplied 95 per cent of the cucumbers consumed in Quebec.