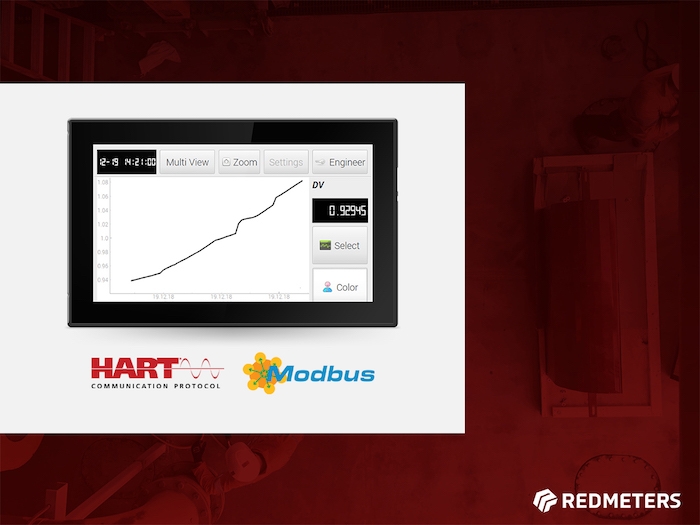 May 1, 2019 – Red Meters has unveiled upgrades to the electronic components of its non-nuclear slurry density meter, which will deliver interoperability, new software and analytics features, and new customization options.

Early adopters of the Red Meters technology, including process control engineers and operators, communicated their need for interoperability between measurement instruments and a wide range of control systems. Analog input alone, which was the initial electronics output for the Red Meters, is of limited use for customers who have sites where they are bridging the gap between analog electronics and the new digital world.

Following this feedback, Red Meters V2 electronics boasts HART Protocol, which acts as a bridge between old and new technologies, as well as Modbus. Including both of these technologies allows for integration for companies who operate both legacy or modern systems alike. Red Meters V2 electronics support HART output out of the box for any of the variables being measured, not just density or per cent solids.

The software has also had some significant developments including remote support and diagnostics allowing customers to request assistance and diagnostics remotely – all without having to physically access the meter. This is especially helpful for remote installations and includes remote data log upload and download.

Prior to the V2, Red Meters provided live outputs and historical readings without being able to totalize the targets. The V2 includes totalizers to do so.

To round out the electronics upgrades, new industrial screens have also been added. The robust screens are designed to withstand volatile environments and can now be separated from the computer as opposed to being physically integrated with the meter, allowing for operators to not be situated next to the meter.