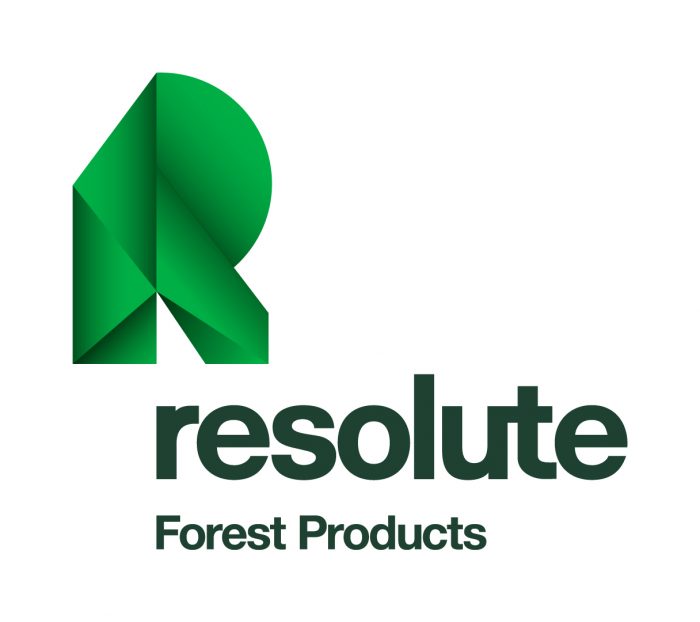 Sales were $705 million in the quarter, a decrease of $269 million from the year-ago period.

“Ongoing weakness in market pulp pricing had a significant impact on our quarterly results,” says Yves Laflamme, president and chief executive officer. “While paper has come under pressure this year and lumber markets continue their slow recovery, we are pleased with the progress in sales growth and productivity gains in the tissue business, as we continue to build our position in the segment with positive EBITDA.”

Laflamme continues, “In October, we successfully used our strong financial situation to increase and extend our senior secured credit facility by $175 million, providing us additional liquidity at very competitive terms to support our transformation initiatives. The proactive steps we have taken over the last few years to strengthen our balance sheet position us well to execute on our strategy despite the cyclical downturn currently affecting the industry.”

The company reported an operating loss of $18 million in the quarter, compared to operating income of $40 million in the second quarter. Lower pricing adversely affected results by $48 million, particularly in market pulp ($34 million), as did an increase in manufacturing costs ($19 million) due to more planned maintenance outages this quarter, and an increase in chemical costs. Lower freight costs and a decrease in share-based compensation expense partially offset these unfavourable items. Overall volumes remained unchanged, as the 25 per cent increase in market pulp shipments outweighed lower paper and lumber volumes.

“We expect challenging conditions in market pulp to persist at least through the end of the year, but we see encouraging signs and stronger industry operating rates for softwood pulp, which represents about two-thirds of our production capacity,” says Laflamme.

The market pulp segment recorded an operating loss of $12 million in the third quarter compared to operating income of $27 million in the second quarter. The drop in profitability was largely attributable to the 15 per cent lower average transaction price, to $625 per metric ton, as global market conditions further weakened. The operating cost per unit (the “delivered cost”) rose by $34 per metric ton, to $664, largely due to additional maintenance costs, mainly incurred during the scheduled outages at two mills. Given steps taken to reduce finished goods inventory, shipments rose by 63,000 metric tons. Despite the volume increase, EBITDA fell to negative $5 million in the third quarter. Finished goods inventory dropped to more normal levels of 74,000 metric tons at quarter-end.

The tissue segment incurred an operating loss of $3 million in the quarter, an improvement of $1 million compared to the second quarter, and building on the gains of the previous quarter. Favourable product mix and continued pricing gains for away-from-home products led to a $46 per short ton increase in average transaction price, to $1,741, more than offsetting the $32 per short ton increase in delivered cost. As a result, EBITDA improved slightly to $1 million.

At $4 million in the third quarter, newsprint’s operating income decreased by $13 million compared to the previous quarter. Sales retreated by 14 per cent as the average transaction price decreased by $24 per metric ton, to $573, and volume was 36,000 metric tons lower, at 314,000. The drop was more significant in offshore markets, which account for approximately 40 per cent of newsprint volumes. Even with the reduction in shipments, finished goods inventory remained relatively unchanged at 104,000 metric tons at quarter-end, as the company continued to take temporary production downtime. Lower volumes combined with unfavourable chemical usage led to most of the $13 per metric ton increase in delivered cost. As a result, EBITDA decreased by $14 million to $11 million for the quarter, equivalent to $36 per metric ton. EBITDA margin decreased to six per cent.

The specialty papers segment generated operating income of $4 million in the quarter, down $11 million from the second quarter. Pricing decreased by $21 per short ton to $732, while shipments declined slightly to 185,000 short tons. The delivered cost also increased by $29 per short ton, to $705, mainly as a result of higher maintenance and lower cogeneration contribution associated with downtime – mostly planned – at one mill. EBITDA decreased to $15 million, or $85 per short ton. EBITDA margin declined to 11 per cent.