STAMFORD, CT -- In a friendly takeover, Repap Enterprises Inc. has sold its remaining mill to Finnish forestry giant UPM-Kymmene Corp. for $160 million. In the deal UPM-Kymmene pays 20 cents a share, ... 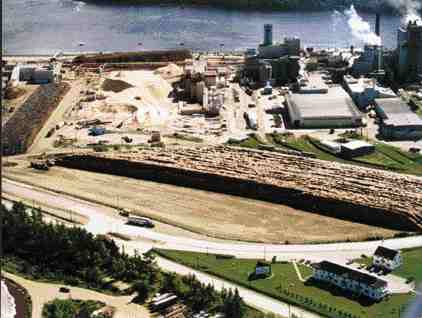 The Miramichi mill: UPM-Kymmene is paying $160 million and assuming $900 million in debt to acquire the assets of the remaining Repap mill

STAMFORD, CT — In a friendly takeover, Repap Enterprises Inc. has sold its remaining mill to Finnish forestry giant UPM-Kymmene Corp. for $160 million. In the deal UPM-Kymmene pays 20 cents a share, twice what the shares were trading before the late August offer. It is also taking on $900 million in debt.

Among the assets that UPM acquires is a modern 450 000-tonne/year fine-paper mill producing coated groundwood paper, three-quarters of which is shipped to US clients like Time magazine. The sale bodes well for the almost 1500 employees of the fine-paper mill, two pulp mills and two sawmills in Miramichi, NB, though it marks the end of the company founded by Montreal pulp salesman George Petty. In the 1980s, he gained a reputation as a rebuilder of ailing pulp-and-paper mills, largely financed on borrowed money. Debt, however, eventually forced Repap to sell everything in 1997, except installations on the Miramichi River, which became a prize asset. “Repap’s management and personnel have done an outstanding job over the past years to improve the financial and operational performance of the company. The fully integrated mill will enable UPM-Kymmene to better serve its North American customers,” said Juha Niemela, president and chief executive officer of the Helsinki-based company.

The acquisition is subject to approval by Repap shareholders at a meeting in October, but it should have little trouble gaining the required two-thirds majority. The boards of directors of both UPM-Kymmene and Repap have unanimously approved the transaction. In addition, Repap’s two largest shareholders, the Third Avenue Trust and TD Asset Management Inc.– which control about 31% of the common shares — have assented to the deal.