A Montreal-based pulp and paper expert was recently recognized with an achievement award by TAPPI, the Technical Association of the Pulp & Paper Industry.

The award recognizes outstanding accomplishments or contributions advancing the technology of paper and related industries.

According to the committee, they were impressed with McDonald’s extensive studies in winding and press technology, alongside universal mathematical expressions.

“In later years, his contribution to fundamental understanding of fibre wetting and pressing is unmatched,” the committee says in a statement. “His research contributions have led to technological advancements which are still in use today.” 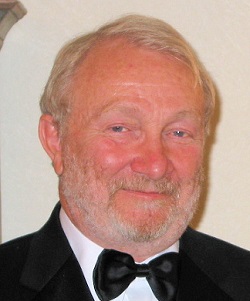 He also served as the senior advisor of FIBRE, the umbrella organization for the eight Canadian forest industry university networks.

McDonald is a fellow of both TAPPI and PAPTAC and has received many awards including the TAPPI Engineering Division Award as well as the highest technical awards from PAPTAC (the John Bates Gold Medal) and from TAPPI (the Gunnar Nicholson Gold Medal).

“Although I have served on several TAPPI committees and made presentations at many conferences, the benefits of being a member of TAPPI have outweighed my contributions,” says McDonald. “The honour of being recognized for this award is another example.”

The award would have been handed out at TAPPI’s PaperCon conference that was postponed earlier this year due to the COVID-19 outbreak. PaperCon returns in April 2021 as TAPPICon.