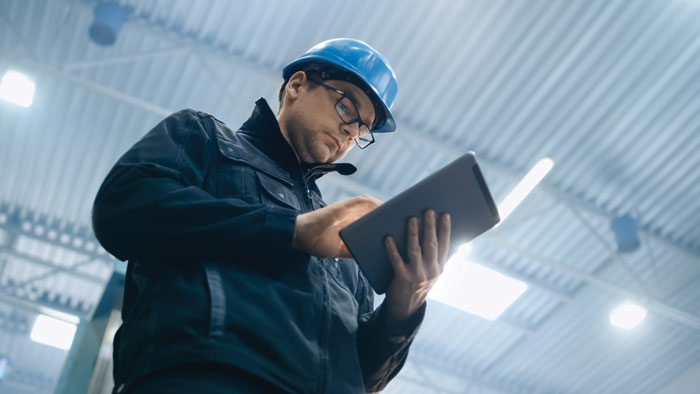 A mistake that nearly cost a quarter of a million dollars is what led Wesley Sessenwein to develop technology that uncovers billing discrepancies in maintenance contracts for pulp and paper mills.

“I’ve seen double-billing errors my entire career in heavy industry,” explains Sessenwein, a project manager who has worked throughout Alberta in process industries such as pulp and paper and oil and gas.

“On the contractor side, I used to spend hours every day scouring the billing, making sure that we didn’t under-bill an owner or producer, and also that we didn’t overbill them. I took great pride in that.”

But, as humans are prone to do, Sessenwein eventually made an error, accidentally approving a bill for $250,000 to be sent twice to a customer. That compromised the company’s standing with the client and, he says, “nearly wrecked the relationship.”

The error was caught before the bill was paid, and all was smoothed over. But it got Sessenwein thinking.

“It really is a human-driven industry and I think we lack the tools we need to move large volumes of money around in a contract-compliant manner,” he says. “I knew that if I was missing this stuff with the level of interest that I have in it, others would be for sure.” 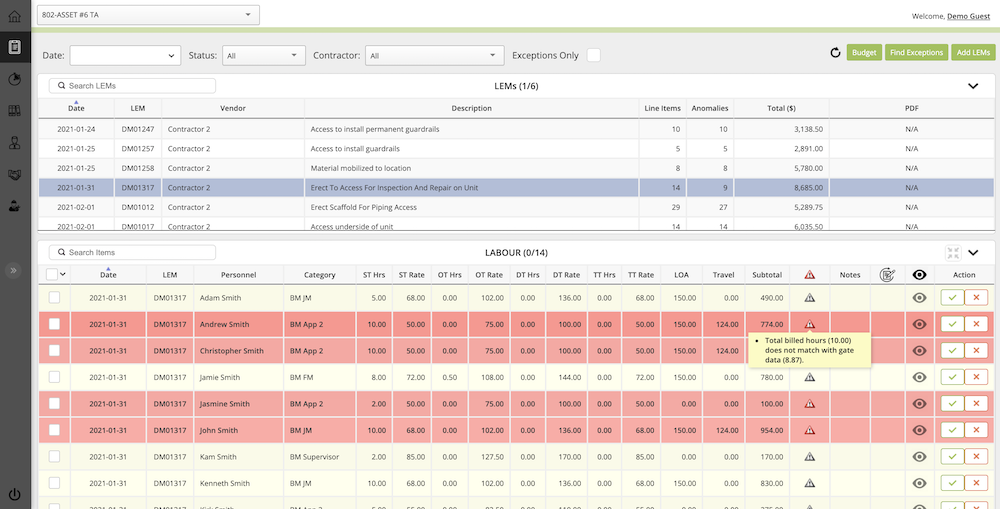 Sessenwein co-founded Project: Recapture in 2017 alongside business partner Jennifer Hunter, with their sights set on driving efficiencies in the pulp and paper industry.

“We meet operations teams who really care about protecting their mill’s bottom line, and who want to make sure that the contractors are getting paid for the work they’ve done. So they spend a lot of time trying to validate the billing,” says Sessenwein.

“The challenge is that there’s so many documents they need to review in order to validate and make sure that they’re getting it right the first time.”

Project: Recapture automates the process of cross-checking billing from vendors and contractors against documents such as labour agreements, contract rate sheets, access control time logs and prior bills.

“[There are] people who really care deeply about this specific problem and believe there’s money being left on the table.”

This is an advantage for an organization as large as a pulp and paper mill, which employs multiple supervisors in different departments who approve billing for general maintenance contracts or shutdown periods.

The system will flag discrepancies such as double billing, overbilling or time spent – for example, if multiple supervisors unknowingly approve the same contractor’s bill, leading to double charges for a single day’s work. Or, if a timesheet includes a line item for 15 hours of labour but the access control log shows the worker was only onsite for eight hours.

Correcting billing issues as they arise is helpful when it comes to maintaining productive relationships with contractors, Sessenwein says. “Mill operations teams can have those incremental, difficult conversations along the way, as opposed to a single catastrophic conversation a year after the work is done.”

The online software runs through the data and presents audited billing in a dashboard. Bills that pass are shown onscreen shaded in green and don’t require further attention from a supervisor.

Any bill that requires additional oversight is clearly marked in red. Within each entry, the user can review associated information such as wage rates, premium time, and labour equipment material (LEM) reports.

Sessenwein estimates this system significantly reduces the amount of time a supervisor needs to spend sorting through billing by about 80 per cent – and is what enables a supervisor to drive cost changes within their organization.

“Mills have a great finger on the pulse of what’s going on – they just might not have the time or resources to dig in and find out,” he says. “By collecting this data, we’re able to show [operators] what they’ve spent in relation to their budget. This gives them a real edge on managing the contract and knowing what they’ve spent to date.”

A case in point

A North American pulp mill that implemented the Project: Recapture software to automate the validation of daily costs in a multimillion-dollar turnaround event realized a five per cent reduction in spend.

The software ran through contractor-submitted daily LEMs in real-time, and mill users managed billing anomalies that had been identified by the software, which were then adjusted by the contractor.

“We’ve seen a material decrease of hundreds of thousands of dollars in spend in our first few engagements,” notes Sessenwein. Early results show mill users are saving, on average, over $5,000 an hour using the software.

“Most maintenance contracts see leakage from overbilling between four and 11 per cent, which is significant,” he says. “When you look at the scale of the pulp and paper operations we’ve got across North America, you can see how that could easily be a problem in the neighbourhood of a million or more dollars a year per facility.”

The automation of administrative processes to eliminate human error can be a good way to free up workers for more valuable tasks, and to put pulp and paper organizations in a stronger position for 2021.

“The market has a lot of downward pressure and people will be looking at costs,” says Sessenwein. “[There are] people who really care deeply about this specific problem and believe there’s money being left on the table.”

This article appears in the Winter 2021 issue of Pulp & Paper Canada.