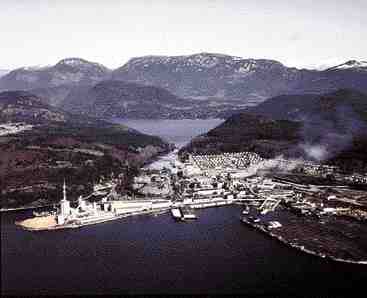 CHETWYND, BC — Louisiana-Pacifica Canada announced that it will indefinitely close its hardwood bleached-chemi-thermo-mechanical pulp (BCTMP) mill in Chetwynd, BC.The mill, which has curtailed produc…

CHETWYND, BC — Louisiana-Pacifica Canada announced that it will indefinitely close its hardwood bleached-chemi-thermo-mechanical pulp (BCTMP) mill in Chetwynd, BC.

The mill, which has curtailed production since April 2001 due to prolonged weak market conditions, will remain down until a new owner can be found. The company will maintain, winterize and secure the mill, while actively continuing efforts to sell it.

All of the Chetwynd’s mill 192 employees will be affected by the curtailment. A fourth quarter charge to earning of approximately US$5-10 million for severance and other related closure liabilities is anticipated. Another 90 contract loggers and industry-related jobs will be impacted as well.

The Chetwynd mill is capable of producing 160 000 air-dried metric tonnes of bleached-chemi-thermo-mechanical pulp.

HARTSVILLE, SC — Sonoco announced that it has signed a definitive agreement to purchase the 90 000-ton paper mill at Hutchinson, Kansas from Republic Group LLC, a privately-owned investment group. The mill is expected to be slightly accretive to Sonoco’s earnings in the first year. The purchase price was not disclosed.

The Hutchinson mill, which has two pressure former paper machines and employs approximately 145, had annualized sales through September 30, 2001 of approximately US$30 million. Sonoco is the mill’s largest customer, purchasing paperboard for composite cans, primarily for refrigerated dough products, and for tubes.

VANCOUVER, BC — NorskeCanada has announced the permanent closure of its kraft pulp operations at the Powell River mill, BC, in late November. This move will improve NorskeCanada’s net results by $15 million. The company said that there was an “overwhelming business case” to close the facility, which it also said was “cash negative and would be a drain on the company’s earning if it continued to operate.” Its recent purchase of Pacifica Papers has left it with more pulp production capacity than it needs to supply its paper operation or that it can sell economically on the open market.

The closure, which includes the mill’s stone groundwood and woodroom operations, would eliminate 280 jobs. It has committed $30 million to help employees find other jobs in the company or accept a voluntary severance offer. NorskeCanada will maintain its papermaking operations in Powell River.

Powell River mill, circa 1986. The kraft pulp operations will be closed.