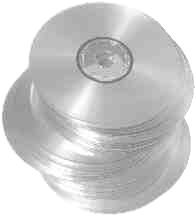 Although they have been available for several years, digital cameras with useful quality at a reasonable price have only recently appeared on the market. They are now effective tools for facilitating …

Although they have been available for several years, digital cameras with useful quality at a reasonable price have only recently appeared on the market. They are now effective tools for facilitating communications between mills and suppliers or technical support people.

A digital camera looks like an ordinary camera, but instantly produces an image as a file that can be readily printed or transferred to a computer. Instead of film, digital cameras store the pictures on a memory card (except for the Sony Mavica discussed later). Since the file is stored on a hard disc in the computer, it can be copied to a floppy disc, or sent by E-mail. Enlarging and cropping the image, or adding notes can be readily accomplished without resorting to outside expertise.

With a digital camera, you can take a picture of a damaged machine and E-mail it to the technical experts at the manufacturer’s plant in a few minutes. This is helpful in diagnosing problems and selecting the correct spare parts. Vendors can send pictures of products equally rapidly, to assist telephone discussions, or to describe how to operate equipment properly. There are many analogous uses.

Scanners were discussed in the September 1999 issue. They make digital pictures of paper sheets, and can substitute for a digital camera by scanning a normal photograph, or a Polariod picture. Digital cameras are more portable and convenient than scanners. The better digital cameras produce better quality pictures than ordinary scanners.

Scanner technology seems to be stable. On the other hand, digital cameras are being developed rapidly. The rate of improvement is now leveling off, so I decided to send the money on a Canon PowerShot S10 camera a few months ago.

Prices range from about $300 to over $10 000. Good cameras are available for about $1000 now, which are adequate for most purposes, and can produce pictures almost as good as the professional ones.

The top end single lens reflex cameras, like the D1 from Nikon or competitive models, use the standard Nikon (or similar) lenses. This provides excellent optical quality, a wide range of zoom capability and is convenient for those already owning the lenses. However, they are even more bulky than a conventional SLR, and cost several thousand dollars.

Points to look for in the moderately priced cameras include resolution, time delay between pressing the shutter and a picture being taken, batteries, time for transfer picture from camera to computer, and camera size. When shopping for a camera, beware of vendors who quote price without the rechargeable battery and 110-volt charger. After searching the Internet, we found the best price at a downtown Montreal photo shop that advertised in the newspaper. An old-fashioned phone call, credit card and FedEx completed the purchase.

The resolution of the picture is a key factor. This is defined in pixels, just like a computer monitor. A typical resolution in a cheaper camera would be 640 x 480 pixels, which would result in 307 200 pixels in the picture. This will give a reasonable picture about 200 mm wide on a computer screen. For pictures that look good on a screen, about 3 pixels per millimeter of screen width or height are necessary. A camera that will record a Megapixel (1 000 000 pixels) will give good results on most pictures for most people. Greater resolution is useful if you want to enlarge one part of the picture, or print copies that approach a traditional photograph in detail.

I can take a photo of a page of this magazine with our 2-Megapixel camera and it will print very clearly. The camera is therefore a pocket photocopier, although it will never replace a real photocopier for day-to-day use.

Digital cameras can take up to about a second to take a picture after you press the shutter. This is a minor aggravation in many situations, but a disaster for action shots. Our Canon takes about one third of a second.

Current cameras operate only an hour or so on their batteries, and usually it is necessary to remove the batteries and install them in a separate charger, instead of just plugging in to a power outlet. Imagine having to do that with a cell phone or laptop computer. Some cameras can use throwaway batteries, but I am too much of a Scot to use them. All digital cameras use a small LCD screen for a viewfinder, which is energy hungry and can result in battery life as short as 20 minutes. Most digital cameras have a traditional optical viewfinder in addition, so that the LCD screen can be switched on only to view pictures and to adjust the camera settings. By doing this, and switching the camera off between shots, I find that the limited battery life is acceptable.

There are several ways to connect the camera to your computer. With the serial port, it can take a minute or so per picture, which is long enough to be very aggravating for a series of pictures. The USB port on the newer computers and many digital cameras reduces this to a few seconds per picture, which I find satisfactory. The fastest transfer technique is to have a dedicated expansion card in your computer to accept the memory chips from the camera.

The Sony Mavica cameras use a floppy disc, which can be convenient and requires no special hardware or cables, but is clumsy with a lot of pictures. The floppy disc is very convenient where the camera will be used by many people.

The cheapest digital cameras have mediocre lenses, but those in the $1000 range have sufficiently good lenses for most users. Optical zoom capabilities are limited to 3:1 in most cases. Our Canon has a zoom of only 2:1, but is smaller than any of the other 2-Megapixel cameras.

Having looked at the features available in the under $1000 cameras, we decided on the Canon PowerShot 10, primarily because of its small size.

Most cameras in this price range have all the basic features like zoom lenses, built-in flash, removable memory cards, optical viewfinders etc. Each also has a few features that are either unique, or are present in only a few of the cameras. The Canon has two features that few of its competitors have. These are the ability to take black and white photos, (saving memory and disc space) and the capability of “stitching” a series of photographs together.

Most cameras are sold with a memory card with 8 Mb capacity. In our Canon, this allows us from seven to 80 shots, depending on the image quality we select.

The Canon can use memory cards up to 48 Mb, and can also accept a tiny 340-Mb hard disc, which would allow up to about 3000 pictures to be stored.

There is a web site dedicated to the pulp and paper industry at www.paperonweb.com that includes a host of links.