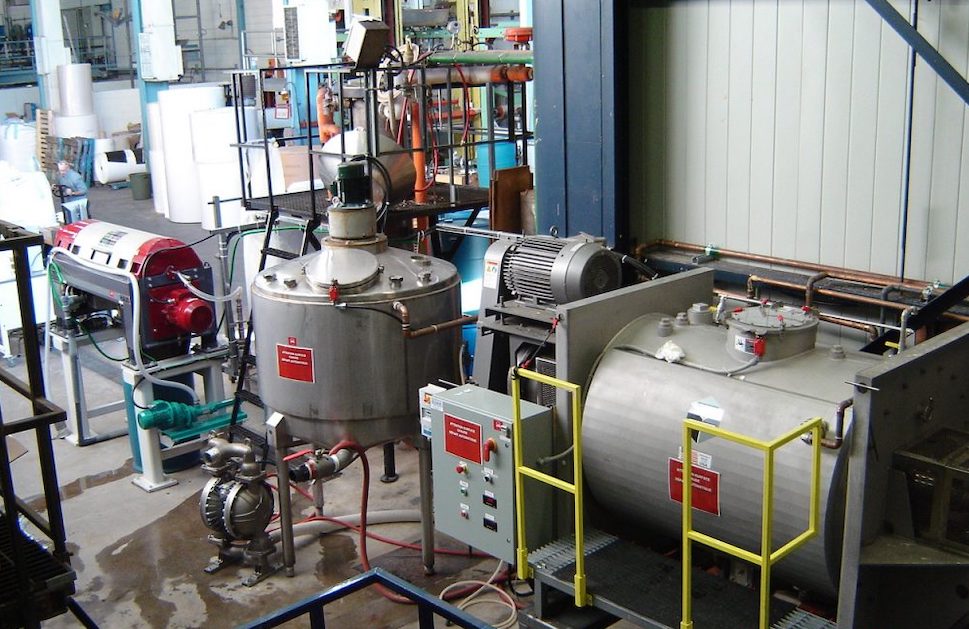 The plant, which can treat 100 metric tonnes of biomass annually, produces lignin and sugars that will be used to develop new bio-products.

But where did the idea for the TMP-Bio plant initially come from and how does it work?

Over the past few years, FPInnovations had been working on processes to produce different materials and chemicals. One of these processes was the production of sugars from cellulose and lignin from trees, Jean Hamel, vice-president of industry at FPInnovations, tells Canadian Biomass (a sister publication of Pulp & Paper Canada).

“One of the challenges of producing sugars is that you need to take the biomass and physically separate the wood component to give you access to the enzymes, so [they] can easily chew the cellulose and transform it into two types of sugars (C5 and C6 sugars), and then separate the sugars from the lignin,” he explains. “The cellulose and sugars are chemicals that represent about 90 per cent of the mass of the tree itself.

“We came up with a technology that we call the TMP-Bio process, which makes use of refiners to break and open the fibres, react the enzyme with the cellulose and then separate the sugars and lignin components, providing two streams of bio-sourced chemicals,” Hamel says.

“In this process, we are doing the inverse – we are dissolving the cellulose and the lignin remains intact.”

“A big part of the process is to make the reaction with the enzyme and separate the products, and then clean up the two product streams to obtain the quality required for industrial and commercial applications,” he explains.

“What’s interesting is, if you look at how you make kraft pulp, what the kraft process does, it kind of dissolves the lignin around the cellulose, so the fibres remain intact,” he continues.

“But in this process, we are doing the inverse – we are dissolving the cellulose and the lignin remains intact. The molecular structure of lignin we obtain from this process is closer to what you’d find in a tree than the kraft lignin. This is very interesting for the industry as both lignins have different properties, increasing the range of potential new product applications that the forest industry can produce.”

Initially, FPInnovations tested this process in a small-scale pilot plant in their facilities, using separate units to test different phases of the process. They used the results of these tests to design a larger-scale plant as the process needs to be tested on an industrial scale and a continuous basis, Hamel says.

“What we had was all separated small-size units and not necessarily very practical to produce significant quantities to be tested by potential users. Also, it was not sufficient to provide us with good information about how a full-size plant would look and how much it would cost because we needed to test and optimize the operating parameters,” he explains.

In developing this technology, FPInnovations wanted to use pre-existing equipment or processes as much as possible.

In 2016, the organization began discussing the possibility of developing a TMP-Bio pilot plant with its members and partners, and started looking for a site. Eventually, they formed a three-year strategic research alliance with Resolute Forest Products.

The partnership stipulates that FPInnovations is in charge of constructing and operating the plant, while Resolute hosts the plant at its Thunder Bay pulp and paper mill and supports the integration of the plant in their facilities.

Construction on the site began in September 2018. “It took about a year or two – eight months to build the plant, and then starting operations and commissioning,” Hamel says. “Now the plant produces sugars and lignin. We still have to do some fine-tuning, but we’re quite happy to have built the plant, as planned, on time and on budget, and we’re pretty happy with the outcome now.

“We have a lot of discussion and guidance working closely with Resolute to help us conduct the project, which consists of both the on-site process and product applications for the three-year duration of the project,” he elaborates.

Ten process units for the TMP-Bio process were installed in an area of Resolute’s pulp and paper mill that is no longer in use.

The project development, which ultimately cost $23 million, required co-ordination from numerous supporting organizations. The federal government provided $5.8 million in funding to help accelerate the development of the plant, as well as production and commercialization of the green bio-chemicals derived from the TMP-Bio process.

“We have a lot of discussion and guidance working closely with Resolute to help us conduct the project, which consists of both the on-site process and product applications for the three-year duration of the project.”

Other key players in the project’s development included the Ontario Centre for Research and Innovation in the Bio-Economy (CRIBE), FedNor, the Northern Ontario Heritage Fund Corporation (NOHFC), the Thunder Bay Community Economic Development Commission and the Ontario Ministry of Natural Resources and Forestry. The Ministère de Forêts, de la Faune et des Parcs du Quebec and the Nova Scotia Innovation Hub also contributed to the research on potential applications of the process.

Once the plant was commissioned, FPInnovations and Resolute received an additional $2 million through Natural Resources Canada’s Clean Growth Program.

FPInnovations and Resolute are now approximately two years into the three-year project, and have found the new TMP-Bio plant represents an important step towards opening up new markets for the forest products sector.

Those applications include using the two types of sugars produced from the process (C5 and C6 sugars) in the chemical supply chain to produce plastic chemicals.

“Right now, there’s a big demand around the world in terms of research and product development for making chemicals from these sugars instead of making them from oil-based products. So, there’s a new supply chain building and the chemists can use these chemicals and these sugars to make a different type of chemical, like succinic acid, and so on,” Hamel says.

The lignin produced in the process can also be used in different applications, such as in resins. There is also the potential to use both lignin and sugar in applications such as animal feed additives.

Currently, a team of five researchers from FPInnovations work at the TMP-Bio plant full time.

“This is not an industrial process; it is a demonstration plant that is operating, and not on a 24-hour cycle,” Hamel explains. “We start the plant for a few days and then we stop and we look at the results to do some modifications. That’s really what demonstration plants are for. It’s to test different operating parameters aimed at optimizing the plant for the next phase, which will be an industrial site.”

“Right now, there’s a big demand around the world in terms of research and product development for making chemicals from these sugars instead of making them from oil-based products.”

Testing the process and conducting experiments will allow FPInnovations to determine the best operating conditions, detect potential issues and make changes so the future full-size plant will have the best operations at the lowest cost. It also helps them evaluate potential risk; for example, the team wants to test reactor materials to see if there are any problems with corrosion.

“That’s why nearly all of the process development goes through that phase – so you can minimize your risk when you’re going full-size and commercial,” Hamel says.

The next phase for the plant will depend on which application is determined to be the most viable and the size of its market, as well as the strategy around product development.

As the process is commercialized, FPInnovations will play a supporting role. The organization’s job is to make technologies such as the TMP-Bio process as mature as possible and reduce risks, obtain more information about the capital and operating costs, and to understand markets and customers, Hamel explains.

The ultimate goal is to have one of the organization’s members construct and operate an industrial site and develop the new market.

Regardless of which company takes up the torch, it’s clear the TMP-Bio technology presents multiple opportunities in new markets, especially as countries around the world look to transition from fossil fuels to renewable resources and processes.

Ellen Cools is the editor of Canadian Biomass, where this article was originally published.

This article appeared in the Fall 2020 issue of Pulp & Paper Canada.